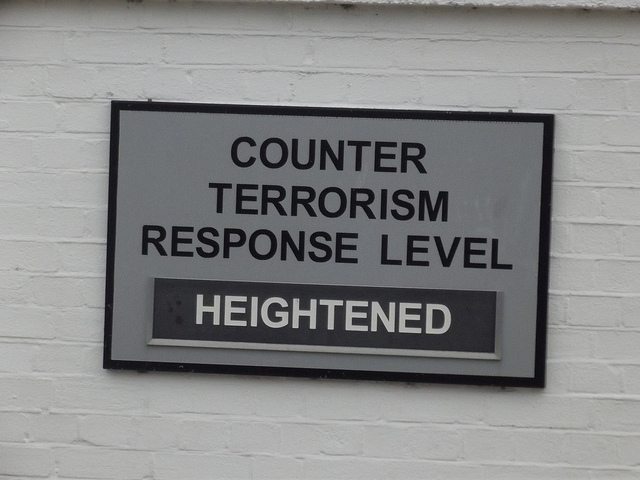 There is now no doubt that the brutal murder of Jo Cox was perpetrated by a person with far right politics. Her alleged killer, Thomas Mair, gave his name in court as “My name is death to traitors, freedom for Britain”, and described himself to the police as a “political activist”.

Rightly, there has been much criticism of how the mainstream media have handled the coverage of the killing, from focusing on the defendant Mair’s mental health and him being a “loner” to comparisons with how the murder of Lee Rigby was covered. And, there are huge differences in how this has been covered. The immediate coverage of the Rigby’s murder did not mention or speculate about killer Michael Adebowale’s mental health but focused on words such as “Islamist fanatics”.

Furthermore, the response from politicians has been different. David Cameron used Rigby’s murder to further his measures against “radicalisation” and the Prevent strategy saying:

When young men born and bred in this country are radicalised and turned into killers, we have to ask some tough questions about what is happening in our country. It is as if that for some young people there is a conveyor belt to radicalisation that has poisoned their minds with sick and perverted ideas. We need to dismantle this process at every stage – in schools, colleges, universities, on the internet, in our prisons, wherever it is taking place.

Although we have to wait to hear what is said over the coming weeks, nothing so far is matching this kind of rhetoric about the far right and the defendant Thomas Mair. This underlines both a deep-seated racism and an unwillingness to examine the context and ask those “tough questions” about the rise of the far right in the UK.

However, whilst it’s right that we should be noticing, critiquing and calling out this blatant hypocrisy, demanding we should impose the same draconian measures upon the far right is not the answer. A petition to list Britain First as a terrorist organisation has gained 20,404 signatures since Jox Cox’s death.

Britain First are a nasty, racist, manipulative organisation. They have threatened direct action against elected Muslim politicians. And whether or not Mair read their call to action, their rhetoric has contributed to the context in which this alleged murder was committed.

However, proscribing Britain First as a terrorist organisation would be an attack on all of our civil liberties, and would open the door to other political organisations being banned. The police already treat those helping refugees as terrorists and have used anti-fracking protesters as examples of extremists in Prevent training. How long before anti-fascists who oppose racists on the streets are also banned?

And yes, if Britain First had been a Muslim organisation, they probably would have been banned, and there would be far more repercussions for the violent hate filled ideology they promote. However, just as many Muslim groups shouldn’t have been prohibited, banning Britain First is still not the answer. Two wrongs still do not make a right.

Speaking to The Canary, the coordinator of the Network for Police Monitoring Kevin Blowe said:

In our experience, every new piece of public order and anti-terrorism legislation is eventually used to clamp down on legitimate political dissent and resistance to injustice, often in ways that some who supported and voted for it never imagined. That is why Netpol calls for fewer laws and reduced police powers.

If, instead of insisting individuals are held accountable for their actions, we continue to call for the state to ban more organisations for the ideas they hold, then one day a future government will ban the right to promote an idea that we support, instead of something we find loathsome.

Racist opinions are fought with better ones and acts of racist violence by reaffirming the right to self-defence – a right repeatedly denied to black communities facing such attacks by the legislators, police and courts that advocates of banning are now looking to.

The rise of the far right is worrying, and does need challenging and confronting. However, Blowe is right, and we shouldn’t be looking to do this through oppressive legislation which ultimately will come back to bite us. Racism needs to be dealt with through hearts and minds, through having difficult conversations and informed debates. It also needs to be dealt with on the streets, and through defending our communities from racist attacks.

As horrible as Britain First are, they have become a useful scapegoat. Blaming a marginal group takes the focus away from mainstream politicians and press who have allowed and advocated an acceptable level of racism to foment. Headline after headline has demonised refugees and migrants and has allowed a language of hate to dominate debates.

And it’s not just those on the Brexit side who are perpetuating this ideology. David Cameron has been criticised for describing refugees as a “swarm”, and for referring to them as “a bunch of migrants”.

In the wake of Jo Cox’s killing, people are shocked, and they are looking for answers. However, a knee-jerk reaction calling for increased state powers is not the answer, and will only play into the government’s hands in fast tracking the extremist bill which is due to be debated this parliament.

Instead, we should all be examining how we have reached the point where promoting racist stereotypes has become the norm, and where these ideas have garnered so much support. We need to look at the language our press and politicians have been using.

Moreover, we need to look for the positives – at what action we can take to win the debate, fight fascism and promote a more tolerant, diverse society rather than begging the state to fight a battle they have been partly responsible for causing in the first place.

Take action against racism and support the Anti-Fascist Network.