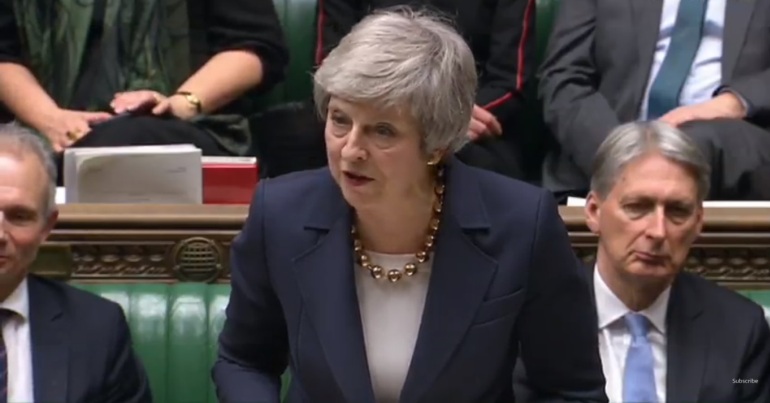 A vote to hold the government in contempt of parliament passed today with a majority of 18. Theresa May’s government is now the first in British history to be found in contempt.

The vote was held because of the government’s refusal to make public the legal advice it received on Brexit.

The moment Theresa May’s Government became the first in history to be held in contempt of Parliament – by a majority of 18 pic.twitter.com/jgMUWcrbsw

The moment MPs vote to hold Theresa May's government in contempt of Parliament by 311 votes to 293#Brexit latest: https://t.co/xMNz3SwRTl pic.twitter.com/O0Q5GT2FYV

As the BBC‘s Laura Kuenssberg pointed out:

The vote also means that the government will now disclose in full the legal advice on Brexit. And it prompted a call to vote on the Grieve amendment, which will give MPs a greater say in the Brexit deal that is finally agreed:

Grieve's amendment has been formally called by Speaker. So another huge vote is due tonight – this time on making sure MPs can say what kind of Brexit or no Brexit they want in the event that May's loses vote on her Brexit

The Grieve amendment has since passed as well, with a majority of 22 votes:

All in all, it’s been a rough day for Theresa May, but a good one for democracy. Holding May’s government accountable for its lack of transparency will be welcome news for anyone concerned by the recent Brexit chaos; as will the development of MPs gaining greater control of the final Brexit deal.