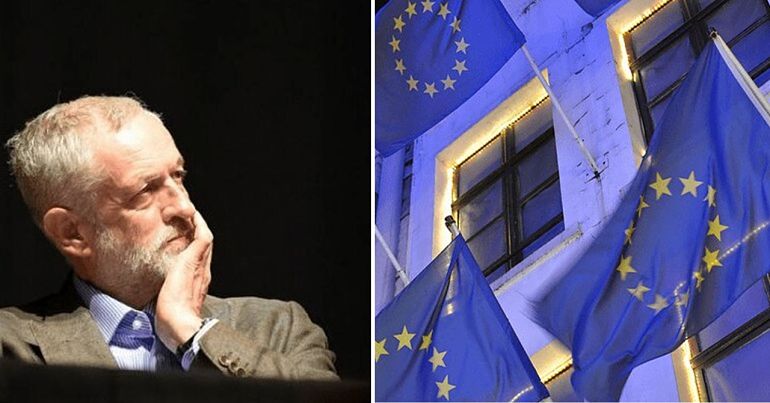 Theresa May’s Brexit withdrawal agreement purposefully handcuffs a future Jeremy Corbyn-led government. And only the EU has the cuff keys. Because the UK cannot opt out of the strong public spending restrictions included in May’s deal without the EU’s approval.

With that in mind, the Labour membership should deselect the Labour MPs planning to vote for May’s deal. No matter your view on the Labour manifesto, nobody should vote through legislation that restricts public spending for future UK governments. Especially when there is no escape clause. Yet currently even some Labour MPs have “explicitly” said they are likely to vote for the deal. These are John Mann, Jim Fitzpatrick and Kevin Barron, along with long-time Labour MP Frank Field who now sits as an independent.

These spending restrictions are not an accident. They are part of May and the EU’s longstanding austerity-driven plans. A senior EU source involved in the withdrawal negotiations told the Times that the “real battle” of Brexit was preventing a future Corbyn government transforming the UK economy.

May’s deal would legislate the worst form of the neoliberal sabotage. As part of the Northern Ireland backstop, the UK remains locked into EU rules preventing state intervention in the economy with “non-regression”. This means that, when the EU puts further limits on public spending (known as ‘state aid rules’), the UK will have to follow without any say on the matter. And the government’s legal advice that May tried to hide shows there is no way for the UK to leave the backstop without approval from the EU. Therefore, there is no way for the UK to escape the spending restrictions contained within it, even as they tighten further.

In fact, May’s deal establishes a Competition and Markets Authority (CMA) in the UK. This new authority would enforce the European Commission’s public spending restrictions. In the words of George Peretz QC, a public law barrister with experience in EU ‘competition’ rules, the body would have:

In other words, May, her ministers and Conservative MPs voting for this deal are limiting fundamental powers of future UK governments. The Labour membership should deselect any Labour MP joining them.

In contrast to the Conservatives, a future Corbyn-led government seeks a permanent customs union with the EU that would prioritise freedom of public spending. After a general election, Labour’s fundamentally different set of aims combined with a parliamentary majority would enable a deal that looks nothing like May’s shambolic betrayal.