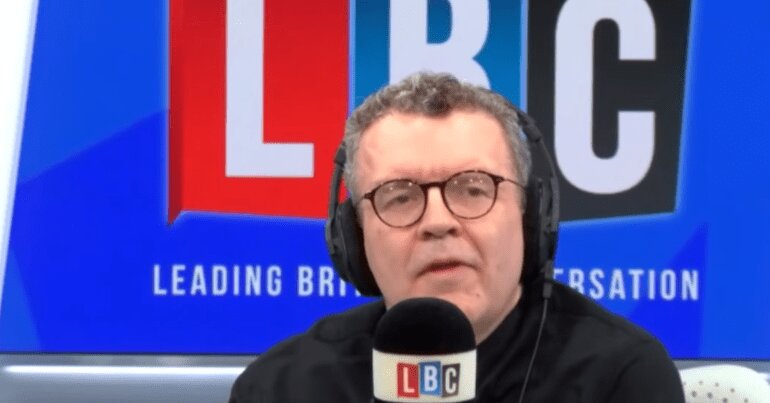 On 1 March, a Labour voter phoned up Tom Watson and exposed his anti-Corbyn sabotage live on air. Deputy Labour leader Watson was hosting his show on LBC radio.

“Killing the Labour party from within”

Lee from Swindon took Watson to task about constantly briefing the media against his own party:

You are, right now, sitting… on a revolution that could transform this country for the better. And people like yourself all you do is spend your time killing the Labour party from within. How dare you?

Lee then called for Watson to take a more proportionate approach to antisemitism on the left:

There is 500,000 people that signed up to the Labour party to support it in the movement that’s happening at the moment. And people like yourself all you can focus on is this antisemitism issue. When you know that the percentage of people in the Labour party that are antisemitic is absolutely minuscule. Why are you not focusing the anger towards the Tory party? You come on this LBC show today acting as if [Chris Grayling] is your main priority. But actually, all the time you’re there in the background trying to destroy the Labour party. How dare you?

This Labour voter’s on the money

Lee is right to acknowledge that antisemitism exists in Labour, but also that it’s very much on the fringe. Accusations of antisemitism involve around 0.1% of Labour’s 540,000-strong membership. It’s also clear that the corporate media has blown the issue way out of proportion in an attempt to fend off the Corbyn-led “revolution” Lee speaks of. An academic report found widespread ‘distorted, inaccurate and misleading’ coverage of Labour and antisemitism across the mainstream media, with the BBC and Guardian among the worst offenders. The academics concluded that the propaganda amounts to a “disinformation paradigm”.

You are the deputy, you should be bringing people together. But all the time you and your little tribe are jumping up on all these TV stations destroying the Labour party, destroying the movement that’s happening at the moment.

If Watson’s a wolf in sheep’s clothing, then Lee from Swindon brought the shears. The Labour voter dismantled the deputy Labour leader’s anti-Corbyn sabotage live on his own show. Bravo.