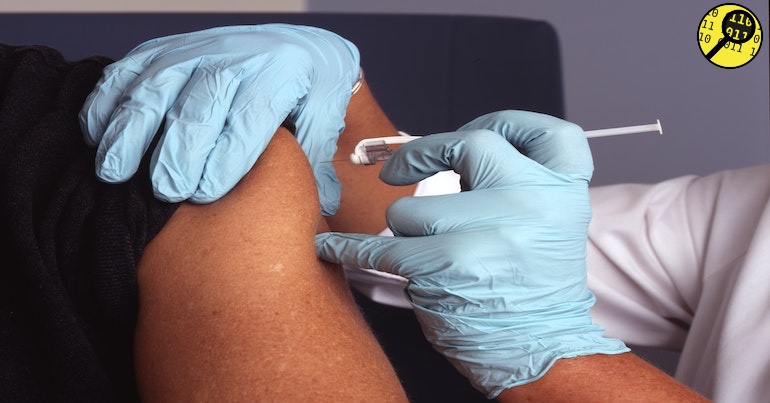 The last few months has seen a narrative from mainstream media outlets about “BAME vaccine hesitancy”. However, a new survey from the Muslim Census adds more colour to this picture.

As the vaccine rollout continues, there have been targeted campaigns that use trusted community leaders. The higher number of coronavirus (covid-19) deaths among BAME people is an extremely concerning fact.

What does the data say?

The Canary has already covered the severe impact of communities of colour being left out of data or ignored by researchers. BAME people aren’t fully included in data collection. That means we can’t be certain about the depth of these studies.

Some studies that track vaccine hesitancy paint a stark picture as to who would take a coronavirus vaccine.

The Royal Society for Public Health (RSPH) carried out a poll of 2,076 adults. It found that 79% of white respondents would take the vaccine and 57% of BAME respondents.

The problem comes, however, when we see that of those 2,076 adults, only 199 were BAME. It’s misleading to compare these percentages when such a small number of BAME people were polled. This is especially the case when we consider that “BAME” is a rather large term which doesn’t capture the depth of experiences of communities of colour.

A study from SAGE involved 9,981 people. Of these, according to our calculations, there were 897 BAME participants. So a better pool of people than the RSPH study, but that still means 87% of respondents were white.

This same study has been cited by the Guardian as it “raised fresh concerns over Covid vaccine uptake among black, Asian and minority ethnic communities”.

The Cambridge University Press also published a large-scale study featuring 5,114 adults. The Canary’s own calculations have the number of people falling under the BAME category as 763.

However, in this study, the researchers state that:

Which means vaccine hesitancy does not only belong to BAME communities. Evidently, other groupings also come into play.

Data collection that only polls a relatively small number of BAME people is data that is weak. This has not gone unnoticed online. Areeq Chowdhury, senior policy advisor at The Royal Society, tweeted:

Most surveys have polled too few BAME people for there to be robust claims made. Some have polled just 29 Black people. Another had just 3 Bangladeshi participants. With sample sizes that small, it's hard to claim that BAME people have a particular problem with vaccine hesitancy.

Small sample sizes require caution. And any data or media reports that suggest BAME people are significantly more likely to be hesitant about the vaccine than any other group are on shaky ground.

It’s for this reason that Muslim Census undertook its own poll of 1,026 Muslims. Of these 1,026 people, all were BAME. The poll found that 71% would take the vaccine. In other words, 7 in 10 BAME Muslim people have either already taken, or are willing to take, the vaccine.

This is, at least, a similar figure to white respondents cited in the studies above.

The Canary spoke to Muslim census co-founder Sadiq Dorasat. He told us that he found problems with the “actual number of ethnic minorities” surveyed about vaccine hesitancy. But moreover, he also found a problem with the use of ‘BAME’:

the umbrella is so large that to say ‘a statistic for BAME’ is such a confusing statistic. For example, a Bengali Muslim is completely different to an Indian Sikh or an Indian Hindu or a Nigerian Christian. It’s completely different in terms of our experiences in life. And when you bundle it all together under Whites think this and BAME think this, it’s confusing. And it doesn’t help BAME communities to tackle the issue, and that is my biggest bugbear and that’s why I believe organizations such as Muslim Census are here to tackle and provide a bit more help for individual communities to tackle vaccine hesitancy

Dorasat went on to say that because the term ‘BAME’ is so broad, Muslim Census:

decided to provide a much larger sample of Muslims, which includes ethnic minorities from the South Asian background, Black background, Arab background and collate our own findings and publish those to update the narrative.

Why would people be hesitant about the vaccine?

Dorasat explained why, despite the broad categorisation, BAME groups may have more hesitancy about the vaccine than white groups:

the reasons why Muslims and ethnic minorities have this hesitancy that white people probably do not experience is this huge lack of trust amongst governmental policies, health care, inequality, and actually socioeconomic policy as well.

White vaccine hesitancy, according to Dorasat, could be missed. If data samples don’t represent a full picture, there are problems ahead:

if you ask white people from certain areas, such as impoverished areas in London, in Birmingham, in Manchester, you might actually see the vaccine hesitancy to be at a worrying level. And I actually believe and this is something that I truly, truly think is that this focus from the media narrative on BAME, instead of a holistic view of socio-economic discrepancies amongst the population, actually neglects white people, actually neglects poorer white people that have that same level of hesitancy, and they’re not actually being catered for, what campaigns are happening for them?

Access to healthcare, medical racism and mistrust of the government are all issues that play a part in vaccine hesitancy.

The Canary also spoke to the Runnymede Trust. Its spokesperson Rohini Kahrs told us:

We have stated since March 2020 that, unless we focus on innovative ways to improve access to health services and the fast rollout of the vaccine, this divide between vaccine rich and vaccine poor will increase and spread across racial grooves. Everyone has assumed that because we have a universal health system in the UK, access to the vaccine is presumed as a given. But what people don’t see is what we see, which is the unequal access to health services which have led to less take-up of health services in deprived communities and areas across the UK.

Kahrs continued to outline the practical steps central to making sure vaccines are available to all groups:

We need to consider practical ways of getting the jab to people’s doors in the inner cities at scale and think bigger. What a lot of people don’t understand is that, although there are a lot of vaccination centres in inner cities, a lot of elderly and immobile people are simply unable to get there – so we would urge the government to take the jab door to door where necessary. We have parts of East London that need mobile vaccination buses or trusted GPs working in the front line in the estates to deliver the jab.

A fair vaccine rollout is crucial to stopping a pandemic that has shown the gulf in inequalities across the country.

Kahrs also pointed out another risk at play here:

Unless we can level up the huge inequities in health access, including access to the vaccine, we stand the risk that our BME communities will be blamed for not playing their part in the national COVID recovery.

The Canary reached out to the chair of Muslim Doctors Association Dr Hina Shahid. She expressed concern about how the term “vaccine hesitancy” has been used:

we are still seeing the term “vaccine hesitancy” being applied almost exclusively to ethnic minorities which creates stigma and risks disengagement. Additionally, there is little context being provided around years of marginalisation, socioeconomic and health inequalities, pre-existing barriers to accessing healthcare services and information, and lower satisfaction, discrimination, and racism that minority ethnic groups report.

We already know that BAME people are dying in high numbers from coronavirus. It’s clear that we need better polling practices, better rollout of the vaccines, and more attention to health inequalities.

These avoidable factors have contributed to a climate of fear and mistrust and created a vacuum that is being exploited by misinformation.

Not only is the category ‘BAME’ both broad and vague, it’s also far from the only factor affecting vaccine uptake. Misinformation harms communities who are already being forgotten. We need narratives that paint an accurate picture.