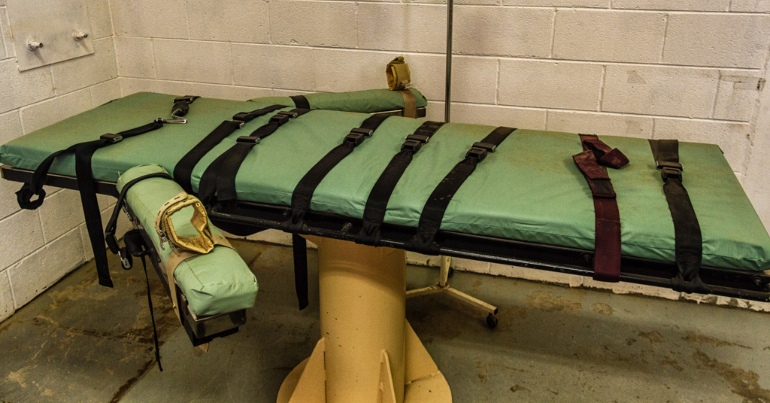 The mid-Atlantic US state of Virginia has moved to abolish the death penalty. This will make it the 23rd US state to consign executions to the history books. Perhaps of even greater historical importance, it’ll also become the first state in the US South – a historically conservative region – to end capital punishment.

This should serve as a wake-up call to the UK, which shows ominous signs of growing support for returning to capital punishment. Alongside the human rights problems, historical analysis shows that capital punishment has a chequered past of leading to corruption of the judicial system. And there have also been numerous miscarriages of justice.

Anti-death penalty campaigners must take this opportunity to double down their resistance against calls for its reintroduction in the UK.

On 22 February, members of Virginia’s state parliament gave final approval to a new law abolishing capital punishment. Now governor Ralph Northam, who’s already pledged his support for the move, just needs to sign the legislation into law. In a joint statement, the respective leaders of each chamber said:

It is vital that our criminal justice system operates fairly and punishes people equitably. We all know the death penalty doesn’t do that. It is inequitable, ineffective, and inhumane.

The development holds particular historical significance for the US. And that’s because Virginia has executed more people than any other US jurisdiction since its formation as a British colony in the 17th century. According to the Death Penalty Information Center, Virginia has conducted over 1,400 executions throughout its history.

Following an earlier federal ban, the US reintroduced the death penalty in the 1970s. Since then, Virginia has executed over 100 people. That’s the second highest count after Texas.

British pro-capital punishment voices sometimes point to the UK’s English-speaking ally across the Atlantic as an example to follow. They refer to the US as a developed country that continues to execute its citizens. But a closer inspection of the US experience shows why the UK shouldn’t overturn the laws that abolished capital punishment.

For one thing, the death penalty in the US has bred a huge amount of corruption in the criminal justice system. For example, the threat of the death penalty will often be used to coerce people into pleading guilty (in exchange for taking execution off the table). Or it will even be used to coerce those charged with crimes into making a false confession. Worse still, perverse incentive structures can lead to hasty trials for politically motivated ends. As criminal justice reform campaigner Shaun Attwood, who spent several years behind bars in the US, put it:

I was for the death penalty until I understood the corruption. [In the US] they’ll just grab a black guy with some criminal history and fry him right before the governor’s up for election to show how tough on crime they are to get more votes.

The situation is, in fact, even worse than Attwood makes out. Since in the US, many judicial positions as well as political ones are elected by the public. In some jurisdictions this includes judges, prosecutors, and even law enforcement personnel. All of them have an obvious incentive to appear ‘tough on crime’ before an election. And in some cases, they even have performance-based remuneration contracts. These contracts incentivize them to increase convictions, especially in high profile cases such as those involving grisly murders.

Ominous signs across the pond

These are the inconvenient realities that pro-death penalty voices in the UK are either ignorant of or deliberately ignore. It’s time that they get called out. There are ominous signs that reintroducing capital punishment might again become a topic of mainstream political debate in the UK. Though support appears to be declining in recent years, a 2010 YouGov poll found that 74% of respondents favored a restoration of capital punishment for some crimes.

Members of parliament do appear to be less supportive of the death penalty than their constituents. However, several sitting Tory MPs, and even some former cabinet ministers, have shown support for reintroduction. During a 2011 debate on BBC Question Time, current home secretary Priti Patel expressed support for executions. And that was despite examples from fellow panellist Ian Hislop of cases where innocent people would have been executed had capital punishment been in place at the time.

Other Tory MPs have also indicated they’d support a return of the death penalty. They include former chairman of the Conservative Party David Davis and former minister John Redwood. And in 2018, former minister John Hayes asked the government to consider bringing back hanging specifically. This was the UK’s method of execution before capital punishment was abolished by the then-Labour government in 1965.

Time to redouble opposition to reintroduction

With the Tories becoming increasingly nationalistic, the UK might soon be grappling with credible efforts for the reintroduction of capital punishment. The US example should serve as a dark reminder of what the practice can unleash. Reintroducing capital punishment wouldn’t just put the UK at odds with all of its western European neighbors and in violation of international covenants that it has committed to under international law. It could potentially also breed corruption on a scale not seen within the British criminal justice system in recent memory.