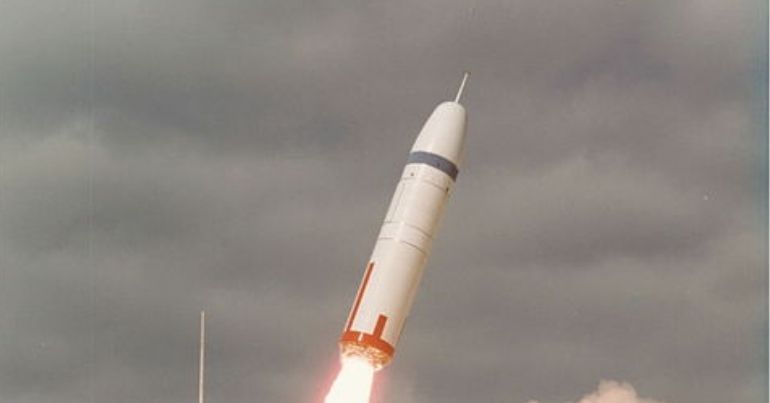 It’s back to business as usual for British and American centrists. As Keir Starmer’s Labour prepared to announce its commitment to NATO and Trident (with newspapers inaccurately claiming that commitment had been abandoned during the Corbyn-era), US president Joe Biden launched his first airstrikes to the glee of US liberals.

According to a Labour press release, shadow defence lead John Healey is set to announce the party’s commitment in a speech. Healey is expected to say that the party is determined to see “defence spending produce jobs, growth and innovation in this country”:

He will say that the foundations for the Government’s long-delayed Integrated Review have been undermined by the last decade of cuts to defence.

And he will set out tests that the Review must meet if it is to end what the Prime Minister himself has called ‘the era of retreat.’

The press release includes the following sections of the speech:

First, Labour’s commitment to NATO is unshakeable. Second, Labour’s support for the UK’s nuclear deterrent is non-negotiable and we want to see Britain doing more to lead efforts to secure multilateral disarmament.

Now the published sections of the speech don’t mention Corbyn directly. But both the Mirror and the Guardian have framed the speech as a turning point away from the previous leadership’s attitudes to nuclear weapons and NATO membership.

The link between Labour and the military suffered under Jeremy Corbyn’s leadership as he was accused of repeatedly undermining NATO and rendering the Trident nuke deterrent system effectively useless by revealing he would never order the firing of a missile.

While the Guardian writes:

But under Corbyn, the Labour party remained committed to both Trident renewal and membership of NATO. This is evident in both the 2017 and 2019 manifestos. And this was despite Corbyn’s personal and enduring opposition to nuclear arms and longstanding criticism of NATO.

There are a number of interesting footnotes to the debate.

As esteemed defence journalist Richard Norton-Taylor argued ahead of the 2019 general election, the Labour Party during the Corbyn period was surprisingly mainstream on Trident:

This is one important issue on which his party’s manifesto is very far from being radical.

The specifics of the former leader’s position on NATO are also contested. A 2019 piece by Channel 4′s FactCheck looked over Corbyn’s past statements on NATO. It concluded that:

Jeremy Corbyn’s stance on NATO before he became Labour leader is often paraphrased as “wanting to pull out” of the alliance, but we can’t find evidence of him using this form of words.

It may be a pedantic point, but Mr Corbyn generally talked about wishing that NATO would restrict its role in world affairs or agree to dissolve itself, rather than actively calling for Britain to pull out.

NBC reported that the strikes were against Iranian-backed militias operating within Syria. And they came despite Biden’s efforts to re-start the 2015 nuclear deal abandoned by his predecessor Donald Trump.

The airstrikes were carried out early morning on 26 February. The report claimed that they were retaliation for rockets fired at US bases in Iraq. A US government spokesperson said the strikes were “proportionate” and “defensive”.

Some Biden-backing US centrists took to Twitter to mark the new president’s inaugural bombing. They claimed that unlike under Trump, these attacks were “quiet”.

So as far as the military industrial complex and neo-imperialism goes, it looks like it’s back to business as usual for both US and British centrists.