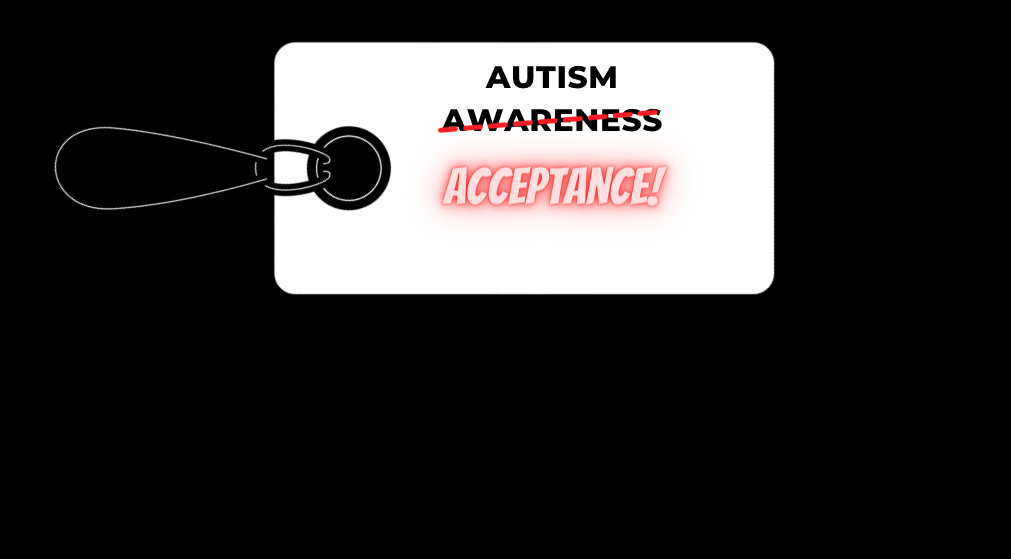 This is my first Autism Awareness Week since I discovered I’m autistic. And it’s thanks to this initiative and the dodgy organisations behind it that my diagnosis came so late. For too long, the public discussion of autism has been dominated by non-autistic people. Frantic parents seeking a ‘cure’, and eugenicist organisations willing to monetise their panic. Meanwhile, the authentic voices and wishes of autistic people have been ignored and overlooked. We don’t need awareness, we need acceptance.

As a gay person, Gay Pride resonates with me. But if it was called Gayness Awareness Week, run by straight people, and focussed on conversion therapy, it wouldn’t. So why on earth would any thinking person endorse Autism Awareness Week? Because it’s the moral equivalent. Autistic people brace themselves for it, and counsel each other through it.

April is just a week away, which means autistic people everywhere are bracing ourselves for what is known in non-autistic circles as “Autism Awareness Month.”

Here are some things you should know before all of that starts, and misinformation/propaganda start being spread:

April 2021 should be Autism Pride Month – take back the month and make it a positive thing.#AutismPrideMonth #AutismPride

Autism Speaks is a US-based organisation that has all but taken over the conversation about autism. It was founded in 2005, and since then has – in the majority opinion of autistic people – done us great damage. Its 2009 video ‘I am Autism‘ just about sums up its approach. Sinister music plays while autism is described as a monster that sneaks into your house and murders your family.

I am autism.
I’m visible in your children, but if I can help it, I am invisible to you until it’s too late.
I know where you live.
And guess what? I live there too.
I hover around all of you.

I work very quickly.
I work faster than pediatric aids, cancer, and diabetes combined
And if you’re happily married, I will make sure that your marriage fails.

The ‘awareness’ groups like Autism Speaks seek, is a common understanding of autism as a malevolent plague. They want to end it, in the same way anti-LGBTQI+ groups seek to end homosexuality. They see us as non-people, our humanity stripped from us by some evil disease. Only they can rescue us. With your help, and your money.

Everything traumatic about being autistic stems from being forced to suppress our needs for the sake of other people’s comfort. We are told to reduce or abandon self-care techniques because they look weird to non-autistic people. Our classrooms, factories and offices are built for non-autistic people. We are made wrong, simply for existing. And for most of us, this starts at home.

Before I knew I was autistic, I lived in the non-autistic conversation about it. That conversation is entirely centred on non-autistic parents being robbed of their healthy, normal child. It would be summed up as:

They were happy and normal until one day, they just stopped speaking

Without wishing to minimise the trauma of feeling unable to meet your child’s needs, you’re the parents here. The universe didn’t promise you a neurotypical child, or a straight child, or an able-bodied child. When you choose to bring a child into the world, you take on the duty of parenting whoever is born. But too many parents seem to feel a neurotypical, cis, straight child is theirs by right. To them, anything else is some sort of disaster. And as children, we see it and we hear it. We learn that we failed our parents simply by existing.

Autism Awareness Week is dominated by these parents and organisations that profit from their fear. They fill them with hope of a cure, and nurture rather than challenge their prejudice.

There, there. We know. You deserved better than this.

I am immensely grateful that I’m autistic. Being part of a tribe that has contributed so much to human history is a source of pride, not shame. Without autistic people, humans might still be living in caves. Whether it’s art, science, technology or any other field of creative intelligence, autistic people loom large within it. We’re curious outsiders who bring a beginner’s mind to everything. We see what’s possible because we’re not tied to what is. So don’t give us pity, give us acceptance. Appreciate us for who we are, rather than judge us for what we aren’t.

To be a part of the solution, here are some simple actions non-autistic people can take:

I’m not Queen of the Autistics. I speak only for myself, and am using the platform I have to say some stuff autistic people say to each other all the time. So here’s a request to non-autistic people: normalise assuming you have neurodivergent people in your life. We are everywhere. I masked for decades before being able to accept I was autistic. I had to completely break before I was willing to give myself what I needed. Acceptance is everything. Give that to the autistic people all around you.