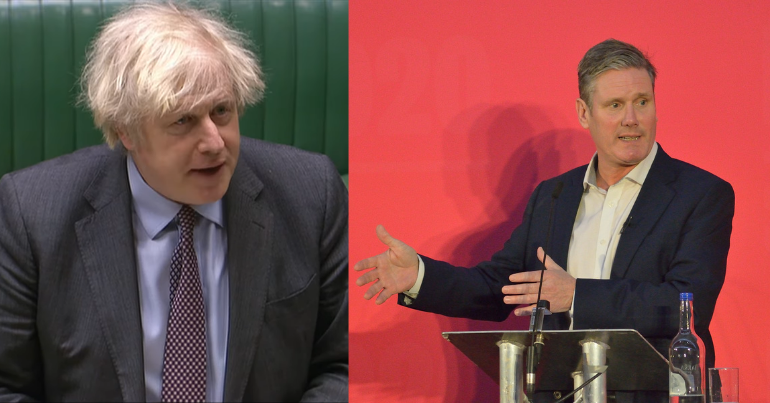 Keir Starmer declined to sign a letter from six opposition parties calling for an inquiry into the prime minister’s “consistent failure to be honest”.

The letter, signed by the Lib Dems, Greens, Plaid Cymru, SNP, SDLP and Alliance, accuses Boris Johnson of misleading parliament during debate. It subsequently asks the speaker of the house to allow a vote into holding an inquiry into the accusations.

The parties specify several false claims the prime minister has made in parliament, including:

This is not a question of occasional inaccuracies or a misleading use of figures: it is a consistent failure to be honest with the facts, or to correct wrong information at the earliest opportunity when misleading information is given. This, we believe, amounts to a contempt of the house.

Many people expressed their frustration at the leader of the largest opposition party being absent from the letter.

Why on earth has Keir Starmer not signed? The letter is utterly reasonable. Since he is the leader of a major party and a QC, it beggars belief that he is unwilling to associate himself with a legitimate quest for the truth. What is his agenda?

Baffling that @Keir_Starmer has refused to sign a letter signed off by six other party leaders calling for an inquiry into @BorisJohnson and his lies. Everyone knows Boris is an inveterate liar #BorisJohnsonOut https://t.co/KK0Klakp0H

Keir Starmer reportedly declined to sign the letter when asked. A Labour source said the party does “not normally sign up to initiatives launched by other parties”.

Six opposition parties call for inquiry into Boris Johnson’s ‘failure to be honest’.

But “The Labour leader, Sir Keir Starmer, was invited to sign the letter, but declined.” — That’s not what I want to see from ⁦@UKLabour⁩. Depressing. https://t.co/U4tYkANQTZ

Sir Keir Starmer declines to sign a letter calling for an inquiry into @BorisJohnson's dishonesty. In all honesty that just about says it all!

It’s hard to recall any prime minister who has treated parliament with the contempt that this one does.

There is a normalisation of lying to the house which is deeply dangerous, especially coming from an increasingly authoritarian government which is looking at every means to avoid accountability.

MPs’ job is to hold government to account and we can only do that if ministers give accurate information to the House. That is a core principle of our democracy and it is being undermined by the Prime Minister himself. He is not only showing contempt for Parliament, he is also undermining people’s trust in our system of government. It’s time he was held to account.