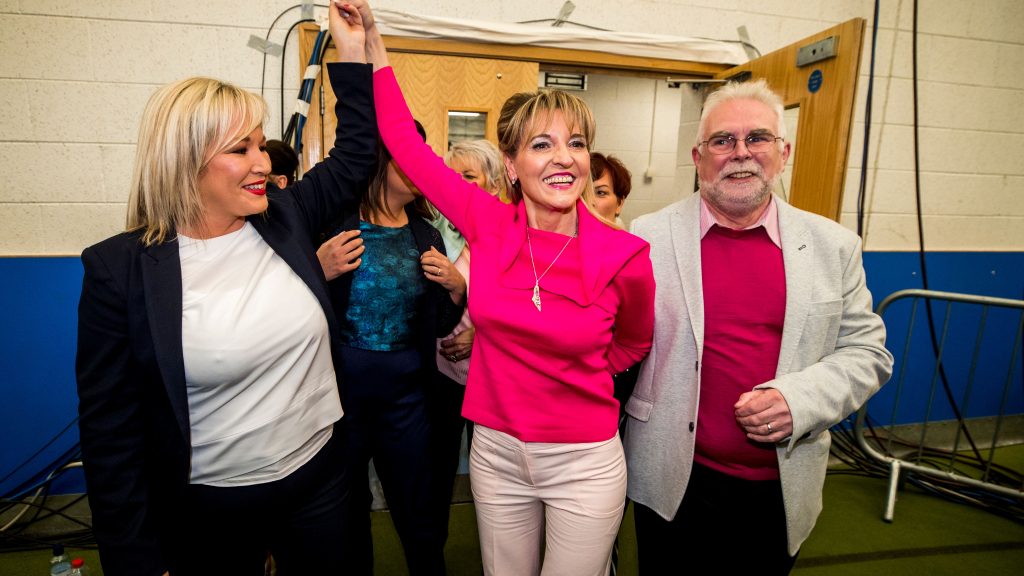 Conor Murphy did not deny a report in the Irish Examiner newspaper that MLAs Martina Anderson and Karen Mullan have both been asked to consider their position following a review of operations in the Foyle constituency.

Elisha McCallion lost the Foyle Westminster seat to SDLP leader Colum Eastwood in 2019 by over 17,000 votes, and in the same year the party lost its majority on Derry City Council to the SDLP.

A subsequent party review resulted in an “implementation plan” which last week saw the local party leadership in Derry asked to step aside.

Mr Murphy referred to a “sensible” response in a “specific geographic area with poor election results” which contrast with better results across Ireland.

Despite losing Foyle in the December 2019 UK general election, Sinn Féin maintained seven seats in the House of Commons after gaining North Belfast from the DUP.

A month later in the Irish general election, Sinn Féin surged to take the highest number of first preference votes.

Mr Murphy referred to “issues that the party needs to examine internally in terms of the local organisation” to “find solutions to fix those and to get ready for upcoming elections”.

“That’s simply what the party is doing, it’s an internal matter,” he told BBC Radio Ulster.

Any party that is sensible and that is ambitious about how it grows and wants to bring about political change right across Ireland will try and look where it is not performing well electorally and try and see how it can fix those things.

The Stormont finance minister appeared opposed to an imminent Assembly election, describing any push in that direction as “irresponsible”.

Our objective is to try and make the Executive work, to try and deliver for people, to try and move our way through this pandemic, recognising that the effects of it are still there and still need to be managed in a very serious way,

So any attempt to throw an election into that mix in an early situation is irresponsible.

There is an election due next May and I think we all have a responsibility to try to manage the situation through to then.

Referring to divisions within the DUP which resulted in first minister Arlene Foster announcing her intention to resign, Mr Murphy added:

We cannot allow turbulence within one party to contaminate the rest of the Executive in that regard.