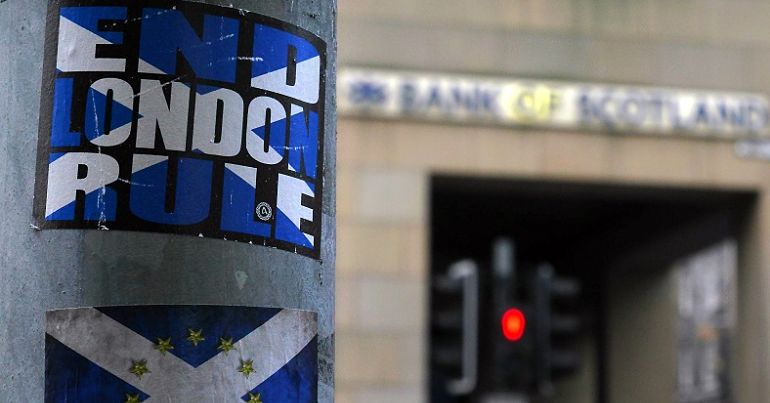 A second independence referendum could take place if polling consistently shows 60% of Scots support having one, a UK government minister has said.

Alister Jack’s statement is the first time a minister has defined conditions for allowing another vote on Scottish independence to take place.

Speaking to Politico, the Scottish secretary said support for having a referendum – rather than independence itself – would have to be at 60% for a “reasonably long period”.

His comments come after cabinet office minister Michael Gove said the UK government would not stand in the way of a second referendum if it was the “settled will” of the Scottish people.

Asked what would constitute the “settled will”, Jack said:

Anyone can see that.

But that’s not where we are and it’s not how I perceive things to be.

I think I’m broadly where the public are, which is that now is not the time to be having a referendum.

We’ve had one, we’ve made our decision, let’s get on and rebuild the economy and rebuild people’s lives.

Support for a referendum

The most recent published opinion poll on whether there should be a referendum was conducted by Redfield & Wilton Strategies on August 4 and 5.

It found 42% support holding a referendum more than a year away but within five years, while 40% said they oppose having one in this timescale.

Voting intention gave the No side a lead of 3%.

First minister Nicola Sturgeon has said she wants to have an independence referendum within the next five years, preferably by the end of 2023.

The SNP won the Scottish Parliament election in May on a cast-iron manifesto commitment to hold an independence referendum when the Covid crisis is over.

It would be undemocratic and unsustainable for the Tories, who lost the election decisively, to block the democratic right of the people of Scotland to determine their own future.