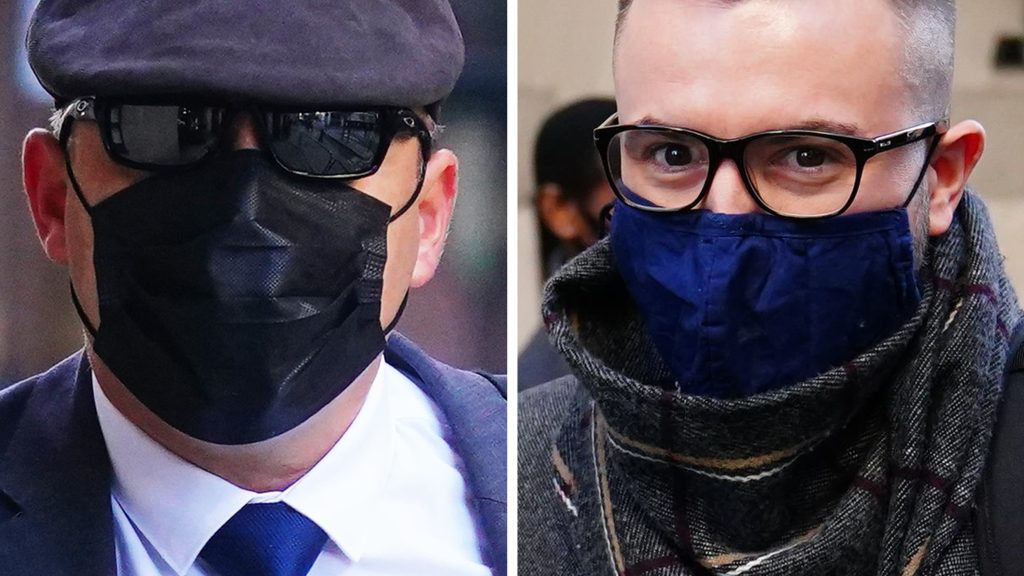 Instead, they breached the cordon to take “inappropriate” and “unauthorised” photographs of the bodies, which were then shared on WhatsApp. Lewis even superimposed his face onto a picture with the victims in the background.

He sent the doctored image to Jaffer, who forwarded it to a female officer at the scene. Jaffer went on to show one of the photos to a male officer as they left the park and sent others to three friends on WhatsApp.

Lewis, who used “degrading and sexist” language, also shared crime scene pictures with a WhatsApp group of 40-plus officers called the “A Team”. The pair, who were attached to the Met’s North East command unit, were suspended from duty following their arrests on June 22 last year.

Jaffer, 47, of Hornchurch, east London, and Lewis, 33, from Colchester, Essex, pleaded guilty to misconduct in a public office. They will be sentenced by Judge Mark Lucraft on Monday at the Old Bailey.

Previously, the sisters’ mother Mina Smallman called on the Metropolitan Police to “get the rot out once and for all”. Last month, a tribunal found the officers had committed gross misconduct.

Lewis was dismissed from the Metropolitan Police immediately and Jaffer would have been sacked too, had he not already quit the force.