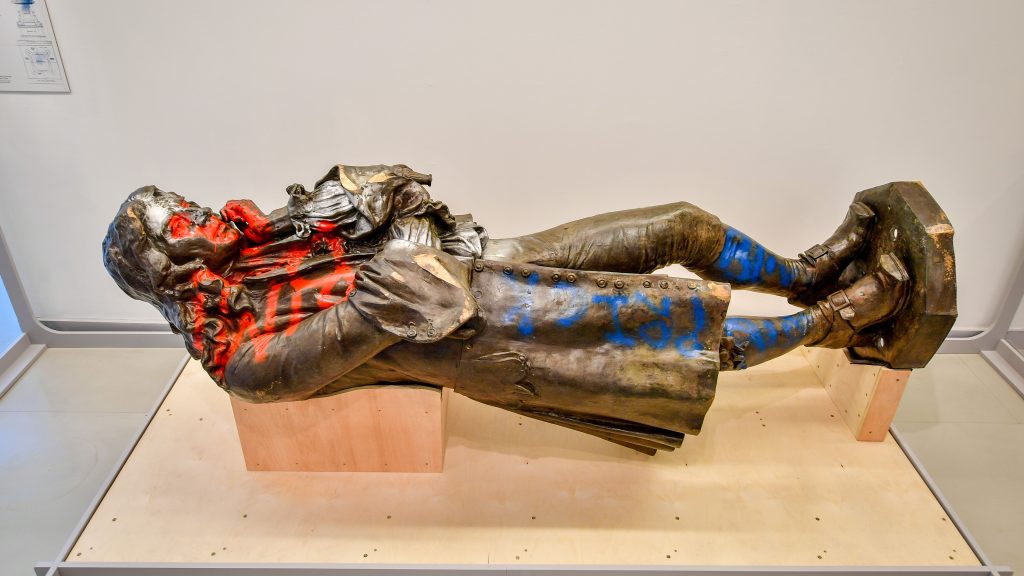 A protester who helped to rip down the statue of slave trader Edward Colston in Bristol city centre has described it as “an act of love”. The bronze memorial to the 17th century merchant was pulled down on June 7 last year during a Black Lives Matter protest, and was later dumped in the harbour.

Rhian Graham, 30, Milo Ponsford, 26, Sage Willoughby, 22, and Jake Skuse, 33, are on trial at Bristol Crown Court accused of criminal damage. Graham, Ponsford and Willoughby are accused of helping pull down the monument, while Skuse allegedly orchestrated it being rolled to the water and thrown in.

Constant campaigner against the statue

Willoughby, a carpenter who knew Ponsford and Graham through working in the same unit of workshops, told the court on Thursday he’d been signing petitions to have the statue removed since he was just 11. When asked if the three of them had planned to topple the statue, he replied:

If you can call a very vague conversation the night before while we were having a few drinks a plan, then yes.

I have been signing petitions since I was 11 years old to have that statue removed,

I spoke to my elders about it, I was quite frankly laughed at – they said they had given up signing petitions because nothing was ever going to happen.

Willoughby told the court he had grown up in the St Pauls area of Bristol, which has a large Afro-Caribbean population. He said:

Imagine having a Hitler statue in front of a Holocaust survivor – I believe they are similar,

Having a statue of someone of that calibre in the middle of the city I believe is an insult, and I will continue to believe that what ever the outcome of this (trial).

You have a huge Windrush population who have a history of being enslaved going further back in their families and if that’s not an insult, I don’t know what is.

In footage of the incident Willoughby, a keen climber, can be seen scaling the statue and passing ropes around it. He said he had not known if it was possible to topple it and the only time he had seen another statue of a similar size pulled down was that of Saddam Hussein in Iraq when vehicles were also used as leverage. Willoughby added:

It is not something I expected was possible – when it happened I was as much surprised as thrilled and happy,

“This is a time of conflict”

William Hughes QC, prosecuting, remarked that Hussein’s statue had been toppled during a time of war and conflict, and not during a peaceful march. Willoughby replied:

Until equality is reached, it is a time of conflict.

That was not an act of violence, that was an act of love for my fellow man.

The march was part of a wave of demonstrations around the world in response to the killing of George Floyd, a black man, by police officers in the US. Hughes said:

That whole march was about people coming together to make a difference for black lives, so there was no need to take any further action.

I don’t think I was thinking about the legal repercussions, I know the difference between right and wrong and that’s all that was going through my mind at that point.