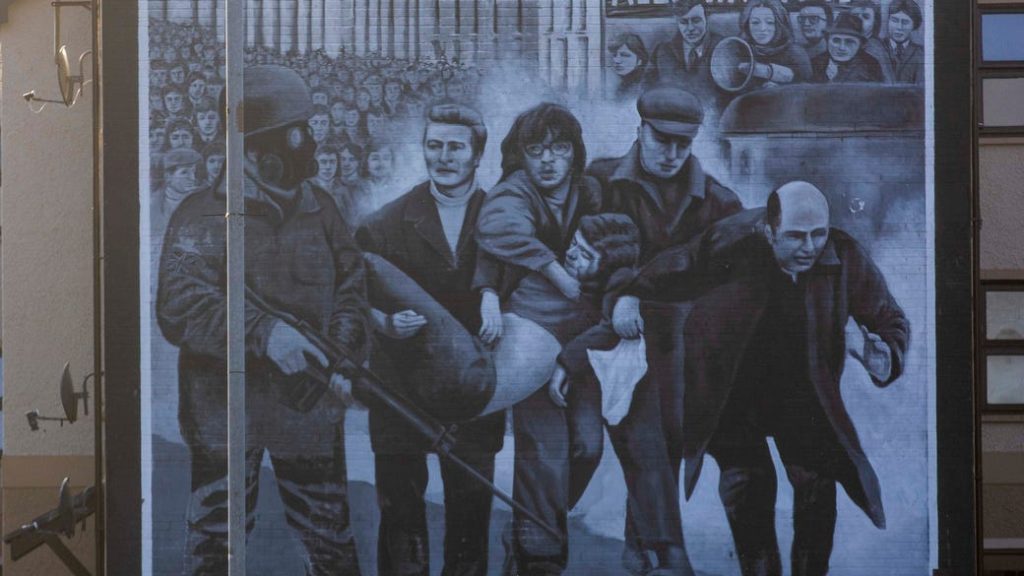 Families of those murdered by the British army’s parachute regiment on Bloody Sunday in Derry, have vowed they’ll continue to fight for justice ahead of the 50th anniversary. Bloody Sunday was one of many dark days in the north of Ireland’s history. It happened in the early part of that 30-year conflict and its bloodiest year. It’s also one of many atrocities committed by the British state against Irish Catholics and republicans.

And while relatives of several of those shot in the Bogside area of Derry city have expressed doubts that they’ll ever get convictions, the fight for justice goes on. On January 30 1972, fourteen civil rights protesters died as a result of the actions of British soldiers that day and 15 were injured.

The bereaved families will gather on Sunday morning to recreate the route of the civil rights march which ended in tragedy 50 years ago. A number of the families told the PA news agency that the anniversary is a fresh opportunity to press for convictions, while also remembering the poignant events of 1972.

John Kelly, whose 17-year-old brother Michael was shot dead, said the families will never give up campaigning until they achieve justice. Kelly said:

The 50th anniversary is important because of the injustice of it – the fact that innocent people were shot dead, and no-one was ever brought to justice for what they did.

We have been campaigning for all of these years. It took us years through the Saville Inquiry, to show the world that our people were innocent, and we achieved that.

We are now trying to see justice for our people, and it is important to keep it going until we do achieve justice.

Justice needs to be done

The whole issue of truth and justice is still there to be done.

We would like to further those twin causes of truth and justice over the course of this week.

It is also about basic civic remembrance, remembering what happened here which was always wrong, time doesn’t take care of that, it doesn’t really heal in that sense.

Doherty said the Bloody Sunday families are angry at plans by the Conservative government for what would effectively be an amnesty on Troubles-era (30-year conflict) prosecutions. he said:

It is never too late (for justice) but the signs aren’t good at this present moment in time,

With the amnesty legislation that the Tory Government appear still intent on pushing through, it appears that the chances of people achieving justice over these next number of years are getting slimmer and slimmer.

Margaret Wray’s brother Jim was 22 when he was shot dead on Bloody Sunday. Wray said:

My father for years fought the cause, even if nobody would listen to him, he fought and he passed it on to us.

My brothers and sisters will keep fighting.

I don’t think we are going to get any more than what we have, but if there is a fight to be had, we will be there, because Jim was an innocent victim.

About 15,000 people gathered in the Creggan area of Derry on the morning of 30 January 1972 to take part in a civil rights march, which was banned by the Stormont government of the time. After Army barricades blocked the march, there was rioting before soldiers from the Parachute Regiment opened fire, leading to 14 deaths.

An immediate inquiry, led by then Lord Chief Justice Lord Widgery, was labelled a whitewash  after it largely cleared the soldiers of blame. After years of campaigning by victims’ families, then-prime minister Tony Blair ordered a new inquiry in 1998.

The Saville Inquiry concluded in 2010 that none of the casualties were posing a threat or doing anything that would justify their shooting and then-prime minister David Cameron apologised in the House of Commons, saying that the killings were “unjustified and unjustifiable”.

The Police Service of Northern Ireland subsequently began a criminal investigation, but last year it was announced that a prosecution against a veteran, Soldier F, for the murders of Jim Wray and William McKinney would not proceed amid concerns that the case could collapse in light of a separate court ruling on the admissibility of evidence which caused the collapse of another Troubles murder trial involving military veterans.

A number of families of Bloody Sunday victims are legally challenging decisions by the Public Prosecution Service not to prosecute veterans for murder over Bloody Sunday. Judgments in the challenges have not yet been delivered.