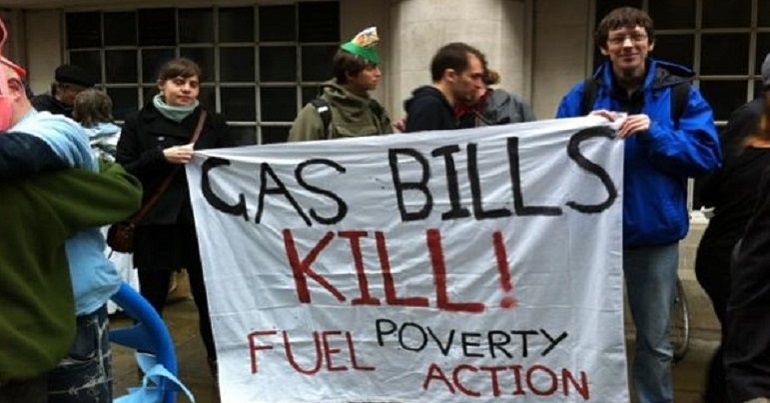 More than one in eight households in England were living in draughty homes and struggling to pay their bills in 2020 – even before rising energy prices hit. Official statistics for 2020, the most recent year for which figures are available, show there were an estimated 3.16 million English homes in fuel poverty, or 13.2% of households, down slightly from 3.18 million, or 13.4% of households, in 2019.

But campaigners warned that surging prices are now pushing millions more into fuel poverty across the UK. In England, official statistics now consider a household to be in fuel poverty if their home has a poor energy efficiency rating of band D or below and their disposable income after housing and fuel costs is below the poverty line.

Energy efficiency, such as insulation, improved between 2019 and 2020, the figures show, with 52.1% of all low-income homes living in a property with a rating of C or above – taking them out of fuel poverty under the new measure.

In 2020 incomes grew and energy prices fell 2.6% in real terms as wholesale energy prices dropped at the start of the pandemic – although prices for those on prepayment meters rose slightly.

The figures are already out of date

But director of policy and advocacy at National Energy Action (NEA), Peter Smith criticised the time lag for the data, warning that the figures are already out of date. Smith said:

It doesn’t take the October price rise into account, or any of the impacts of Covid, and we know the picture will be much worse come April when prices are expected to increase by over 50%,

energy bills have gone through the roof, plunging at least two million more households into fuel poverty across the UK

This causes impossible choices for some on whether to heat or eat.

The response to this energy bill crisis should be to double down on action to insulate our housing stock, the least energy-efficient in Western Europe.

He urged the Government to accelerate regulation to bring private rental and social housing up to a high standard of energy efficiency, and double public investment in insulation and clean energy, prioritising low-income homes. Matthew urged:

That investment can boost the economy and generate jobs whilst providing the best long-term solution to high energy bills, ending the blight of fuel poverty forever,

The impact of measures taken pre-pandemic has barely shifted the dial – and we know very little has been done since 2020 to change the picture. Indeed, the situation has become much, much worse.

We need urgent help for households in fuel poverty now combined with a long-term plan to improve energy efficiency of our homes and a sustainable, renewable-led energy mix.