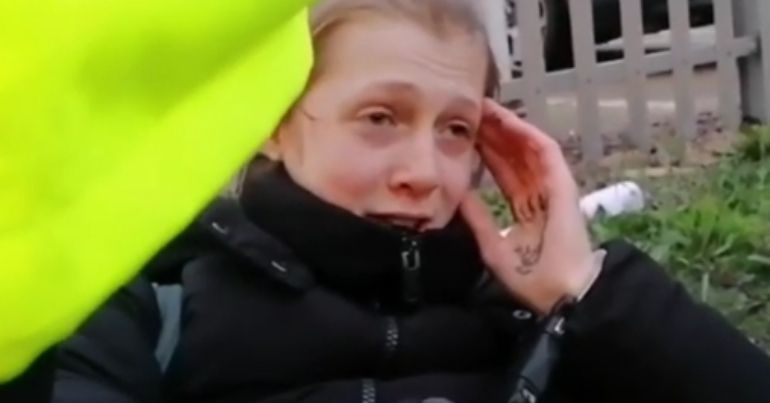 Arrests have been made as a series of anti-oil protests kick off across the UK. Protestors from the Just Stop Oil campaign have blocked roads at oil terminals. These include sites in Essex, Southampton and near Heathrow, according to the BBC. Bywire News reported another terminal was blocked in Birmingham.

❗Update❗ 10 key oil terminals have now been blocked by supporters of Just Stop Oil, with a potential impact on fuel supply for London and the South East.

The Just Stop Oil coalition is demanding an end to the government’s genocidal policy of expanding UK oil and gas production and is calling on all those outraged at the prospect of climate collapse and suffering from the cost-of-living crisis to stand with us.

The crackdown was immediate, with six arrests being reported by Essex police. But there were signs that the protests were succeeding. Exxon Mobil reported that some sites ceased operating for the moment.

The latest protests follow on from activists tying themselves to goalposts at football matches to raise awareness of climate change:

INSULATE BRITAIN ARE PART OF
THE JUST STOP OIL COALITION.

“In order to stop all new fossil fuel licenses, we need to Insulate Britain.”https://t.co/sN50M7iKVR pic.twitter.com/0tMGm7pmkm

Meanwhile, Just Stop Oil tweeted about how people could support their activism by donating or joining one of their Zoom calls:

Hundreds of environmental protesters have blocked ten oil terminals across the country as part of a campaign to paralyse the UK’s fossil fuel infrastructure.

Elsewhere, activists involved recorded messages to the public about why they were blocking the terminals:

Hundreds of supporters of #JustStopOil have blocked key oil terminals at 10 sites across the country with potential on fuel supplies to London and the South East.

Here is Cameron telling us why he decided to take this action.

Another activist, who appeared to have been arrested, handcuffed, and placed on a verge, tearfully explained their motivations in a YouTube video:

Extinction Rebellion reported that even some of the truck drivers at the blocked terminals were supportive of the protests:

BREAKING NEWS: Hundreds of people have blocked 9 oil facilities in the UK to demand we Just Stop Oil.

A worker, in a truck leaving said "good on you love, it’s got to happen, fossil fuel has to end"

Fossil Fuels must end. Will you stand by? Or will you step up? https://t.co/o2bMQQzKiq

“When people ask me why I’m taking action, I always think the better question is ‘Why aren’t you taking action?’.

I’m a singer-songwriter with dreams for the future, but I’m devoting my time and energy now to stopping this genocidal government so that my dreams even stand a chance. It is not a sacrifice to take action – the sacrifice is what happens when you don’t: the sacrifice is your life, your future, and those of everyone on this planet.”

Just Stop Oil said that ordinary people “are being made to pay” while the government wastes £230m a week subsidising the oil industry and energy companies make huge profits:

There must be no more increases in fuel or heating costs. Fossil fuel companies and the richest must pay.

The cost of living crisis is not going to end, but we can insulate ourselves from higher fuel prices by getting off oil and gas. No new oil, reduce demand and invest in renewables.

Despite the arrests, the protests continue across England.