Police pursuits are fatal – it's time to stop them - Canary 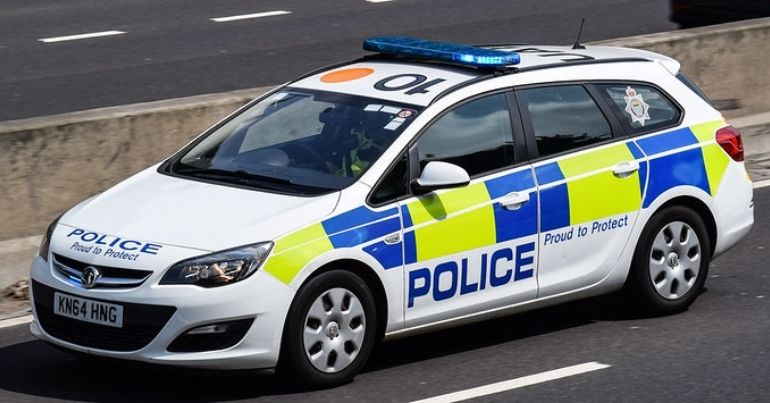 On 6 April 2021, 17-year-old Ronaldo Johnson died as a result of injuries sustained during a pursuit by Greater Manchester Police (GMP) officers. Johnson’s untimely death was one of an increasing number of pursuit-related deaths in England and Wales. In spite of this, the government seeks to increase protections for police involved in road traffic incidents through its draconian Police, Crime, Sentencing and Courts bill – known as the policing bill.

On 31 March 2021, Johnson suffered life-threatening injuries sustained due to a pursuit by GMP. The boy – who was travelling with friends as a backseat passenger – died in hospital on 6 April.

In October, Johnson’s grieving family spoke out about the lack of support provided by the police and the Independent Office for Police Conduct (IOPC). Their quest for justice and accountability is ongoing.

As reported by grassroots cop-watching group Northern Police Monitoring Project (NPMP), Johnson’s untimely death contributed to GMP’s increasing number of deaths from police pursuits. Johnson was one of eight such deaths in Manchester between September 2020 and May 2021.

On 24 March 2022, 40-year-old Paul Parker died at the scene also following a pursuit by the force.

NPMP warns that if GMP continues at this rate, the force is set to reach a “record high” number of road traffic deaths.

These tragedies in Manchester are part of an increasing trend of deaths related to police pursuits and road traffic incidents across England and Wales.

According to INQUEST, there have been at least 436 deaths during or following police pursuits in England and Wales since 1990. An additional 151 deaths were caused by police road traffic incidents during this period.

The IOPC’s latest statistics show that in 20 fatal police-related road traffic incidents in England and Wales in 2020/21, 25 people died. This represents an increase in the number of fatalities from the previous year.

Young men – particularly those from racially minoritised backgrounds – are significantly overrepresented in these figures.

Even with these alarming figures and recent tragedies in mind, the government seeks to further increase officers’ powers and protections when pursuing members of the public.

As NPMP explains, the draconian Police, Crime, Sentencing and Courts Bill includes amendments to the 1988 Road Traffic Act. Under the new legislation, police officers would no longer be viewed as regular drivers in the eyes of the law. This has the potential to protect officers from liability in dangerous and careless driving cases. Also, this would include incidents that result in death or serious injury.

People can join NPMP’s demo at West Didsbury Police Station, Manchester, in memory of Johnson and all those killed following police pursuits. This will take place at 4pm on the one year anniversary of Johnson’s untimely death on 6 April. The demo will be followed by a panel discussion and organising led by affected friends, families, and campaigners.

Horrific incidents such as Sarah Everard’s rape and murder at the hands of serving officer Wayne Couzens, and the heavy-handed policing at her vigil have contributed to the widespread understanding that the police don’t keep any of us safe. Vile police misconduct over photographs of the bodies of murdered sisters Bibaa Henry and Nicole Smallman reflect the institutionalised misogyny and racism in policing. The recent abuse of Child Q highlights the harm and violence that officers routinely inflict on children and young people.

We must urgently resist police violence in all its forms. It’s time to follow in the footsteps of NPMP, Sisters Uncut, Kill the Bill, and others. This begins with withdrawing consent from policing and becoming ungovernable.