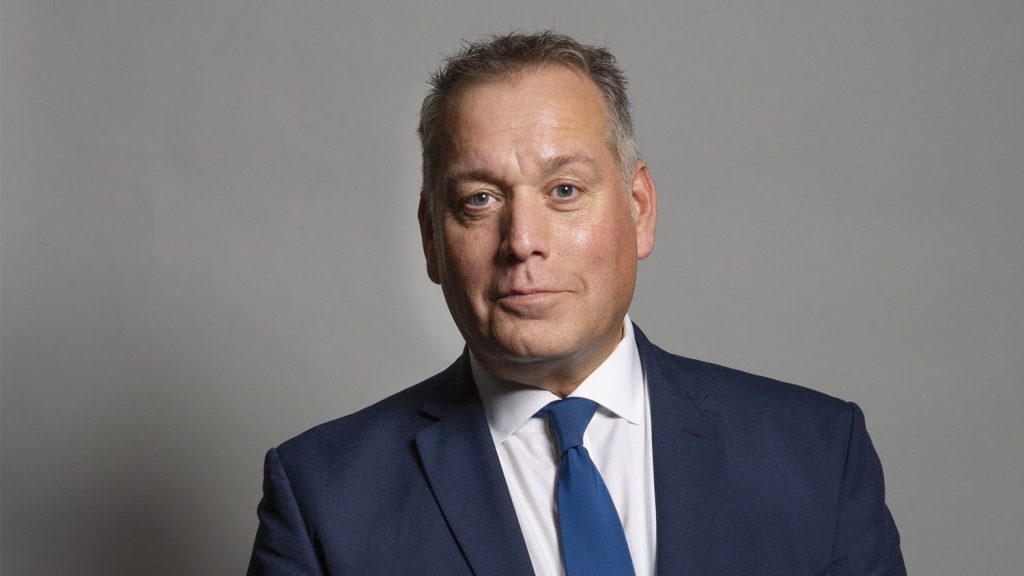 Content warning: this article contains descriptions of alleged sexual assault which some readers may find distressing.

David Warburton, the MP for Somerton and Frome, has had the Tory whip withdrawn pending an investigation into allegations about his conduct. The MP stands accused of sexual harassment, drug use, and failing to declare a loan from an ‘unfit’ Russian financial adviser.

Parliament’s Independent Complaints and Grievance Scheme (ICGS) is examining the claims about Warburton, who sits on the backbenches. The Telegraph said the ICGS received a report claiming the MP had behaved inappropriately. He’s reported to deny any wrongdoing.

A photo shows what appears to be Warburton sitting besides several lines of cocaine:

Goodness me. Yes, it's yet *another* Tory MP implicated in a sexual assault allegation. https://t.co/QWyo61fhHl

Only a few years ago, in the House of Commons, Warburton condemned the “appalling” exploitation of young people involved in the sale of drugs and the “intimidation, violence and criminal incentives” they face. He has also called for international action in “tackling the drugs trade” and criticised “double standards” in politics.

The allegations in the paper include the following:

She recounts that as she became less drunk she grew uncomfortable that the pair were alone together and retreated to her bedroom to put on her pyjamas in an attempt to encourage his departure. When she emerged, she says, Warburton was naked. He allegedly explained that he always slept nude and climbed into her bed. Fearful of how he might react, she did not push him away, she says, or demand that he leave.

Despite her repeated and explicit warnings, before and during his visit, that she did not want to have sex with him or do anything sexual, Warburton allegedly ground his body against hers and groped her breasts. The woman says she lay frozen until the MP fell asleep, snoring loudly.

two other women have taken action against similar conduct by Warburton. Both former aides, they had to sidestep his parliamentary office, in no small part because the person responsible for handling HR issues is his wife, Harriet, whom he employs on a publicly funded salary that could be up to £51,000 a year.

Warburton is not only alleged to be a risk to women. Evidence suggests his conduct could fall short of the rules governing standards and transparency in public life. He borrowed £100,000 from a Russian businessman without declaring it, a decision that could lead to an investigation by the parliamentary commissioner for standards.

The man who lent him the money is Roman Joukovski, a financial adviser who has specialised in offshore tax advice and providing tier-one “golden” investor visas to foreign citizens, including oligarchs and the family of Kazakhstan’s dictator Nursultan Nazarbayev. In 2014 the Financial Conduct Authority (FCA) refused to certify him as a “fit and proper person”, limiting his ability to provide certain kinds of financial advice, and one of his businesses was recently forced into insolvency after a separate FCA ruling.

A second aide says Warburton brought her to his flat, touched her against her will and physically stopped her from leaving

She's been moved to office of a woman MP

Warburton is cited as telling the Telegraph:

I have enormous amounts of defence, but unfortunately the way that things work means that doesn’t come out first.

I have heard nothing whatsoever from the Independent Complaints and Grievance Scheme. I’m sorry, I can’t comment any further.

A spokesperson for the Whips Office said:

David Warburton MP has had the Conservative Party whip removed while the investigation is ongoing.

Warburton was first elected in 2015 with a majority of 20,268, or 53% of the vote. According to the MP’s website, at 18.3%, this represented the largest constituency swing to the Conservative Party. He was re-elected in 2017 and 2019. He is the current chair of the All-Party Parliamentary Group (APPG) on Music and was previously a member of the Commons European Scrutiny Committee.

Sarah Vine – columnist for the Daily Mail – described the situation mildly as a potential “mid-life crisis”:

Sarah Vine thinks that a Tory MP [Warburton] allegedly sexually assaulting women, snorting cocaine & receiving Russian money is a ‘midlife crisis’ which means she feels “sorry for him”
I don’t, do you?pic.twitter.com/znWDImC7e2

Sarah Vine “feels sorry” for suspended MP David Warburton and speculates it might be a “midlife crisis”? Typically belittling the allegations of the female complainants in his office. #SundayMorning

Others also commented on the situation:

let he who has not been photographed with four lines of cocaine, accused of alleged sexual harassment, and loaned £100,000 by a questionable Russian businessman cast the first stone https://t.co/LGHexfbdzr

The BBC initially had far less to say on the matter, however:

The BBC's report on the Conservative MP David Warburton being suspended for allegations of sexual and financial misconduct is so heavily redacted they may as well have not published anything. pic.twitter.com/g5kNqPmZAJ

Warburton has reportedly now been admitted to a psychiatric hospital: