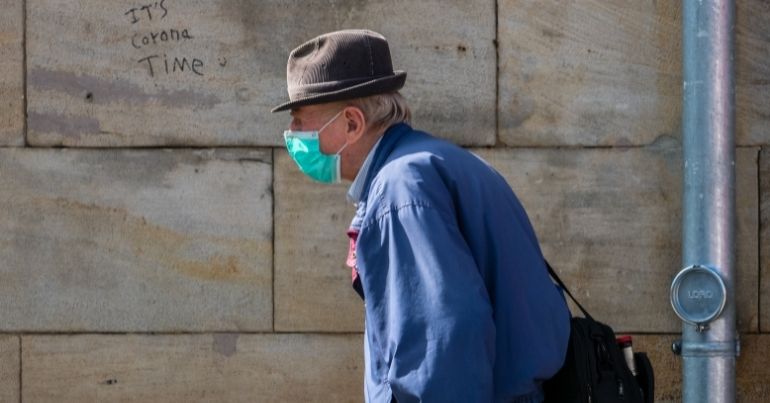 Coronavirus (Covid-19) cases have hit a record high as free testing came to an end. The Office for National Statistics (ONS) has said the most recent weekly figure suggests 1 in 13 people in the UK had coronavirus. The ONS said that this means there have been over 4.9 million cases in the last week.

In England, the estimated number of people testing positive for #COVID19 increased to a record level (week ending 26 March 2022).

Around 1 in 13 people, not in care homes, hospitals or other institutional settings would have tested positive for COVID-19 https://t.co/weRLFMpBvx pic.twitter.com/isKZucaFap

This news about rising cases came as the government ended free testing for coronavirus. As of Friday 1 April, most people have to pay for tests. Exceptions include prison staff and NHS workers.

The ONS stipulated that the figures were for those in private households and excluded communal settings including hospitals and care homes.

Meanwhile, experts raised concerns that the new wave presents a clear danger to public health. Epidemiologist Eric Feigl-Ding said the new surge had caused more people to be sent to hospital than the last Omicron wave:

Another doctor warned only days ago that Boris Johnson’s declaration of victory over coronavirus was premature:

12. The UK made global news this week as about a week after PM Johnson declares victory over Covid and announces an end to all state PROTECTIONS because "Covid isn’t increasing ICU admissions", another surge of infections batters the UK… and yes, ICU admissions rise. So do…

As one Twitter user pointed out, the end of free testing couldn’t have come at a worse time:

On the day that access to free testing for the general public in England is removed, this 👇👇👇👇 https://t.co/BDw82uHjE5

Two days prior to the release of the ONS figures, the Department for Education (DfE) put out guidance saying children and young people should only self-isolate for three days if they test positive (not even if they just have symptoms) for coronavirus. It’s a policy that will likely further contribute to the rapid spread of the virus.

Here’s what 12000 of us have demanded from Boris Johnson;

An end to free testing at a time when infections have reached a record high is both senseless and irresponsible. And it has the potential to wreak havoc on public health in the UK. This is particularly egregious given the eye-watering amounts of public money spent on a test-and-trace system that was a resounding failure.

But the government continues to ignore calls to reinstate free testing and any other safety measures. The latest data on infection levels suggests that it’s certainly time to tone down optimistic talk about the end of the pandemic. Burying our head in the sand isn’t going to make it go away. The pandemic is still here, and until the government acts accordingly it’s putting the health of millions of people at risk.

Featured image via Wikimedia Commons/Ermell, cropped to 770 x 403, licenced under CC BY 4.0.