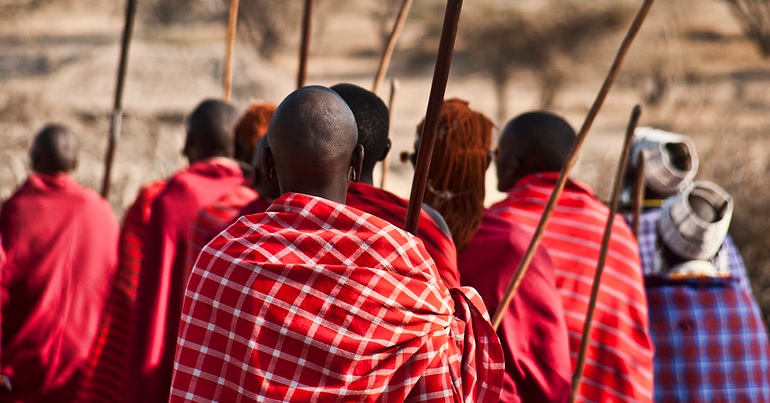 Proponents of trophy hunting say it provides instrumental financial support to local communities. They say this, in turn, facilitates peaceful co-existence between people and wild animals, thereby assisting conservation. However, an unfolding situation in Tanzania is currently turning that argument on its head.

As Mongabay has reported, tens of thousands of Maasai currently face being alienated from their own ancestral lands. The Tanzanian government has proposed to turn 1.5k square kilometres of land in Loliondo into a wildlife corridor and to lease it to an entity called the Otterlo Business Corporation (OBC). This UAE-based company has had a presence in the country since the early 1990s. And it facilitates trophy hunting and tourism by “the country’s royal family and their guests” in Tanzania, according to thinktank the Oakland Institute.

The government previously attempted to evict the Maasai from this same land in 2018. But an injunction granted by East African Court of Justice prohibited it from doing so.

The Oakland Institute has highlighted that the government is planning evictions of the indigenous peoples elsewhere too, in the Ngorongoro Conservation Area.

We wrote to Tanzania’s main donors calling on them to help end the planned evictions of Indigenous #Maasai pastoralists from their ancestral lands in the name of conservation.

The government says this is necessary for conservation and has been buoyed by statements from authorities like UNESCO on the issue. But the Oakland Institute’s Anuradha Mittal told Mongabay that the Maasai have a “symbiotic” relationship with wildlife, and that their:

Good for people and conservation?

Alongside government forces, OBC has also faced accusations of being involved in prior violent evictions of Maasai from their land. And allegations have additionally been made against other non-hunting tourism enterprises in the area regarding land grabs and involvement in the police’s mistreatment of Maasai. The Globe and Mail says that “Official harassment of the Maasai has been common for years”, as a Swedish blogger has extensively documented. Moreover, the Masaai have accused the government of waging a campaign against them.

Previous reports, including one by the Institute for Maasai Education, Research, and Conservation, have also implicated OBC in indiscriminately and unsustainably killing wildlife in Tanzania. The issue is bigger than one single company, however. Conservationists such as lion expert Craig Packer have long warned about excessive trophy killing in Tanzania.

Indeed, a 2019 report by wildlife expert Bertrand Chardonnet highlighted that hunting interests had abandoned 72% of the country’s big animal hunting zones. Chardonnet said this was due to “the decrease in the number of animals that can be hunted” along with encroachment by people for farming. As Don Pinnock wrote in the Daily Maverick, this challenges the “claim by hunters that their sport can protect biodiversity and prevent encroachment by farmers”.

Tanzania isn’t the only country embroiled in controversy linked to trophy killing. The South African government is facing a legal challenge brought by Humane Society International-Africa (HSI). This is over its proposed quotas for the amount of elephants, leopards, and black rhinos that hunters can kill in 2022. South Africa is the world’s second largest exporter of hunting ‘trophies’ after Canada.

The report’s author Ross Harvey asserts that there’s “extremely little evidence” that the practice is “critical” to conservation. The analysis further states that it offers “very little economic benefit” to the country overall. Only a “tiny volume” of the revenue reaches low-income households. Harvey characterises trophy hunting as:

an economically extractive and ecologically harmful hobby for the rich that benefits the rich.

These controversies surrounding trophy killing and its impact on people and wildlife in Tanzania and South Africa follow others. As The Canary reported, a 2021 undercover investigation in Namibia challenged the idea that the practice provided any meaningful income to communities there. It also raised concerns about the impact of trophy killing on wildlife populations.

The authorities accused the investigators of using their findings to “attack trophy hunting”. But recently, the apparent trophy hunt of a male desert lion in the country highlights again why concerns are warranted. As Desert Lions Human Relations Aid has previously told The Canary, there are now only an estimated 45-55 desert lions left in Namibia. And “nothing short of a miracle” is needed to ensure they bounce back from these perilously low numbers. With a reproductive male allegedly removed from the small population, that miracle is now even more unlikely.

Increasingly, evidence is coming to light which counters the notion that trophy killing is benefiting communities and conservation. The Maasai’s situation, whereby the practice is implicated in their eviction not enrichment, is a case in point.