Why are the British so afraid of the truth coming out? 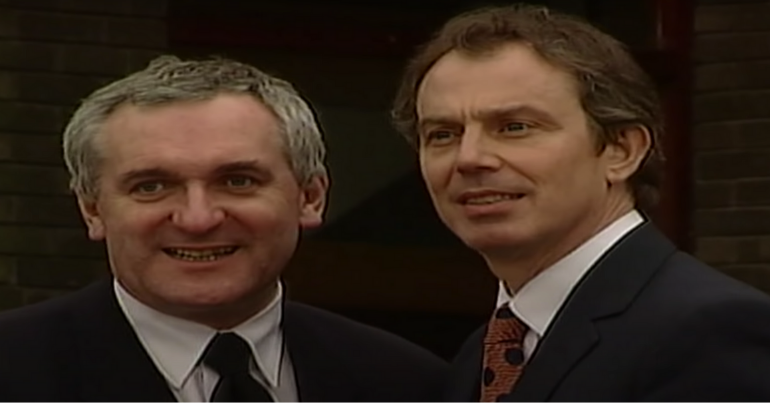 The 30-year conflict in the north of Ireland (sometimes called ‘The Troubles’) officially came to an end with the signing of the Good Friday Agreement (GFA) on 10 April 1998. On its opening page, the GFA declares:

We must never forget those who have died or been injured, and their families. But we can best honour them through a fresh start, in which we firmly dedicate ourselves to the achievement of reconciliation, tolerance, and mutual trust, and to the protection and vindication of the human rights of all.

However, as extensively reported by The Canary, Britain’s clandestine role in that conflict and its reluctance to accept responsibility for its actions has made “reconciliation” and “a fresh start” next to impossible. Moreover, in July 2021, the British government announced a command paper that proposed a statute of limitations. If approved, this would mean an amnesty from criminal prosecution for British military personnel as well as loyalist and republican paramilitaries who fought in that conflict. Victims’ campaigners from across the political divide have condemned such an amnesty. The Irish government believe it could even “re-traumatise” the conflict’s victims

As we approach the GFA’s 24th anniversary, The Canary is speaking to people from different communities in the north. They’re campaigning for justice for the victims of that conflict, and they’re determined that the British government’s command paper won’t shut down their right to the truth or justice. So, over the coming weeks, representatives from the South East Fermanagh Foundation (SEFF), the Pat Finucane Centre (PFC), Paper Trail, WAVE Trauma Centre, victims’ campaigner Raymond McCord and Relatives for Justice will speak to The Canary. They’ll tell us what they feel has gone wrong and how they would like to see victims of that conflict honoured from this point forward.

Have we honoured the victims?

Paul O’Connor, advocacy manager with the PFC, believes victims haven’t been honoured. Instead, according to O’Connor, the honouring of victims of the conflict is:

one of many unfulfilled promises of the Good Friday Agreement…what we’ve seen are various British administrations simply kicking the can down the road. They don’t want to deal with it. It could have been dealt with many many years ago.

He feels that through their command paper, the British are:

making a very determined effort, at this stage, to completely close it [legacy resolution] down.

Kenny Donaldson is the director of services with SEFF. Commenting on how the GFA has honoured the victims of the conflict, Donaldson said:

for all the difficult aspects that were within that agreement, at least it was open and transparent what people were voting for, in a sense.

However, he believes that since that time a lot has happened without the people’s approval. There has been a lot of “covert things done under the table to keep people bought into a so-called process”. This resulted in the victims and survivors becoming the “collateral damage” of the conflict. As a result, it was the victims who made the compromises and who have had to deal with the pain. Donaldson added that, in 1998 the people who stopped violence got praise. Whereas the victims got to carry the injustice of what hadn’t been resolved. As a result, we’ve had:

two Northern Irelands growing up, since that point.

Donaldson opposes the British government’s proposals for a statute of limitations, regardless of the role anybody from any side played in the conflict. Instead, Donaldson feels those people must be subject to the law. He feels it would be “very dangerous” to erase adherence to the law and “replace it with a process of truth and information recovery” (as proposed by the British government), when we don’t fully know what that process would entail. He says what many victims want from a truth and information process is:

to know who pressed the trigger or who detonated the bomb. And the likelihood of that being possible within any truth and information process is remote. So what are you actually achieving? You’re short-changing those victims and survivors once again. And their yearning for more will continue. We want justice to be on the table but not in a symbolic or opaque way.

Donaldson feels part of the problem could be that:

we are almost systemic liars, in Ireland north and south, or certainly systemic suppressors of information. And that’s at institutional and organisational level, the Churches, right throughout the period of time.

People don’t really see the benefit of being open and transparent in situations and of really getting your dirty linen out there and dealing with it and then moving forward and building anew.

There’s almost like the protection of the institution or protection of the organisation at all costs, I feel is very part of the DNA in this place. That may be unfair but I do think there’s a thread that runs through it.

He feels we need a culture change here, and that’s why SEFF found the Stormont House Agreement (SHA) objectionable. It was filled with “constructive ambiguity and a level of choreography”, according to Donaldson. He said the SHA wanted to put “acknowledgement statements” from state and paramilitaries at the end of the process. Whereas he felt it should have been “front and centre at the start of the process”. By this he means:

irrespective of what human grievance or injustice or hurt any of us may feel, that never justifies the use of violence and taking your neighbour’s life.

Donaldson believes the mentality of rejecting violence still hasn’t been fully accepted in Ireland. And as long as that mentality exists, the potential for slipping back into violence is there. He believes that while the weapons have been decommissioned, the mindset has not.

O’Connor said what’s needed is a mechanism that can carry out:

rigorous, independent, article two [of the European Convention on Human Rights] investigations into deaths arising from the conflict and providing information to families. And that has to be a mechanism that has trust right across the board across various communities… This has been proposed a number of times and then it was proposed within the Stormont House Agreement…and on repeated occasions we have agreements that are made and then the agreements are broken.

This is not rocket science, it’s not actually that difficult to resolve a lot of these issues… It can be resolved if there’s a will. I no longer believe there is a will there on the British side, whatsoever.

Moreover, he said successive British governments have ensured there’s no accountability for their actions. Whether it was the British massacre in Malaya, the detention camps for the Mau Mau in Kenya, torture in Cyprus, or the hooded men and shoot to kill policy in Ireland:

What about the Irish government?

Donaldson wants the Irish government to “step up to the mark”. For too long, according to Donaldson, it has taken the position of a “neutral observer”. He says it wasn’t:

Northern Ireland’s Troubles…it was a problem right across these two islands and the breakdown of relationships between people.

He added “if Dublin were serious about opposing strongly the [British government’s] amnesty issue” it could start by creating a resourced legacy unit within An Garda Síochána (the Irish police force). This would show what the Irish state is prepared to do, rather than just:

sitting back and just waiting to see what comes forward from the UK. And I wonder at times…is there a private position also, ‘we have to put up the sham fight lads but really there are some things we don’t want coming to our door either’?

the single most important thing that the Irish government could be doing is unlocking this bizarre situation whereby An Garda Síochána and the Department of Justice are not sharing information that they have about the Dublin and Monaghan bombings, and other attacks in the Republic of Ireland, with the Operation Kenova team led by Jon Boutcher.

This sharing of that information was to happen, but for some reason according to O’Connor, it was stopped “at the last minute”.

O’Connor believes there has been a de facto amnesty for some time. He said work done by the PFC uncovered “a secret and illegal agreement” between the command of the British army and the chief constable of the RUC (the old name for the PSNI – the Police Service of Northern Ireland). This agreement ensured the RUC didn’t investigate the killing of civilians by the military. The intention was that the RUC would interview civilian witnesses and the military would interview military witnesses. But, according to O’Connor, the RUC did not interview the civilian witnesses. And when the Royal Military Police interviewed soldiers after fatal shootings, they did so for administrative purposes. But they didn’t do so for criminal wrongdoing purposes. So it meant none of these cases were properly investigated.

He added that Brandon Lewis, the current secretary of state for Northern Ireland, is the only secretary in maybe 25 years they haven’t met. He said this comes from the British government’s insistence that the vast majority of the security forces’ killings were lawful. But the PFC makes the point that these killings weren’t even investigated, so they can’t say whether they were lawful or not.

He believes there’s something of a quandary now for the British, as statements made by paratroopers on the killing of civilians were ruled to be inadmissible in court because they were made without a lawyer present. But this same right was not extended to the many people, in the 1970s:

when admissions were beaten out of them in Castlereagh or Ballykelly… They simply weren’t believed or maybe they were believed and the judge didn’t really care.

This creates a “circle of inequality, a circle of injustice”. The British:

Could these proposals become law?

Neither O’Connor nor Donaldson believe the British government’s amnesty proposals will go ahead as laid out in the command paper. Furthermore there is opposition to the proposals among US politicians and Amnesty International has urged US president Joe Biden to make human rights the “cornerstone” of US-UK trade deals.

But it’s clear the British proposals have already damaged the relationship with victims’ campaigners. More importantly, it’s clear that it has added to the suffering of the people waiting decades for justice. The Canary will speak with two more campaigners next week.