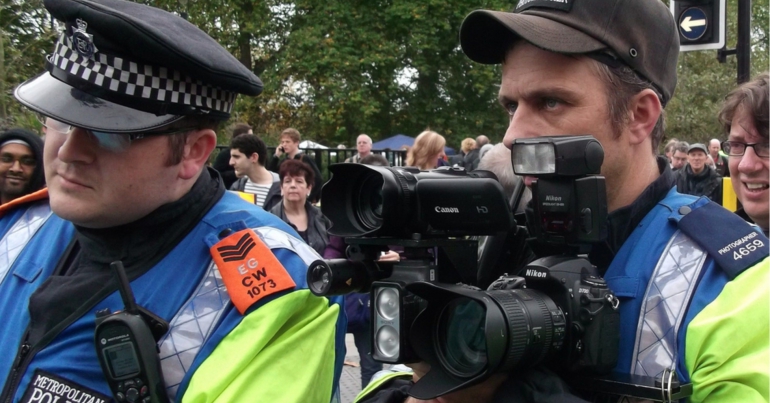 Revelations from a parliamentary committee show the Home Office is turning the UK into Big Brother. But it’s for the most ridiculous of reasons. It’s doing it to save money.

The police hold 19 million images on their image databases. But many of these images are held unlawfully. In 2012, the high court ruled that the Metropolitan Police acted unlawfully in keeping images of a woman and a child who were arrested but not prosecuted.

At the time, Lord Justice Richards stated that a Home Office review of data retention should take place in a “reasonable further period” and that it should be “measured in months, not years”.

But it seems the Home Office didn’t listen to Richards. It failed to publish its review until March 2017. Home secretary Amber Rudd stated:

Accordingly, following consultation with key partners, the principal recommendation is to allow ‘unconvicted persons’ to apply for deletion of their custody image, with a presumption that this will be deleted unless retention is necessary for a policing purpose and there is an exceptional reason to retain it.

And a year later…

A year later, it seems as though nothing has changed following the review. In fact, the Home Office does not even know how many images police forces hold of innocent people. Nor does it know how many people have applied to have their images deleted.

Baroness Williams, the Home Office minister responsible for biometrics, stated in a letter to the committee:

Any weeding exercise will have significant costs and be difficult to justify given the off-setting reductions forces would be required to find in order to fund it.

The size of the image database is disturbing as it is. But its use is even more disturbing. Police forces are increasingly using facial recognition software. The Metropolitan Police came under fire for using it at the Notting Hill Carnival. And South Wales Police recently used the technology against protesters at an arms fair.

Innocent people should rightly expect that images gathered of them in relation to a crime will be removed if they are not convicted. This is increasingly important as police forces step up the use of facial recognition at high profile events – including the Notting Hill Carnival for the past two years.

Police hold thousands of pictures of activists and bystanders who were never even taken into custody and may not know their photo was taken.

Lack of money does not justify a massive breach of our civil liberties. And it certainly doesn’t justify turning the UK into a Big Brother state. But it appears the government’s penny-pinching knows no bounds.