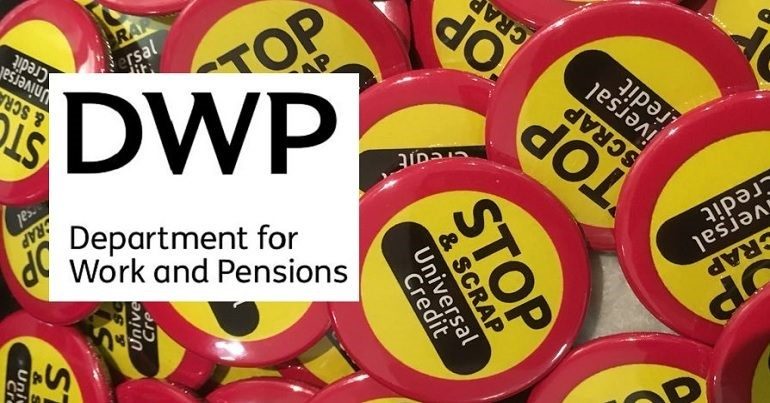 New figures reveal that the Department for Work and Pensions (DWP) is taking money from a third of people claiming universal credit.

The information came from a Freedom of Information request by the Observer to the DWP. It shows that the proportion of deductions from Universal Credit payments rose from ‘one in ten in May 2017’, to ‘a third in May 2018’.

Deductions can be made for many reasons, including arrears of rent, utilities or council tax, some loans and some fines. The DWP can deduct up to 40% of the Universal Credit ‘standard allowance’ (currently £317.82/month for a single adult over 25). The Child Poverty Action Group claims that rather than being exceptional, 40% is, in fact, the “default” rate of deduction. And according to debt charity StepChange:

There are exceptions, where the DWP considers it to be in the claimant’s best interest, when deductions could exceed [40%].

Universal credit not paid on time

The DWP can also deduct money to pay back advance payments of Universal Credit. Until February 2018, new Universal Credit claimants had to wait seven days before their entitlement to any payment began. Claimants are now entitled to benefits from the day they make their claim, but it is at least five weeks before they receive any money.

A report from the National Audit Office (NAO) found that in 2017 a quarter of new claimants were not paid on time, with payment delayed on average by four weeks. 40% of late-paid claimants had to wait around 11 weeks for payment, and 20% had to wait almost five months.

Research by the Trussell Trust found that 70% of respondents reported being in debt as a result of having to wait so long for the first payment.

Many people cannot manage without money for such a long period and according to the NAO, nearly 60% of new Universal Credit claimants receive an advance which is then deducted from future payments.

Another reason for deductions is rent arrears. A report in July by housing providers found that nearly three-quarters of households on Universal Credit are in rent arrears, compared with 26% of all households. The chief executive of Citizens Advice has said that the rollout of Universal Credit:

risks pushing thousands of families into a spiral of debt, and placing an even greater strain on public services.

The government has also frozen benefits, including Universal Credit, since 2016. The freeze will continue until at least 2020. The Trussell Trust says that the main reason for people being referred to food banks is “low income – benefits, not earning”. The Trust is calling for benefits to be increased in line with inflation.

“A responsibility to the taxpayer”

The DWP told the Observer:

We recognise the importance of safeguarding claimants who have incurred debt and there are protections in place for vulnerable claimants, but we also have a responsibility to the taxpayer to collect advances of benefits where possible.

With universal credit, people are offered a range of assistance, including personal budgeting support to help them manage their money.

The fact is that Universal Credit is insufficient for people to live on. And as people continue to have to wait weeks or months for payment, the number falling into debt and poverty will only rise.

– Read our other posts about Universal Credit.