As wages soar for the rich, the UN is coming to investigate poverty in the UK - The Canary 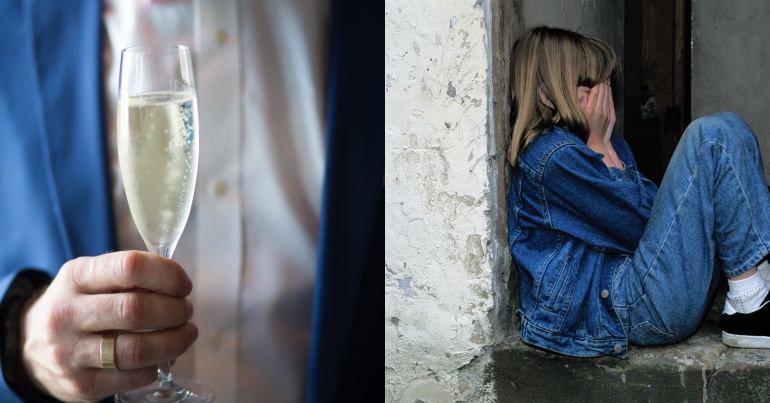 Wages for the top earners in the UK have hit an average of £3.9m. But as wealth for those at the top soars, the UN is heading to investigate poverty in the UK.

The gap between those who bask in luxury and people who struggle to survive has never been greater.

Research from the High Pay Centre found that wages for CEOs in FTSE 100 companies rose 11% in 2017. The average wage for the top earners in the UK’s most lucrative 100 companies is now £3.9m.

In contrast, the UN will send Prof Philip Alston to investigate UK poverty in November. Alston is the UN’s special rapporteur on extreme poverty and human rights.

The Guardian reported that it would take someone with the UK’s average (median) salary of £23,474 about 167 years to earn the same as the top earners. But for rising numbers of people across the UK, that average salary is a million miles away; because poverty is soaring – and to such an extent that the UN is coming to investigate.

Given the shocking levels of poverty, homelessness and the dire human rights situation in Britain, it seems unlikely the investigation will yield positive results.

The fact that poverty is rising in the UK is now well documented in far too many ways.

Wages are stagnant, and benefits have been slashed. Meanwhile, homelessness numbers have soared. People have died on the streets. Rents have doubled in the past ten years. In some parts of the UK, over half the children live in poverty. Between 1 April 2017 and 31 March 2018, Trussell Trust food banks distributed over a million (1,332,952) three-day emergency food packages. And as the charity says, “484,026 of these went to children”.

Alston’s remit is clear. He will examine the relationship between extreme poverty, people’s human rights and the impact of the government’s role in five key areas. And the UN pins much of its investigation directly on measures introduced by successive Conservative-led governments:

Twist of the knife

Meanwhile, homelessness soars. Since 2010, the number of people sleeping rough in the UK has risen 169%. As The Canary has previously reported, for the lowest earning people, the cost of housing has risen faster in the UK than almost anywhere in western Europe. There’s now [pdf] a “chronic” lack of affordable housing in England. The increase in private rents in most of England is three times the increase of average incomes – for too many people, this is pushing them further into poverty.

But at the top of the housing ladder, the rewards are clearly vast.

The gap between the rich and poor is growing. According to the Equality Trust, the UK is “the seventh most unequal” out of 30 countries in the OECD (Organisation for Economic Co-operation and Development). In the UK:

And the latest figures of these fat-cat salaries may tip that balance even further. It remains to be seen what the UN findings will reveal. But the fact that this investigation is even happening is already a damning indictment of this government.

– The UN has called for anyone “working on issues related to poverty and human rights” to provide written statements ahead of its visit. Spread the word!