The UK got half a trillion pounds richer last year. Here's why that's a disaster. - Canary 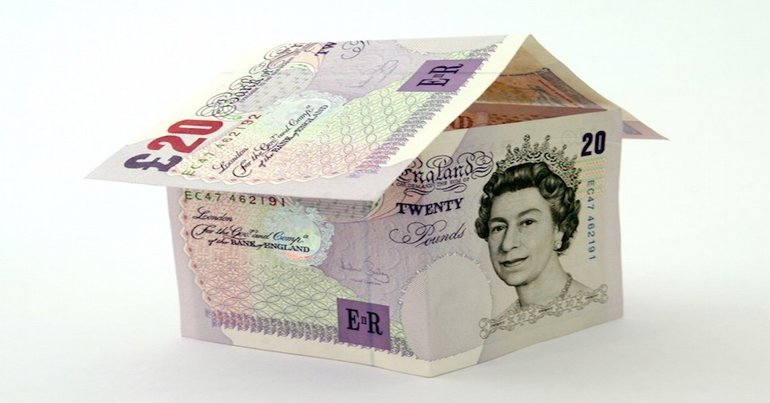 New figures from the Office for National Statistics (ONS) have revealed that the UK’s net worth increased by £492bn in 2017. But it doesn’t take long to show why this increase is a total disaster for millions of people in the UK. Because the rise has come through the soaring value of land and property. Yet there is a spiralling housing crisis and the number of homeless people has continued to rise since 2010.

The ONS report found that the UK’s net worth in 2017 was £10.2 trillion, which is “an average of £155,000 per person”. But in the latest figures available, 51% of this value came from land, and this is “higher than any other measured G7 country”. And, despite ongoing austerity measures, the net worth of the UK government “rose by £74 billion from 2016 to 2017, the largest rise on record”.

Daniel Groves, a senior statistician for the ONS pinpointed the key findings of this report:

The increase in the net worth of the UK was driven by continued increases in the value of housing and land.

Meanwhile, alongside this vast income from housing and land, homelessness numbers in the UK have soared. People have died on the streets and rents have doubled in the past ten years.

This report highlights that vast profit was created by a “rapid growth in house prices, supported by price increases”.

Yet, since 2010, the number of people sleeping rough in the UK has risen 169%. As The Canary has previously reported, for the lowest earning people, the cost of housing has risen faster in the UK than almost anywhere in western Europe. There’s now a “chronic lack of affordable housing in England”. The increase in private rents in most of England is three times the increase of average incomes. For too many people, this is pushing them further into poverty. There is little chance, if any, for millions to benefit from rising house prices.

Meanwhile, since 2016, local government assets soared by £36bn. This mostly came from rises in the value of buildings held by local councils, other than “dwellings and land”. But this property is owned by the same councils that have over 1.15 million households on waiting lists for housing. In 2017, only 290,000 homes were offered. Many people (65%) had been on housing lists over a year and 27% for more than five years.

Profit for the few not the many

The report estimates that this net worth amounts to “£155,000 per person”. But the reality for millions of people in the UK is very different.

Because under this Conservative government, wages are stagnant and benefits have been slashed. In some parts of the UK, over half the children live in poverty. Between 1 April 2017 and 31 March 2018, Trussell Trust food banks distributed over a million (1,332,952) three-day emergency food packages. And as the charity says, “484,026 of these went to children”.

The ONS figures show that this government is billions of pounds richer. Yet the reality of life for too many people is so dire that the UN is coming to investigate the impact of poverty in the UK.

So far, the government has given no indication that it will halt damaging austerity measures. It looks unlikely to do so despite these ONS figures. Both Labour and the Green Party have manifestos that promise to tackle the housing crisis and poverty. But whilst we undeniably need a change of government, even these policies may not go far enough to tackle the root cause of inequality in the UK highlighted by this report.

A core legacy of Thatcher’s government was to equate homeownership as the ‘ultimate’ measure of success. But alternatives like regenerating empty properties, housing co-ops and other community-led housing models put people before profit. They provide a genuinely alternative way to create homes: one that shifts money away from the government and back into communities.

Bricks and mortar may equal profit – but the true value of a safe home is priceless. And, although these figures might be disastrous for millions, thinking differently about the value of home ownership could start a real revolution.

– Find out more about alternative models of housing from projects like Empty Homes.

– Explore the potential of community-led housing and housing co-ops.