Theresa May spilled the beans. The Tories are preparing for a general election. - The Canary 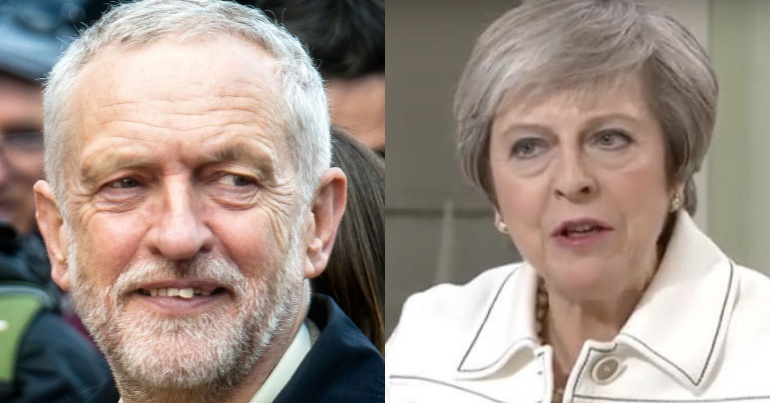 Theresa May has been promoting new Conservative prospective parliamentary candidates on social media. Labour’s disciplinary office – known as the ‘Whips’ – saw the photos as evidence of preparation for a general election.

And there are growing signs that might be right.

Nothing to see here, just Theresa May and the Tories getting ready for that General Election she says won’t happen . . . 🤔 https://t.co/qAxvXe3sg0

At the same time, the prime minister is touring the UK trying to win people over to her Brexit deal. This suggests that even May expects parliament will vote down her deal on 11 December, so is also preparing for another referendum or a general election. Following a defeat on May’s deal, Labour says it would table a confidence vote against the prime minister. If a simple majority of MPs votes no-confidence in May and no alternative government forms within 14 days, a general election would have to take place.

While May insists a general election will come in a “few years time”, she spent a whole year denying the 2017 poll would happen.

Also, campaigning outside of an official general election timescale has advantages for the Conservatives. It means broadcasters are not bound by Ofcom’s election impartiality rules, so they don’t have to give Labour a fairer hearing. That enables the BBC, for example, to gear its version of a Brexit TV debate between May and Jeremy Corbyn in the prime minister’s favour. Under current proposals, the debate would include a 10-person panel where half of the participants support May’s deal. The other half would support a variety of other positions, such as leaving with no deal or holding another referendum. And a BBC moderator would select questions from social media and a studio audience.

The Conservatives and the corporate media have accused Corbyn of “running scared” of the BBC debate. But in reality, Corbyn accepted a debate immediately. A party spokesperson said:

As she did during the general election campaign, Theresa May is running away from the scrutiny of a real head-to-head debate with Jeremy Corbyn

. Why else would she not accept ITV’s offer of a straightforward head-to-head debate, as Jeremy has done?

Instead, her team are playing games and prefer the BBC’s offer, which would provide less debating time and risk a confusing mish-mash for the viewing public.

While accusing Labour of fear, May has refused to commit to a TV debate if there’s a general election.

Meanwhile, Labour is taking measures in parliament to ensure a “smooth transfer of power” should a general election go ahead. Shadow chancellor John McDonnell said a public poll could come “at any time”.

And on social media, quite a few commentators suspect a general election:

✅ Establishment media on manoeuvres with homelessness, from Sunday Times to #Marr

Get ready for a general election. https://t.co/5jl125XAdo

Am starting to think there's going to be a general election on January 31st.

A comprehensive study from the University of Warwick found that austerity economics was the main driving force behind the Leave vote. With Labour planning public expenditure based on investment rather than cuts, only a general election can address the root causes of Brexit.