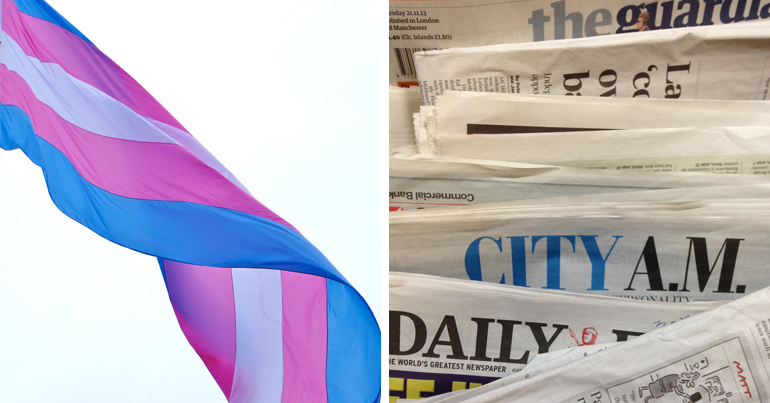 Transgender issues are one of Twitter user @CaseyExplosion‘s top priorities. On 9 January, she shared a “heartbreaking story” sent in by one of her followers.

A woman “was followed into the women’s toilets by a man accusing her of being trans”, @CaseyExplosion said:

The woman, who remained anonymous because she didn’t want attention, said the incident happened in a shopping centre “before Christmas”. A man followed her into the public toilets “roaring ‘GET THE FUCK OUT'” and called her a “transgender pervert”:

This seemed to be because of the woman’s haircut, clothing and neutral look:

Staff and security were quick to respond and end the situation. But she felt “lucky” that the incident happened in such a busy location, the woman said. Although specifics were vague to ensure the woman remained anonymous, @CaseyExplosion said it happened in the UK.

And the most heartbreaking detail? The woman, targeted in part for her short hair, was growing it out for the first time since her teens. She felt “forced back into the closet” as a result of the attack, she said.

Transphobia in the media

It’s worth noting that the attacked woman is in fact cisgendered, not trans. But that didn’t stop the man from abusing her based on his perception of her gender. And the woman pointed directly at the UK media’s “anti-transgender hysteria” for this:

Others have also accused the mainstream UK media of transphobia. Writing in online magazine the Outline, journalist Edie Miller highlights four instances the Times “lost their fucking minds” over an update to the Gender Recognition Act (GRA). The updated legislation will remove obstacles for gender self-identity, making life less difficult for trans people. As a result of the GRA, the Times published articles with headlines like: “Trans extremists are putting equality at risk“.

Right-wing papers were not the only culprits, though. Miller points out that US-based writers for the Guardian called out its UK arm for an editorial that “only serves to dehumanize and stigmatize trans people”. As The Canary reported on 18 October 2018, the editorial about the GRA drew widespread criticism.

A frequent pattern of misreporting on the GRA led LGBTQI+ campaign group Stonewall to publish a statement on “inaccurate reporting”. It described the discourse on trans people and rights as “toxic”, warning that:

Media focus on exclusion only makes it easier for this type of discrimination to continue unchallenged.

The examples given above are just a small selection of a much bigger problem. Because of this, trans journalist Shon Faye described the mainstream media in Britain as “fanatically anti-trans”. Faye suggested the problem came from a history of overt transphobia across the UK political spectrum rather than on the right (where it belongs in the US). Miller, meanwhile, blamed a mix of the “U.K. Skeptics movement” and online forum Mumsnet. These two, Miller claims, provided fertile ground for trans-exclusionary radical feminism to spread.

The Home Affairs Committee held an examination into the problem in April 2018. And in May 2018, women and equalities minister Penny Mordaunt even slammed the UK media’s treatment of trans issues in parliament.

Little appears to have changed since then, though. As Vogue writer Paris Lees tweeted on 9 January, press regulator IPSO recently forced several UK newspapers to publish corrections on trans issues:

Whatever its exact cause, the results of this attitude are clear: trans people – and people perceived as trans – face real world consequences for the media’s transphobia.