Crying 'betrayal', the chancellor has dramatically split from prime minister Theresa May - The Canary 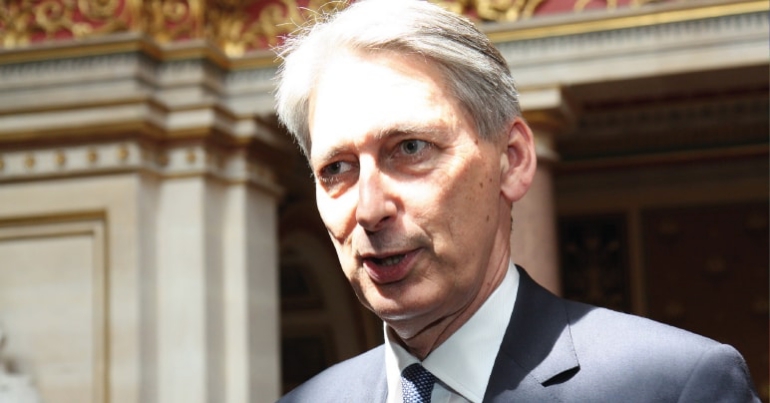 Chancellor Philip Hammond appears to have dramatically split from Theresa May. With the prime minister spending billions preparing for a no-deal Brexit and refusing to extend the date we leave the EU, May’s own chancellor has essentially split from her.

Hammond suggested May would be betraying people through allowing a no-deal Brexit to happen:

Not leaving would be seen as a betrayal of that referendum decision. But leaving without a deal would undermine our future prosperity, and would equally represent a betrayal of the promises that were made… The only sustainable solution is a negotiated settlement with the EU.

Shadow chancellor John McDonnell then called on Hammond to resign over the matter:

The chancellor must now surely consider his position in the Government. Philip Hammond’s comments today demonstrate he has acknowledged the damage a no-deal Brexit would do to our economy, jobs and living standards. If the prime minister fails to listen to his warnings and continues to refuse to take no deal off the table there is no other option, he must resign.

Neither Hammond nor work and pensions secretary Amber Rudd have ruled out resigning over the prospect of no-deal.

Ripping up the UK constitution

After May suffered the biggest government defeat ever on her deal, she continued to threaten MPs with a no-deal Brexit. But at the same time, May’s own Chancellor was phoning major businesses and assuring them MPs would take no-deal “off the table”. He said that could lead to extending Article 50 (the process for leaving the EU).

A battle between the prime minister and MPs over extending Article 50 has serious constitutional consequences. But it appears the Conservative Party would rather tear up the constitution than face Jeremy Corbyn in an election – the usual way to solve a parliamentary stalemate.

On one side of the war, a “senior government minister” has confirmed that Theresa May could bring in the Queen to shutdown rebellions from her own MPs. The Queen could refuse to give opposition and rebel bills ‘royal assent’ on the advice of ministers. Assent is normally considered a formality. On the other side, Conservative backbench MP Dominic Grieve is trying to take power over the parliamentary timetable away from May’s government and hand it to a minority of MPs.

A general election over a constitutional crisis

The constitutional implications are huge. On one hand, the monarch would literally be overturning the vote of UK MPs. On the other, a minority of MPs would be undermining the basic principle of centuries of parliament: majority-rule. This is the outcome of Grieve’s amendment. It would allow 300 out of 650 MPs to take control over the parliamentary timetable.

May’s cabinet is split on the way forward on Brexit, with the chancellor suggesting his own government’s de facto policy would be a “betrayal”. The lack of pressure from the media and political establishment is enabling May to simply ignore the normal route out of the ongoing Brexit deadlock: a general election.