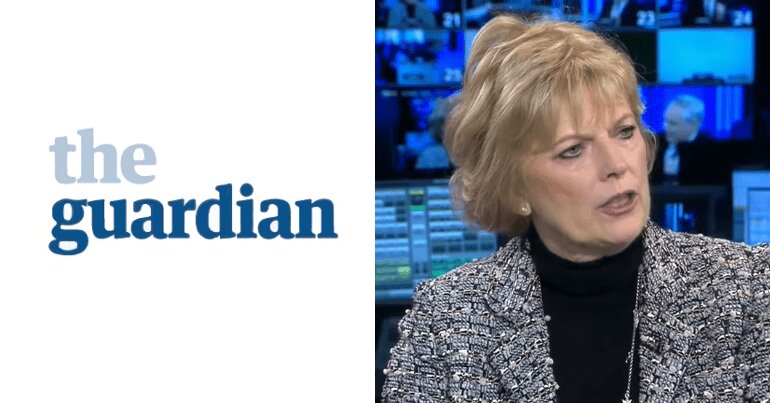 The Guardian published five false statements from Anna Soubry in a single article on 13 March. So The Canary has debunked them in the order they appear in the Independent Group MP’s opinion piece.

1.) “Corbyn failed to mention the people’s vote once in parliament yesterday”

This statement is factually incorrect. Corbyn said in the Commons:

If this deal narrowly scrapes through tonight – I don’t think it will – we believe the option should be to go back to the people for a confirmatory vote on it.

Labour has already backed a second referendum as an emergency solution to avoid a no-deal Brexit. So Corbyn’s saying that there should also be a public vote if May’s deal made it through the Commons on 12 March. In the second vote on May’s withdrawal agreement, she lost by 149 votes.

Following an email from The Canary, the Guardian amended its article to reflect that Corbyn did speak about a people’s vote.

The media outlet also said it had no comment on any of the false statements.

2.) “It’s as if the party conference vote to take Brexit back to the people when all other options had been exhausted had never happened.”

This is the second incorrect assertion. Labour’s conference motion on Brexit actually said:

If we cannot get a general election Labour must support all options remaining on the table, including campaigning for a public vote.

The conference resolution was designed to give Labour space to manoeuvre, not pigeon hole the party into a single position.

3.) “Labour’s refusal to back a second vote seems to become more determined”

Again that’s false: Labour has already backed a second vote. The problem is the same as it’s always been: there is no majority for a second referendum in the Commons.

Back in January, Labour tabled an amendment that included an option for the Commons to vote for a second referendum. Soubry was among the MPs who voted it down.

4.) Corbyn “believes in Brexit in any event”

This is another untrue statement. Corbyn campaigned for remain, saying he was ‘seven out of ten’ for staying in the EU. The establishment theory that the Labour leader secretly voted leave in the referendum seems to originate from somebody called Martin Waplington.

Waplington claimed Corbyn told him in a Tapas bar that he planned to vote leave and the media ran to the moon with it. It didn’t seem to matter too much that Corbyn was actually filming The Last Leg with Channel 4 on that Friday night.

5.) “Labour should be honouring its policy of representing the views of members and voters and taking the lead on a people’s vote.”

This claim seems to confirm that Soubry exists in a different reality. Labour has already backed a public vote. But because it’s the opposition party, only the government can take the lead on the matter.

The Guardian, Soubry and others have long been pretending that if only Labour would back a second referendum we’d magically get one. Now it’s clear that was never the case, the liberal centrists are left shouting the same nonsense into the abyss. The Guardian should really check itself before publishing five false statements from a politician. It’s losing credibility by the day.