In four horrendous words about child abuse, Boris Johnson shows how unfit he is for public office - The Canary 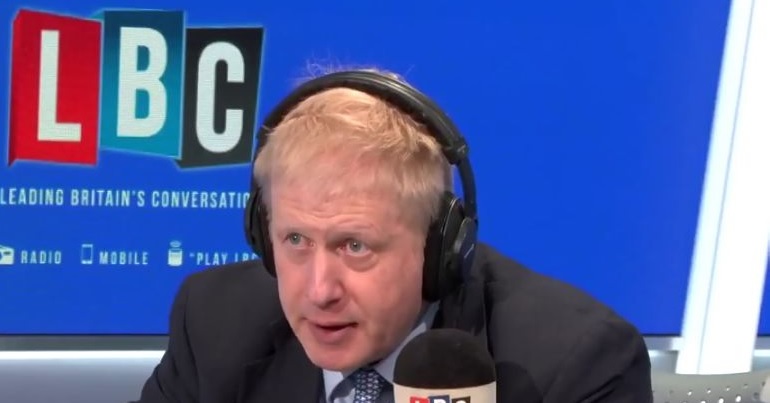 In four horrendous words on 13 March, Boris Johnson showed how unfit he is for public office. Speaking on LBC, the Conservative MP likened the funding of historic child abuse cases to money being “spaffed up the wall’.

According to Johnson, spending policing funds on such cases is likely to do nothing to “protect the public now”. That couldn’t be more wrong. Because if the police successfully prosecute historic cases of child abuse – or other major crimes – then it could serve as a deterrent to others now, and in the future.

That Johnson doesn’t appear to understand that, nor the offence his insensitive comments could cause, speaks volumes about his aptitude as an MP.

LBC‘s Nick Ferrari interviewed Johnson. During the discussion, he spoke to the Uxbridge and South Ruislip MP about violent crime in London. Specifically, he asked:

Is there a correlation between cuts, budget cuts, fewer police officers and a spike in crime?

The answer to that is clearly yes. As the chairman of the Association of Police and Crime Commissioners, Mark Burns-Williamson, told the Guardian, cuts to both police numbers and youth services have created a “toxic mix”.

But it’s Johnson’s party of government which is responsible for those cuts. So, he didn’t admit to that “correlation”. He acknowledged that having “high” numbers of police officers on the streets is important. But he claimed that what exactly you spend money on, and therefore where you deploy the officers, is the “question”. And he apparently has an issue with some funding choices:

I think an awful lot of money, an awful lot of police time now goes into these historic offences, and all this malarkey… £60m I saw is being spaffed up the wall on, y’know, some investigation into historic child abuse… What on earth is that going to do to protect the public now?

Johnson’s dismissive attitude towards justice for child abuse survivors met with much criticism:

Was shocked when I looked up what that word 'spaffed' means.
Utterly inapropriate language at any time. But more so in this context. He must be called out.#BorisJohnson is unfit for office.

Man who wasted millions on some water cannons and an unbuilt bridge with some pot plants on it says police investigating child abuse ‘malarkey’ is money ‘spaffed up a wall’. My loathing for his brand of #politics knows no bounds.#Brexitchaos #borisjohnsonhttps://t.co/aXKDrj5qeW

There is no bar too low and no group too vulnerable for #BorisJohnson when it comes to political opportunism. It is a disgrace how he uses his MP platform and privileges to spread hatred and to trample on vulnerable groups in society. He is a moral vacuum. https://t.co/EGbzLqxb3E

Johnson’s comments are disgraceful, on so many levels. He dismissed the idea of survivors seeking justice. In the process, he also effectively dismissed the idea that punishment is in any way a deterrent to crime, where historic cases are concerned. This dismissal is appalling in the case of child abuse. Because perpetrators notoriously try to keep children quiet about the abuse. In Johnson’s vision of a ‘justice’ system then, if they keep the child quiet long enough, they can get off scot-free.

Oh, and Johnson saw fit to use sexual slang – on the subject of child abuse – to deliver his verdict on these cases.

His comments may have conveniently deflected any blame from the Conservative government for rising crime, but they’ve shown him in a terrible light. In fact, they’ve shown him to be completely unfit for office.