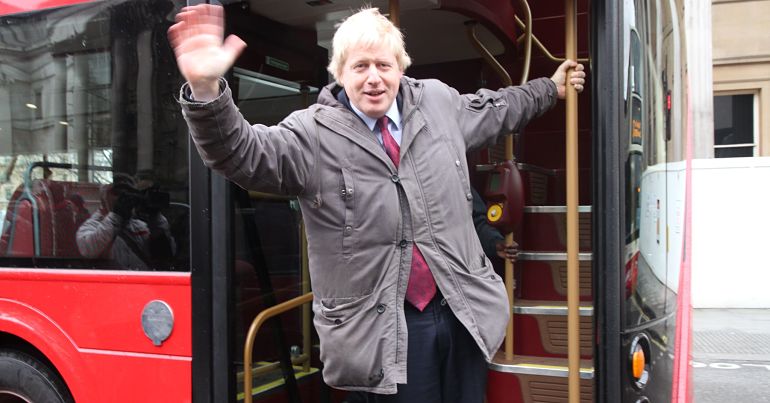 This article was updated on 9 June at 13:35 to remove Graham Stringer’s name. He was previously included in the list of Conservative MPs.

Former UK foreign secretary and mayor of London Boris Johnson MP has been summonsed to attend court to face charges of misconduct in a public office. The allegation is that by promoting the infamous ‘£350m to the EU’ in the lead-up to the 2016 referendum campaign, he lied to the British public.

But Johnson wasn’t the only leading Tory to approve the ads. Indeed, as well as Johnson, four other potential contenders for the job of prime minister are listed as backing the campaign that included the ads.

Having considered all the relevant factors, I am satisfied that this is a proper case to issue the summons as requested for the three offences [of misconduct in a public office].

The judge also ruled that the hearing Johnson will face will be in open court, and so reporting restrictions were lifted. She emphasised that this was because much of the material referred to is in the public domain.

Johnson is now required to attend court for a preliminary hearing. The offence carries a maximum sentence of life imprisonment. Johnson denies all wrongdoing.

The £350m to the EU claim that Johnson is accused of promoting was an integral part of the ads published by the official Leave campaign, Vote Leave.

A package of Vote Leave ads was also presented to a parliamentary committee by Facebook as part of an inquiry into fake news. Here’s one of the ads that includes the claim that is in dispute: 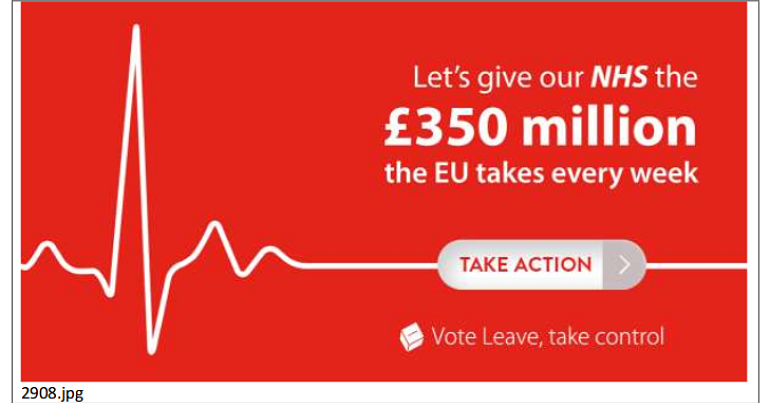 And it goes on

And there were more contentious ads. Not forgetting this video, which promotes the alleged incorrect figure of £350 million and highly questionable claims about other countries joining the EU. It is still available on the Vote Leave website:

Great response for the first day of the #BattleBus in the South West today. Let's #TakeControl on 23 June pic.twitter.com/rxgAW2zVKx

And the Vote Leave website still argues the case:

All down to Boris?

Boris Johnson and Michael Gove MP fronted the Vote Leave campaign (the latter is listed as co-convenor). But they were joined by many prominent politicians, including MPs who are now vying for the position of prime minister.

The Canary contacted all the people named in this article but had not received a response at the time of publication.

The question must be asked: where does collective responsibility begin and end?

Ultimately, there are also questions about integrity and whether individuals are fit persons to hold public office or even become prime minister.