That's it. Google is done with the Tories' fake news campaign. - The Canary 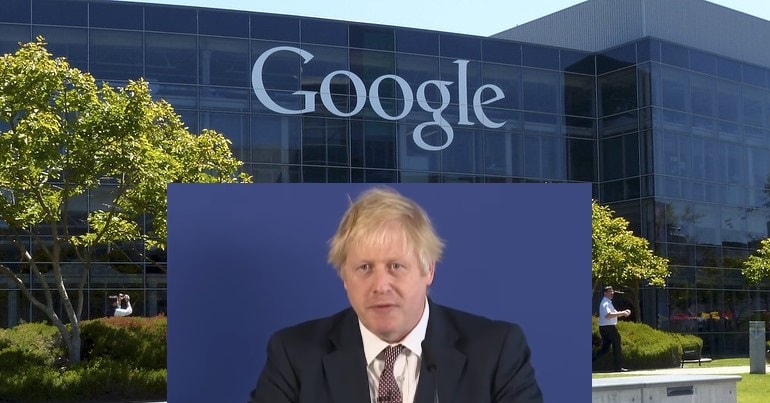 The Conservatives are running such a rampant fake news campaign that Google is now done with it. The tech giant has banned eight separate Tory party online adverts.

They only have lies?

There have been many instances of disinformation from the Conservatives this election, such as:

And now we have eight banned adverts. Google would not disclose the content of the ads nor the specific reasons why they were removed. But the tech multinational’s guidelines claim that “we don’t allow ads or destinations that deceive users”.

“Tories are relying on cynical and dishonest tactics”

The fact that the Conservatives are resorting to fake news shows that they have no plans or desire to improve the lives of people in Britain. While Labour is running the biggest, people-powered campaign for real change in a generation, the Tories are relying on cynical and dishonest tactics.

It’s unclear how deceptive the banned ads were. Because there are still Tory ads visible that claim to send users to “Corbyn’s Labour manifesto”, but actually go to “labourmanifesto.co.uk” – a fake Tory-run site.

Even the BBC recently criticised the Conservatives for editing video ads to suggest that BBC presenters endorse the party’s attacks on Labour. The broadcaster said the ads “could damage perceptions of our impartiality”. The thing is, viewers have caught the BBC itself doctoring broadcasted footage on numerous occasions in a way that favours the Conservative Party this election.

It’s welcome that Google has acted against what is likely outright fake news from the Tory party. But we must question whether profit-minded big tech companies should really be regulating our political sphere. Another solution could be regulation through parliament while ensuring we uphold free speech.

At present, the UK elections watchdog – the Electoral Commission – has not condemned the Conservative Party’s disinformation this election. When the Tory Press Twitter account pretended to be an independent fact-checker, the Electoral Commission didn’t single out the ruling party, instead saying “voters are entitled to transparency and integrity from campaigners in the lead-up to an election”. The Electoral Commission also said that it doesn’t have a role in “regulating election campaign content”, but the watchdog is asking for greater powers to ensure ads are transparent.

Another problem is that fake news can do a lot of damage before a regulator takes it down. That suggests we also need appropriate regulation and punishment to stop people and parties creating fake news in the first place.

We must treat any internet regulation with extreme caution because the risks of inadvertently shutting down legitimate speech remain. But Britain surely cannot allow the levels of fake news coming from the Tory party this election. Given the Electoral Commission doesn’t currently have the powers it needs, at least Google has stepped in for now.