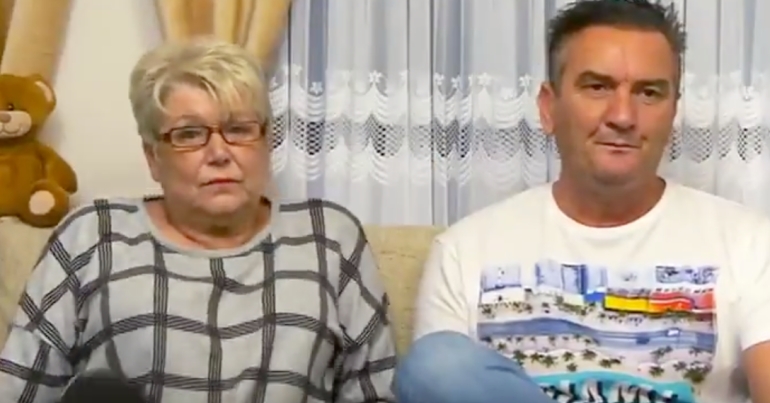 A brilliant montage of Gogglebox participants watching Nicky Morgan lie about the number of extra nurses the Tories are promising is essential viewing for anyone shouting at the TV this election. Because you’re not alone. And it’s what people across the country are doing every time the Tories lie.

It’s also bad news for Boris Johnson. Because his party is hoping that it can fib its way to victory on the basis that people are too stupid to see through their lies.

“Oh dear, this is damaging, Mary”

The montage is centred around an appearance Morgan made on Good Morning Britain. Morgan tried, unsuccessfully, to continue the Tory falsehood that it’s going to employ 50,000 extra nurses. But as has been widely pointed out,19,000 of those ‘promised’ are people already working as nurses. So basically, the figure is based on people continuing doing the jobs they are already doing.

Gogglebox-ers, however, were not fooled:

How many nurses? #Marr #Ridge pic.twitter.com/usqrJ4gZok

As one man pointed out:

Is she just playing with words here? Does she not realise what she’s saying. Are we supposed to sit and go, ‘oh yeah, she’s right?’

And as another person stated:

Oh dear, this is damaging, Mary.

“You’re saying the same thing, over and over again”

As the clip progresses, one Goggleboxer shouted the refrain that echos around the country every time a Conservative politician is interviewed:

You’re saying the same thing, over and over again.

Another clip nails the simple question many would like a Conservative politician to answer:

“You’re treating everyone as idiots”

But one line in the montage sums up exactly what the Tories have been doing:

You’re treating everybody as idiots. Not just Piers and Susannah, but me and Lee as well.

Boris Johnson has made his disdain for the UK public clear on many occasions including writing that working-class men are “likely to be drunk, criminal, aimless, feckless and hopeless” in a 1995 magazine column. He also said that the children of single mothers are “ill-raised, ignorant, aggressive and illegitimate”. And his father’s comments about the literacy levels of UK citizens speaks volumes about how the elite view us plebs.

But this Gogglebox clip shows that people aren’t taken in by the lies and that you’re not alone when you’re shouting at the TV this election. And that’s bad news for Johnson and the Tories. Because their whole election strategy seems to be based on the fact that people either don’t care or won’t notice that they’re constantly lying.