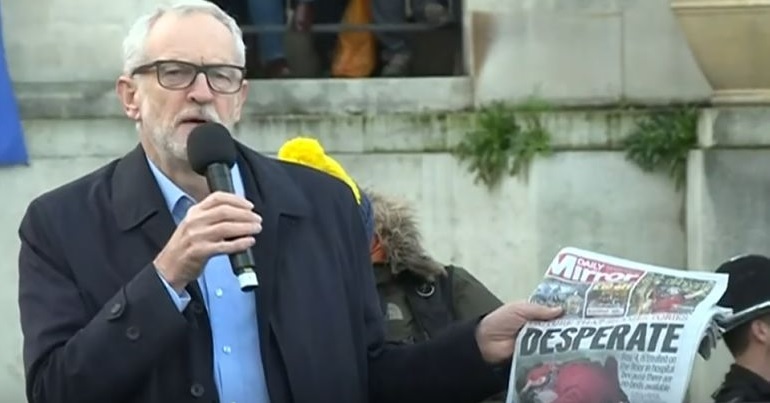 The Labour Party is the only main UK party not paying to lie to people in the general election. According to a study by First Draft, both the Conservatives and the Liberal Democrats have paid for advertisements that contain misleading or factually wrong information. The Conservatives, in particular, to an extremely excessive degree. For the period it looked at in the study, the organisation couldn’t find a single ad from Labour that spread lies or falsehoods to voters.

Trust is a major issue in this election. This study shows that, in terms of the nationwide parties and trust, Labour is the best choice for voters.

A majority government of lies

Boris Johnson is pressing hard for people to give him enough votes to form a majority government. According to First Draft, in order to attract those votes, the Conservatives paid to promote ads widely that are “not correct or not entirely correct” 88% of the time between 1 and 4 December.

First Draft identified the party’s false claims about how much Labour’s plans will cost households. These claims, that Jeremy Corbyn’s party will cost households £2,400 each and spend £1.2 trillion are regularly churned out by Johnson and the party. But they have little grounding in reality. In fact, Labour says it will save an average household over £6,000 a year. The Conservatives’ deceit is evident in the fact it started using this £1.2 trillion figure before Labour even released its manifesto.

The organisation also said the Liberal Democrats had paid for hundreds of “potentially misleading ads” during the same period. The ads contained sourceless graphs as evidence alongside a Lib Dem claim that “in seats like yours”, it is the only party able to beat either the Conservatives, Labour or the SNP.

A Labour government without lies

On Labour, First Draft said it couldn’t find any misleading ads during those four days. But it raised a cost-free tweet from Corbyn that claimed a Johnson-led trade deal with the US could “send £500 million a week from our NHS to big drugs companies”. The £500m figure that Corbyn cited comes from an academic report which gave the “worst case scenario” for price increases based on spending on drugs in the US.

Some say it’s unlikely the UK would face such a worst case scenario. But Channel 4 Dispatches has documented meetings between US and UK officials where they discussed price caps on drugs post-Brexit (the NHS currently caps the prices it pays for drugs). Meanwhile, Labour has released hundreds of previously secret documents on the US/UK trade talks that show discussion on pharmaceuticals is ongoing because the US wants “total market access” in any trade deal.

So the question is, do you trust Johnson not to deliver the worst case scenario for the NHS in a US trade deal?

Overall, the Coalition for Reform in Political Advertising says numerous campaigns spanning the political spectrum have been “indecent, dishonest or untruthful”. But if First Draft’s report is anything to go by, the main party responsible for such deceit is the Conservatives.

When it comes to the matter of trust, Johnson is the worst possible choice in this election.