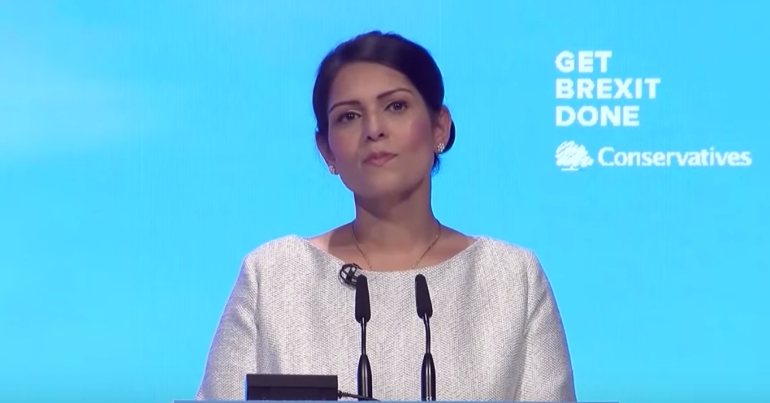 The government is about to run a deportation flight to Jamaica. Up to 50 people may be on it. It claims they’re not British citizens. But given the Tories’ history of racist and classist policies, people are furious. So campaign groups have organised vital action to stop it.

As the Morning Star reported, the flight is due to leave on 11 February. But there is growing outcry over this, because campaigners claim that among those facing deportation are people who have lived in the UK most of their lives. So two groups have organised a demo outside Downing Street. It starts at 6pm on 6 February. They are BARAC UK and BAME Lawyers for Justice: 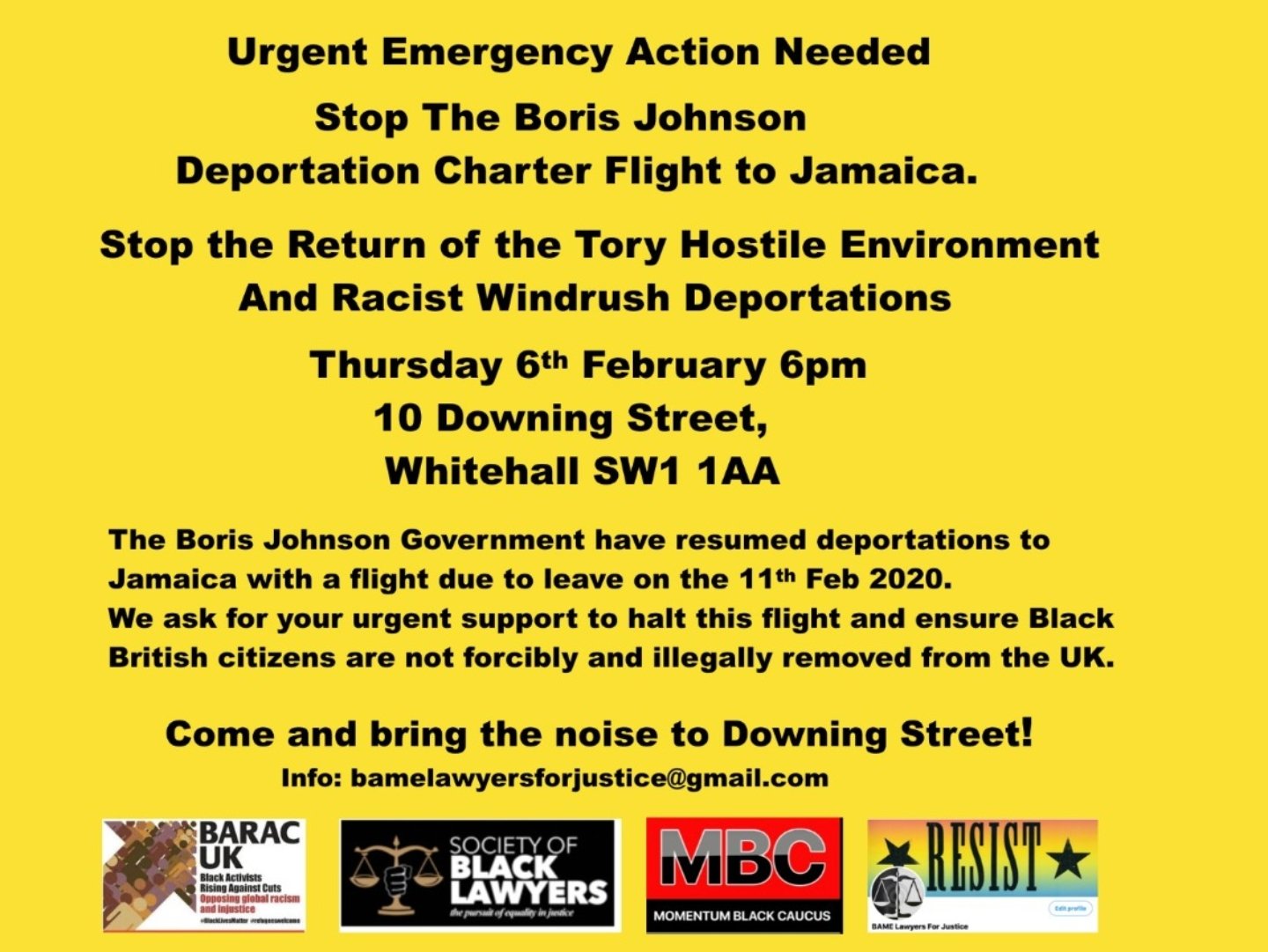 As the campaigners wrote:

Up to 50 people could be deported on this flight, people who will be torn apart from families including children, who have lived most of their lives in the UK and including people who are going through appeals with the Home Office.

The flight has also caught the attention of MPs. But the background to this story raises many, larger issues.

Labour MP Nadia Whittome asked the PM if he would “suspend” the flight:

2 years since the Windrush scandal, and before the Lessons Learned Review is published, the government plans to deport 50 people to Jamaica next week.

Boris Johnson refuses to suspend the flight because he says they are all criminals.

Johnson brushed the issue aside, claiming:

I think the whole House will understand that the people of this country will think it right to send back foreign national offenders.

But campaigners and MPs dispute the idea that these people are all criminals. Another Labour MP, Dawn Butler, said one of the men was:

The Home Office have briefed that everyone on the deportation flight are serious criminals. I don't think this is true and this planned flight must now be halted until everyone is checked. We cannot allow the Tory hostile environment to continue. pic.twitter.com/k8gW81HM5b

The joint enterprise rule allowed judges to convict people of crimes such as murder. The rule was used in situations where someone was involved, but did not actually kill the victim. As the Guardian reported, in 2016, the Supreme Court said that judges had been “wrongly interpreting” the law. This has led to people raising questions about a number of convictions using the rule.

Also, the people the government wants to ‘send back’ to Jamaica have had limited access to phones:

1/ people detained at Harmondsworth have raised concerns that the phone lines are down. Once detained pwrsonal phones are taken and a basic phone issued. The detention centre say the phones are down due to some problem with antennas /masts & that this is caused by @LycamobileUK

The High Court has ordered home secretary Priti Patel to sort the issue out, which is inhibiting detainees from contact with their lawyers and families.

But the bigger picture here involves the Windrush scandal. As Whittome said, the government still hasn’t finished its “lessons learned” review. So it can’t yet adequately ‘learn the lessons’ from its mistakes and apply that understanding in these people’s cases.

We have seen too many cases where people have been wrongly denied recourse to public funds and access to justice and sometimes wrongly deported with tragic consequences for them and their families.

So, we call upon the government to abandon the deeply racist hostile environment, ‘deport now, appeal later’ immigration policy that has and continues to cause so much heartbreak and injustice.

We say that all such deportations should cease, until the publication of the Windrush lessons learned report and the full implementation of its recommendations and until there has been a full independent inquiry into the Windrush scandal.

This has all happened before. As The Canary reported, in February 2019 the government deported 35 people to Jamaica. It claimed none of them were of the Windrush generation. But campaigners disputed this. Campaign group Movement for Justice said some of the people came here as children. Others had direct lineage to the Windrush generation:

The Windrush scandal and subsequent deportation flights generally only hit a certain demographic. That is, poorer black people. As the Carnegie Council for Ethics in International Affairs noted, there was “public outcry” over the obvious institutionalised racism apparent in the scandal. But the government’s attitude to the Windrush generation was also “classist“. Grime artist Marci Phonix highlighted this in 2018.

He was debating Tory MP Kwasi Kwarteng on Channel 4 News. Kwateng claimed he didn’t know “anyone who has been deported”. Phonix’s response summed up the classist nature of Windrush:

You are not coming from the same place I’m coming from. You don’t represent the same people I represent. You would not know. And you don’t care… It’s a job for you… This is reality for me.

So, the protest over the deportation flight on 6 February is crucial. Because the more pressure we apply on the government the better. But after the protest, there’s still more work to be done. Because the ‘hostile environment’ clearly still exists. And if we thought we’d seen the worst of Windrush, it may well not be over yet.

Find out more at the deportation flight demo.