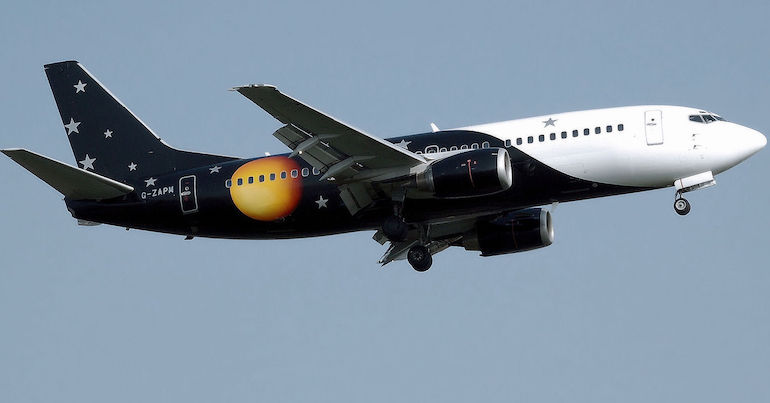 On 6 February, the Home Office deported around 35 people to Jamaica. This came on the same day that the Stansted 15 were sentenced for their role in trying to prevent this brutal practice that destroys lives and families. No matter what home secretary Sajid Javid may say, the Windrush crisis is far from over. The UK’s ‘hostile environment‘ is getting worse.

In May 2018, Javid admitted that at least 63 “members of the Windrush generation could have been wrongfully removed or deported from the UK since 2002”. So on 5 February 2019, Labour’s David Lammy asked Javid to rule out the possibility of further mistakes for the men due to be deported. He also asked:

Once enslaved, then colonised, and now repatriated… Why is it that in this country, black lives mean less?

Javid defended the deportations claiming all had “been convicted of a serious crime”. He also claimed none were UK citizens or members of the Windrush generation.

This stood in stark contrast to other reports:

Out of 26 Detainees we’ve spoken to not single 1 convicted of murder & only 1 was for rape. Yet @sajidjavid very keen to keep stressing those particular convictions. Most are minor assault convictions or drugs – 1 Rasta man convicted for cannabis (only conviction) #Jamaica50

And further details emerged about some of the people removed on buses. 11 people had indefinite leave to remain, many lived in the UK since they were children, and all have families here:

My friend is on that plane bound for Jamaica this morning. I've just spoken to his wife. His daughter, (16 last week) and son (13 next week) are inconsolable. Dad's been here for well over 20 years, has nobody in Jamaica. We've all been up all night, very sad day for humanity.

This update details how Twane Morgan, a veteran with PTSD and 5 British children, was put on the deportation flight despite an injunction and only taken off at the last moment. Another young man who had earlier tried to kill himself was also removed. https://t.co/T3m53FvAlz

Later, it emerged that six people were granted leave to stay. But there was no hope for around 35 other people. A Titan Airways charter flight left at 8.16am:

“Until there is justice”

As Satbir Singh, chief executive of the Joint Council for the Welfare of Immigrants, said:

It’s inappropriate for the government to resume mass deportations, particularly to the Caribbean, before the Windrush Lessons Learned review has even concluded.

Labour MPs have also continued to place pressure on Javid and the Home Office over resuming deportations before resolving the abuse of the Windrush generation. As Lammy said, it’s a “national scandal”; and Dawn Butler also stated that “it’s a disgrace and it’s a stain on our country”.

Diane. Dawn. David.
Last year, today, and until there is justice – our Labour MPs will stand up for the Windrush Generation. pic.twitter.com/6BWCSRd0P6

I have written to @sajidjavid with 57 @UKLabour colleagues to call for an immediate halt to #deportation flights to #Jamaica.

10 months after the #Windrush Scandal broke, we are yet to see a Lessons Learned review. How can we be sure Govt. won’t make the same mistakes again? pic.twitter.com/Oi3sm36JrK

And Green Party MP Caroline Lucas condemned these deportations too:

Tomorrow Home Office is planning to kick 50 people out of UK on a cruel charter flight.

Did ministers think we were too busy with Brexit to notice return of #HostileEnvironment?

Did they think we forgot about #Windrush?

Govt must cancel this flight now and end this hostility.

Most importantly, we should never forget how vulnerable the hostile environment makes too many people feel:

T'is scary being a black person in the UK right. Having a British passport provides no peace of mind. Anyday now I'm expecting a knock on my door cos someone at @ukhomeoffice has decided it's in society's best interest to deport me. #HostileEnvironment #LarasMum #Windrush

There are growing moves to place pressure on Titan Airways:

Scab @titan_airways (hired to break strikes like the BA ones) are also being chartered by the Home Office to deport people. They're running the flight to #Jamaica. Tell them what you think of them! Titan you're complicit in brutal human rights abuses #EndDeportations

In a savage twist of irony, the deportations took place on the same day of the Stansted 15 sentencing. They answered a “call for help” and stopped another Titan Airways deportation flight:

The last time the Home Office and Titan Airways conspired to forcible deport people on a charter flight from a civilian airport the #Standted15 stopped it!

And yet, as The Canary reported, they faced terrorism charges. Lammy also made this link clear:

Solidarity with the #Stansted15 who are being sentenced today. You stood up for human rights but are being treated like terrorists. We need to end the Hostile Environment. https://t.co/NK6nSpM0T4

The UK’s hostile environment wrecks families and destroys lives. We know that the government made mistakes with at least six people on this flight. So how many more innocent people may be on that plane? No matter what defence Javid gives, it’s a sickening reflection of a twisted government.