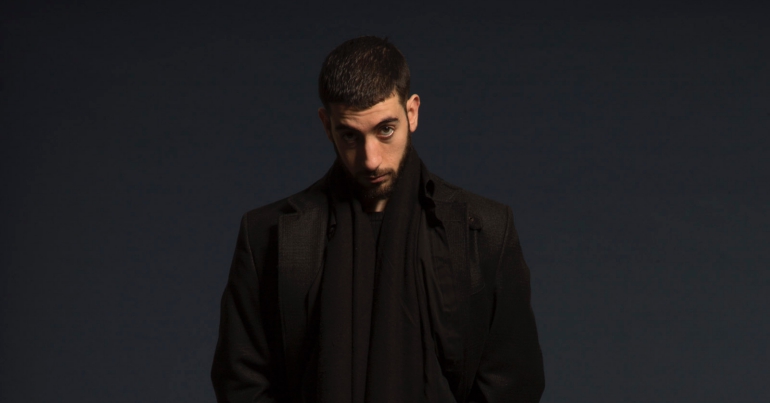 A conscious rapper and poet is taking action in support of 15 people who are facing life imprisonment after stopping a deportation flight. The Stansted 15 locked themselves together to prevent a chartered deportation flight taking off from London Stansted Airport. The flight was taking people to Nigeria, Ghana and Sierra Leone. At least 11 of the people due to be deported that day are still in the UK.

The 15 took action after responding to a “call for help”. They will be sentenced on 6 February at Chelmsford Crown Court for a terrorism-related offence. But many people support the action they took, including rapper Potent Whisper – aka Georgie Stephanou.

A video of support

Whisper has now released a new video to support the Stansted 15. The piece not only shows what the 15’s lawyer described as “a travesty of justice”, but it also highlights the wider issues around the hostile environment, deportations and civil liberties in the UK:

The Canary caught up with Whisper to talk about the Stansted 15 and the new video.

The Rhyming Guide to the Stansted 15

From the grime-heavy, anti-gentrification anthem Brixton First featuring Lara Lee to his collection of spoken-word Rhyming Guides to…, Whisper’s artistry and ability to mix politics with music and words is fast gaining him a reputation.

He’s now added the Stansted 15 to the Rhyming Guides to… series. And he explains why he thought it was important to show solidarity with the 15:

On one level, I wrote the piece to show solidarity to a group of people who risked their own freedom to prevent the harm and death of others. I want to celebrate the people who the government seek to vilify, to recognise their heroism and to thank them for what they did.

But he also wants to highlight the other implications of the case:

Beyond this, the case of the Stansted 15 is an important one because it opens discussion on so many immediate issues; from deportations, the hostile environment and the Windrush scandal through to the misapplication of terror laws, attacks on the right to protest, and the erosion of civil liberties. It seemed too important not to write about.

Who are the terrorists?

This point comes through strongly in the piece:

You wanna know what terror is? You wanna find the terrorists?

Go to the Home Office, that’s where terror lives.

Kidnapping people, putting them in vans,

Separating families, putting them in camps,

Keeping people locked up for long amounts of time,

When being born somewhere else is their only crime,

The violence of the hostile environment, the lies,

The charter flights sending people somewhere else to die.

And as he says:

Please forgive me if I’m wrong but I don’t think I’ve made an error,

By any common person’s definition, that is terror.

And this is a point that many of the defendants agree with. Writing in the Guardian, one of the 15 (Ben Smoke) describes ‘feeling lucky’ that he is facing jail because:

Simply by virtue of my birthplace, I’ve been afforded the humanity of a goodbye. More than that though, I know that after this is all over, I’ll come back to the safety and security of those who love me. Whether it’s minutes, hours, weeks, months or years after that sentencing hearing starts, eventually I’ll be back home, writing, dancing and living. For most people who bear the brunt of the hostile environment, that’s not true. The future that awaits them is uncertain. It’s laced with pain, with the potential of violence, torture and death.

Whisper also focuses on the erosion of civil liberties in the UK and how the debate over these rights gets linked to terrorism:

Civil liberties have been eroded through discourses of terror and public safety, essentially creating a situation whereby we agree to give away our privacy and rights as citizens in a blind leap of faith toward the idea that there is a greater good which we serve.

And he points out that private companies are using laws to suppress protest – something which is seen in the number of injunctions companies and public bodies are taking out against peaceful protesters:

Now, increasingly, we see laws being weaponised not only by the state to silence peaceful protest but by private companies who manipulate particular laws to disable any opposition to their plans and profit.

What are we preventing?

Whisper uses the piece to question the notion of “extremism”. In particular, he addresses the “non-violent extremism” former PM David Cameron claimed he wanted to tackle. Whisper quotes Cameron:

Whisper then looks at what his speech meant, especially in terms of the government’s Prevent strategy:

His speech laid the ground so they could introduce Prevent,

Which means they can arrest you for thoughts inside your head.

They can come for anyone they claim to be a threat.

It doesn’t matter if you didn’t act. Thinking means arrest.

And he is clear about the implications of this:

The laws are being used to stop us peacefully protesting.

Anyone objecting to the state can be arrested.

Attacking British people they were supposed to be protecting,

Causing all the terror they were meant to be preventing.

Solidarity with the Stansted 15

As Whisper points out, the 15 were originally charged with aggravated trespass – an offence that carries a maximum three-month sentence. But following an intervention by the attorney general, they faced a charge of intentional disruption of services and endangerment at an aerodrome under the 1990 Aviation and Maritime Security Act.

But Whisper is clear why he thinks they were charged with this offence:

The charges that they chose reflect a personal decision.

And that’s why the 15 face up to life in prison.

Which, I’ll say again, would be a three-month sentence.

That’s why they suddenly decided on a terror charge,

To vilify the heroes so their own guilt’s deflected.

The Stansted 15 took effective direct action to save lives. They are currently appealing the verdict, but they need our solidarity as they face sentencing.

Throughout the video, Whisper highlights the tradition of protest in the UK, but his final words nail why standing with the 15 is so important:

When it comes to protest, Britain’s got a rich tradition.

Many broke the law so we could live the way we’re living.

Every decent thing we have was won, it wasn’t given.

If we didn’t have these activists we wouldn’t be Great Britain.