Theresa May's definition of an extremist probably includes you - Canary 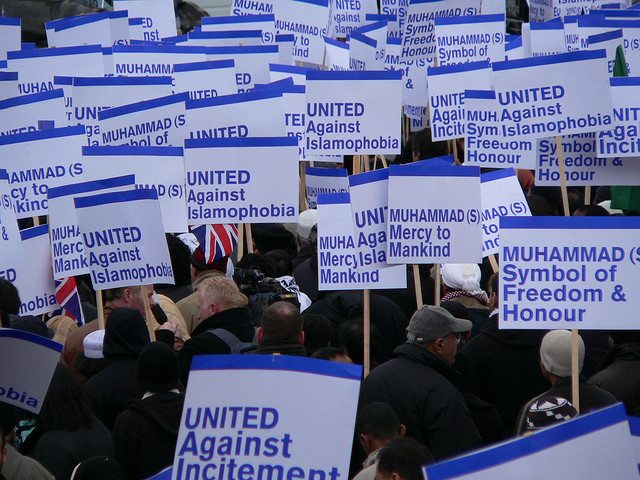 According to Home Secretary, Theresa May, we face “an unprecedented threat from extremists,” which she plans to tackle with a host of draconian measures scheduled to be published in the counter-extremist bill this autumn.

However, when Theresa May was asked on the BBC to define extremism, she was evasive and fudged her answer. Instead, she dismissed the question by saying “the strategy has a definition” without further elaborating. This strategy refers to the definition of extremism given in the glossary of terms in the Prevent Agenda Guidance. It is unsurprising she didn’t expand her answer given there are so many ambiguities to the term. It is described as “vocal or active opposition” to that other ill defined phrase, “British values”, including “democracy, the rule of law, individual liberty and mutual respect and tolerance of different faiths and beliefs.”

Kevin Blowe, Coordinator at the Network for Police Monitoring, who has been campaigning against the Prevent agenda, and the use of the term “extremist” said:

The problem with legislation based on ill defined terms like ‘extremism’ is the government’s broad description, could apply to tens of thousands of people. It is at best subject to selective interpretation, and at worst to outright abuse.

In the past, this “selective interpretation” has lead to a Muslim teenager being questioned about Isis for discussing eco-activism in a class,  and a research student being held for six days under terrorism legislation. Protesters are also covered by the extremism label, with anyone prepared to take direct action, and therefore act outside of the law, considered a threat.

We know that up and down the country, police officers are already branding a range of protest movements as ‘extremist’ and ‘violent’ at Prevent training sessions, based on little more than speculation and ill informed opinion. Many in Muslim communities are increasingly wary of expressing political opinions of any kind, in case someone reports them as a risk.

Meanwhile, David Cameron is no longer worried just about “violent extremism”, he wants to fight “all extremism” – he hates extremism so much he managed to mention variations of it nine times in a one minute speech. However, the message is clear – he wants to punish people for thinking or speaking about ideas, even if they are non-violent or they have no intention of acting upon their beliefs. Furthermore, he wants to target them over something his Home Secretary seems reluctant to define.

Orwellian cliches of big brother society abound whenever there are threats to our civil liberties. However, this may be an instance where they are apt.  The bill can be defeated, but it will take mass opposition. Given the bill hasn’t been published yet, there’s still time to form alliances across groups, to act together, and to take a stand for all voices of dissent.