It’s Back to the Future day: were the predictions right? - Canary 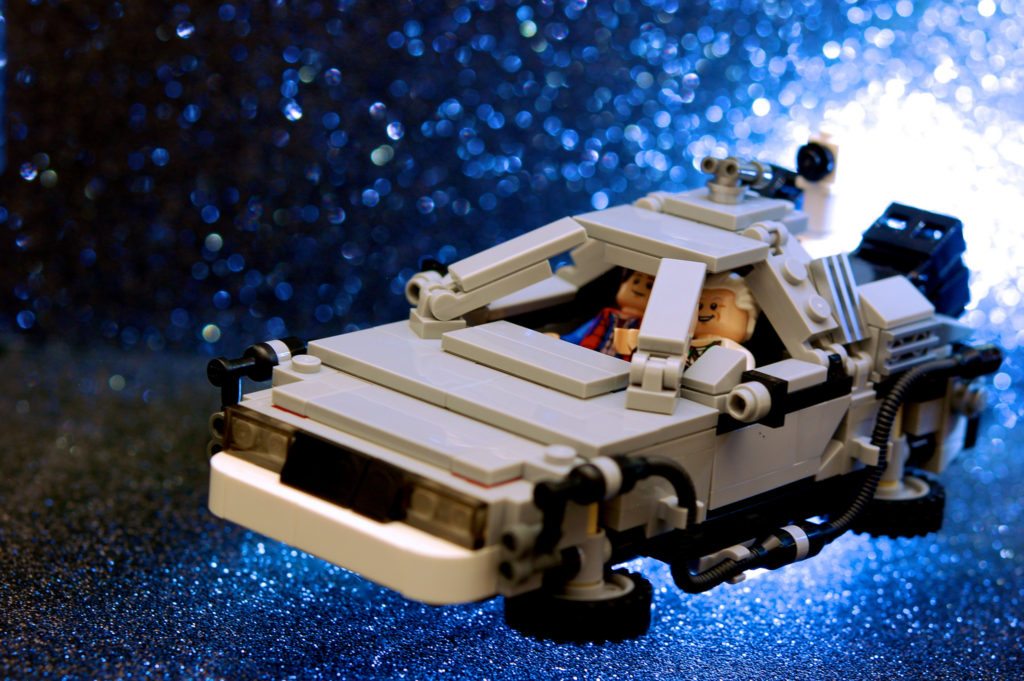 In classic ‘80s science fiction film Back to the Future Part II, Marty McFly travels 30 years into the future – to 21 October 2015. Flying cars, dehydrated pizzas and Jaws 19 aren’t as familiar as the filmmakers thought they would be, but what did they get right?

The technology seemed unbelievable to the film buffs of 1989, and some of it still does. We still need roads, our clothes don’t adjust to the size of our bodies (or dry themselves automatically) and the weather service isn’t that much better than it was 30 years ago. But some of the film’s predictions have had an even more significant impact than we could have expected. Here are three sci-fi technologies that are already changing the way we live.

Fuel made from food waste

When Doc Brown flies in from the future, his iconic DeLorean no longer runs on plutonium but on food waste. We might not be able to power a flying car with a banana skin and a swig of old beer, but biogas made from food waste is already making big waves around the world. Some waste-to-energy (WtE) systems called anaerobic digesters rely on bacteria to break down organic waste, producing fuels like methane and ethanol.

Since we waste around 30% of the food produced worldwide, this has huge potential as a source of fuel. One of the sticking points of the technology is the relatively high carbon emissions: carbon dioxide is produced as a byproduct of the fermentation process and released directly into the atmosphere.

So although our cars aren’t sporting a Mr. Fusion home fuel tank for food scraps, we’re making strides to turn food waste into fuel, rather than piling it up in landfill.

When Marty’s future self receives a phone call in Back to the Future II, the whole family sees who’s on the other end of the line, through their hi-tech glasses that have digital displays. As if mobile phones haven’t had a big enough impact, wearable technology is transforming the way we communicate to an even greater extent.

Released for testing by “Glass Explorers” in 2013, Google Glass is a type of head mounted optical technology that enables you to connect to the internet using voice control and interact with information in a smartphone-like format. It lets you check the weather, read the news and track your phone calls, all on a visual display. We can also wear information technology on our wrists: with smart watches – like the Apple Watch – you can not only tell the time, but swipe through emails, take phone calls and many other things. And the latest in the wearables trend (and possibly the most frivolous piece of technology I’ve ever seen) is the Ringly, which will vibrate and light up when you receive a call.

Back to the film. When Marty takes that call, the caller pops up on a big TV screen. Video calls are the norm today – we Skype and FaceTime with friends, family and colleagues around the world for free. Skype’s 300 million users spend a combined 3 billion minutes on video calls every day. And video calling is getting more interactive all the time; earlier this year, Samsung released a video – the world’s first live virtual reality birth using the Samsung Gear VR – that’s already had more than 14 million views on YouTube:

In Back to the Future Part II’s 2015, people don’t walk their dogs – autonomous flying machines do it for them. For New York-based videographer Jeff Myers, drones are perfect for dog walking duties. His video Walking Dogs With Drones made quite a splash last year, making his golden retriever quite the canine celebrity:

Drones – or unmanned aerial vehicles (UAVs) – have had more of an impact than just helping out with chores. They were largely confined to military use in the 1980s but drones are now close to being household technology: Business Insider UK estimates the drone market will be worth almost $100 million over the next decade. Drones have been pretty popular among consumers, with the simple models costing less than $100.

Where there’s a successful technology, there are bound to be business applications too. Drones have huge potential for companies, which are estimated to account for 12% of the drones market over the next ten years. Google is looking at drones to replace snail mail and Easyjet has already tested them to inspect aircraft. One key application is in replacing people in dangerous or remote areas: inspecting hazardous sites like Fukushima and surveying large plots of land becomes much easier with drones.

Some of the other technologies that featured in the film are on the verge of being available. Hoverboards (which, let’s face it, we’d all like to try out) are around, but at the moment they’re prohibitively expensive – take the $10,000 steerable Hendo Hoverboard, for example.

And the self-lacing Nikes? Not on the market yet, unfortunately. Give it 30 years and we might be skidding around a few inches off the ground, wearing seriously retro-looking shoes.