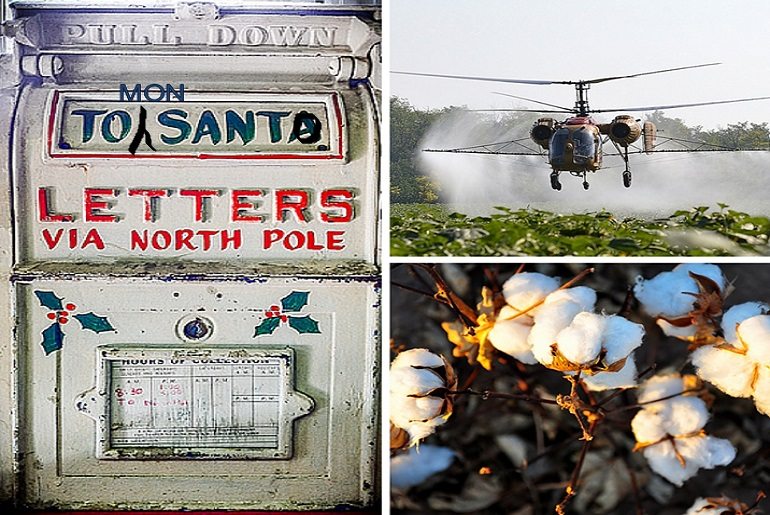 The Californian Environmental Protection Agency’s (EPA) decided to add glyphosate – the principal ingredient of Roundup weed killer – to its list of cancer causing agents. Monsanto, the manufacturer, were given notice of the decision on 15 September 2015, and the period for public comment was extended ten days later, coming to an end on 20 October 2015. Sam Delson, Deputy Director for External and Legislative Affairs at the California office of Environmental Health Hazard Assessment confirmed that by the 5pm deadline,

We received more than 8,000 comments. We received many comments on both sides of the issue. We will now review the comments and make a determination on whether or not to complete the listing of this chemical.

Chemicals are only listed if they are deemed sufficiently carcinogenic (cancer causing) by the World Health Organisation’s International Agency for Research on Cancer (IARC). Under the Safe Drinking Water and Toxic Enforcement Act of 1986, products containing glyphosate will be required to carry a ‘clear and reasonable’ label, warning that they pose a risk to life, unless Monsanto was able to argue against the decision. Monsanto’s first comment, as the deadline fell, was that the decision to list could be considered illegal as it was not based on valid scientific evidence. Scientists from the Centre for Food Safety and many other public interest groups roundly supported the decision to list glyphosate in an open letter which meticulously detailed research supporting the position that the chemical is unsafe.

Earlier this year the IARC gathered 17 experts from 11 different countries to assess evidence from around the world on five different agricultural chemicals. In March they issued a monograph, which described two different levels of toxicity as it relates to cancer – ‘possible’, and the more severe, ‘probably carcinogenic to humans’, which is how they described glyphosate. Their conclusions were also detailed in The Lancet, where three factors related to the decision stand out.

As Bad Pharma by Ben Goldacre definitively argues, the very structure of peer reviewed research means that Monsanto can cite various studies showing their product to be safe. The phrase ‘use as directed‘ is also something of a get out of jail free card. To be clear, as Sense About Science points out, listing the product as ‘probably carcinogenic to humans’ makes it less risky than those things which definitely cause cancer, such as sunlight, and on a par with baby oil and coconut milk. Public understanding of relative risks can be frustratingly poor for scientists and corporations alike. Monsanto arguably provides excellent products to millions of farmers. Not everyone will get skin cancer from exposure to sunlight.  The Agricultural Health Study, with a sample of 89,000 people from Iowa and North Carolina, found no link to non-Hodgkin’s lymphoma. But that doesn’t guarantee that the 650,000 + tons of glyphosate used across the globe every year are safe. Whether or not glyphosate causes cancer, there are many who think it is linked to other diseases as well. Scientists highlighting toxicity concerns about the combination of GMO crops and herbicides have received a huge show of support from the scientific community.

Dave Schubert PhD, head of the cellular neurobiology lab at the Salk Institute for Biological Studies at La Jolla, California, an expert at assessing health risks, told Reuters that he thought glyphosate “should be banned”.

In an email to The  Canary he explained that

There is strong evidence from Central America that many communities growing herbicide resistant soy have much higher rates of cancer and birth defects. The EPA, the government agency that oversees agricultural chemicals, rarely, requires safety testing of the actual product that is a mixture of chemicals, only the ingredients individually. From a scientific point of view, this is not a valid assessment of product safety.

There to protect us

Monsanto has the kind of lobbying power that only swarms of giant spiders with do-what-I-say-serum on their toes can dream of.  The travelator from corporate executive to government oversight committee is known as ‘Regulatory Capture‘, and Monsanto excels at this, even under Obama.

If the listing and subsequent ‘risk to life’ label go ahead, they will result in absolutely no restriction of the sale of the product. None. Monsanto have called for a retraction by the IARC. It may be that they will win overturn the decision to list. They are palpably indignant that the matter has got this far. Philip Miller, Monsanto’s vice president of global regulatory affairs, said that: “The WHO has something to explain.” We are talking about a corporation with a Wikipedia page devoted to its history of lawsuits, with enough front to talk to The World Health Organisation like it is a naughty child.

That’s what makes California’s decision so extraordinary, but also positive.

What the future holds

Times are changing. Civil society is becoming increasing effective and well-informed, thanks to the power of the world wide web.  Monsanto has a history of lying like a rug and covering it up like one too (Dioxin, PCBs). The company manufactured agent orange for US government use in Vietnam, demonstrating its total disregard for ecosystems. Could it be that the groundswell of public hatred is beginning to move from rhetoric to something more damaging to their bottom line? Earlier this month Monsanto was buying back its shares and announcing redundancies. ‘Probably causes cancer’ has personal injury firms rubbing their hands in anticipation of mass torts, and a possible pensions scandal may leave them vulnerable to former employees spilling the GMO beans.

Despite the spread of glyphosate resistance in weeds, Roundup ready strains of soy, corn, cotton and other crops, are heralded as the future of food security and this has been borne out in many cases. These scientific innovations are fixed points. Evolution moves slowly, but it moves, and climate change is upping its pace. Those involved in seed saving and R&DIY micro farming aren’t convinced by Monsanto’s philosophy. Pests can still plague these ‘miracle crops’. Many think that food security comes from having a variety of seeds that will fail or thrive in a variety of environmental scenarios. Whether your own analysis brings you round to Monsanto’s Malthusian generosity or terrifies you, it’s not a question we can ignore. If, like Monsanto, you’re involved in mass production and mass markets, there’s no money in diversity.