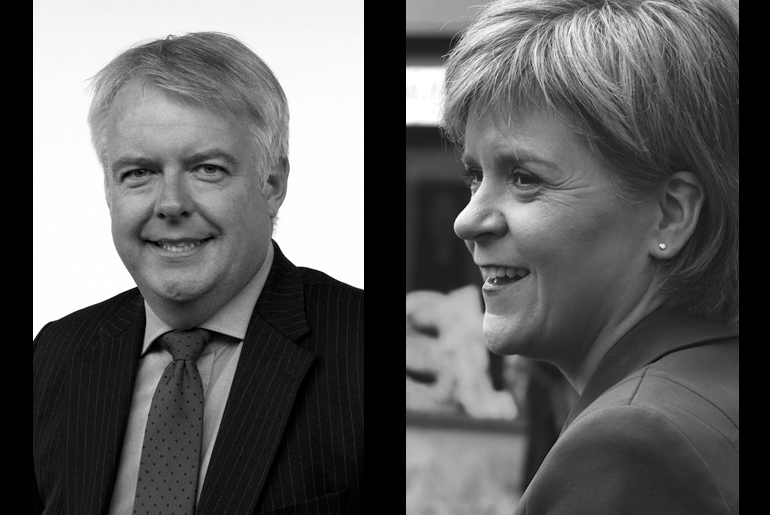 The trade union bill constitutes the biggest attack on workers’ rights for 30 years. But, with Scotland and Wales saying they’ll refuse to implement it, can the draconian legislation survive?

The bill is an extraordinary piece of legislation. At a stroke, the government will make legal striking pretty much impossible, give corporations the right to break any strikes that do go ahead, limit the right to protest of disgruntled workers, undermine unions’ work to defend employees and dramatically cut funding to both unions and the Labour party.

You can see why the Conservatives, the right wing media and the business lobby love it. But pretty much everybody else in the UK hates it – and things have started to get interesting.

Scotland has just asked to be excluded from the legislation on the grounds that it will harm the relationship between Scottish workplaces and unions, and affect employees’ rights. In a letter to the UK government, Scotland’s Cabinet Secretary for Fair Work, Skills and Training, Roseanna Cunningham MSP, wrote:

I have considered the bill very carefully and, given the extent of the risk to us around future use of this legislation, the only solution I see is to ask that Scotland is excluded from the entire bill.

Meanwhile, in Wales, First Minister Carwyn Jones has promised his government will do everything it can to resist the bill, saying he will refuse to implement the legislation for public sector workers in Wales.

Could Scotland and Wales legally refuse to implement the bill?

When the UK parliament legislates on devolved matters, “legislative consent” is required from the Scottish and Welsh governments to pass the legislation. Industrial relations and employment law are not devolved (except to Northern Ireland), so the UK government insists no legislative consent is required from Scotland or Wales for the trade union bill.

But policy areas like health and education are devolved– and will be affected by the trade union bill. So Carwyn Jones‘s comment: “We do not share the view with the UK government that none of this is devolved” and Roseanna Cunningham‘s: “This directly impacts across Scottish business and especially our devolved public services in Scotland”, suggest they are laying the groundwork to argue they can withhold consent.

Some constitutional experts suggest Scotland and Wales are on shaky ground. Others warn that the UK government is walking into a major constitutional crisis. Either way, by adding their voices to the clamour of protest against the bill – joining the likes of the police, leading barristers, the Regulatory Policy Committee, academics, human rights organisations, Tory MPs and several English local councils – Wales and Scotland are giving Cameron a massive headache and may succeed, at the very least, in delaying the bill.

The trade union bill is deliberately divisive. The rhetoric around it seeks to create divisions between “militant” leaders and ordinary workers, between “anti-business” agitators and business leaders. But with leaders from across the political spectrum and civil society refusing to join the Conservatives’ union bashing and instead celebrating the role they play in creating a just society, it’s starting to look like the only divisions the bill will succeed in creating are divisions in the United Kingdom itself.