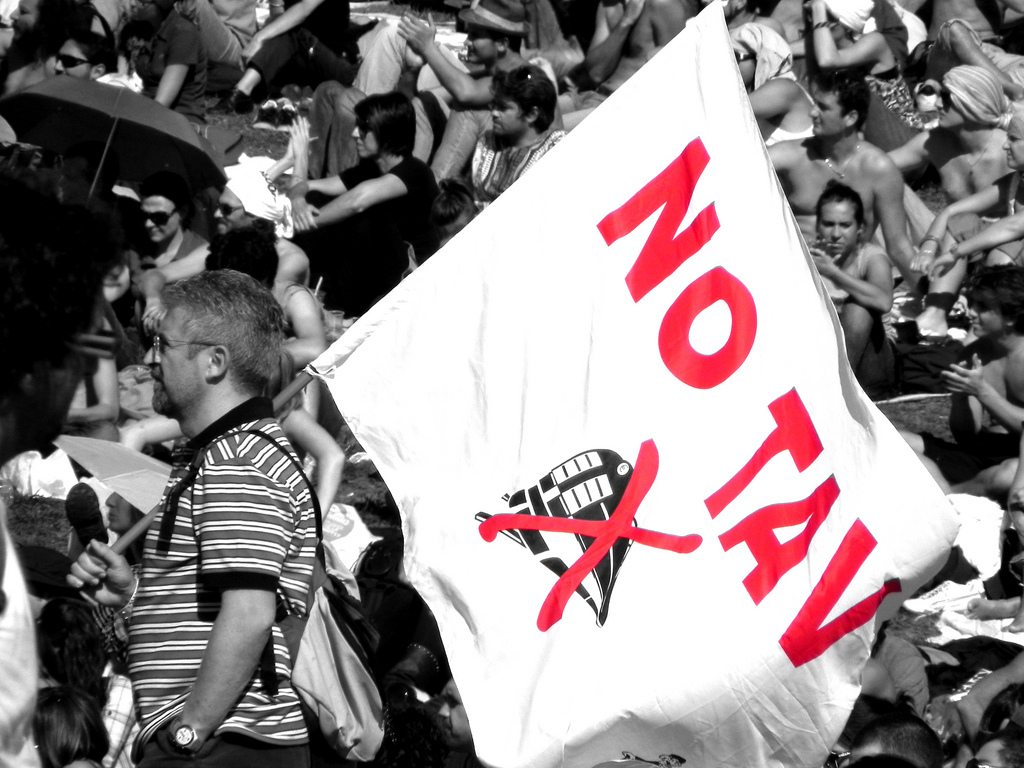 Acclaimed Italian writer and self-described anarchist Erri De Luca was acquitted of incitement to violence on Monday, in what is considered a major victory for free speech and the movement against the controversial multibillion-euro high-speed rail line at the centre of the case.

It is a case that began in 2013, when De Luca said in an interview with the Huffington Post that it was legitimate to sabotage the rail line between Italy and France known as the TAV (Treno Alta Velocità).

Lyon Turin Ferroviaire, the French company building the line, pressed charges against De Luca claiming that the writer had publicly instigated the commission of crimes and violations, thus representing a threat to the lives and safety of TAV employees. However, the writer’s comments were found not to have provoked any immediate violence or damage to property.

According to critics of the rail project, the trial was a political one, part of efforts to silence the movement against the TAV.

The No Tav movement

The TAV project involves plans for a 35-mile tunnel link under the Alps (four miles longer than the Channel tunnel), linking Turin, in Italy, to Lyon, in France.

The rail project has been the subject of a 20-year struggle, characterised by “epic tenacity”, and often violent state repression.

The majority of local residents in the Alpine Susa Valley, environmentalists and anti-globalisation activists have fiercely opposed and delayed the project.

The struggle began in 1992, but reached the mainstream media in 2005, when 20,000 people marched against the project. Since then, there has been a series of marches (involving up to 70,000 people), public assemblies, and occupations.

Two of the most dramatic events took place in 2011. On 27 June 2011, the government ordered the eviction of the Libera Repubblica della Maddalena (the ‘Free Republic of the Magdalen’) – the No Tav camp site in the village of Chiomonte, on the site of the first planned excavation on the Italian side. In the early morning two thousand police officers cleared the occupation where hundreds of protesters were staying. On 3 July thousands of protesters reacted to the state’s actions by marching up to the fences and battling with police, carabinieri, and army soldiers for eight hours. 400 people were injured in the clashes.

In January this year, 47 people linked to the 2011 clashes were sentenced to up to four years and six months in jail, to serve a total of over 140 years between them.

The construction site of the TAV has also been proclaimed an area of strategic national interest and is now protected by military checkpoints.

Rationale behind the struggle

The project is officially aimed at increasing trade, lowering transport costs and boosting commuter services. It would cut travelling time from Milan to Paris to four hours rather than the current seven hours.

However, activists oppose the project for a series of reasons.

First of all, they claim it is useless: there is no need for a new railway – the existing Turin-Modane railway is currently under-utilised, and, they argue, could support any potential increase in traffic. Thus, the tunnel would be an utter waste of public funds. Today, the projected cost is thought to be between 8 billion and 13 billion euros.

Secondly, they point to a series of environmental concerns. For example, it would involve an appropriation of the (rare) arable land in the valley. The tunnel and landfill could cause the destruction of water sources and the drying of rivers (as has happened in a similar project in the Mugello), impacting aqueducts, crops and woodland. It would also have a significant impact on the landscape and important archaeological sites in the area.

Finally, protestors argue the project appears to be a way of transferring public funds into private hands – whereby the state pays the bulk of costs, and profits go to contractors, and banks financing the project, amongst others.

It is considered not just a local issue, but a national symbol of waste and exploitation for private gain. That’s why Erri De Luca, on Monday morning, even before his acquittal, confirmed his belief that the TAV will be “impeded, obstructed and sabotaged in legitimate defence of the soil, air and water of a threatened community”.