Britain's brutal deportation policy is putting lives at risk. We must take action to stop it. - Canary 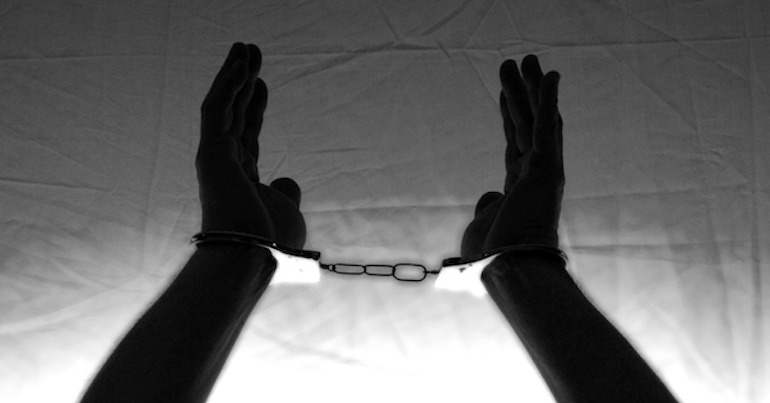 On 31 July, three women were deported from the notorious Yarl’s Wood Immigration Removal Centre to Nigeria. This isn’t the first deportation; nor will it be the last. But thousands of asylum seekers’ lives are at risk. And as public awareness grows, there are clear steps we can take to help out.

Initially, authorities put nine women on a bus to Heathrow Airport for a British Airways (BA) charter flight. The Movement for Justice campaign group and others sent tweets to put pressure on BA to refuse to fly them. Information about their situation changed fast. Authorities soon returned five of the women to Yarl’s Wood, while taking the other four to Birmingham Airport. They were so distressed that the bus driver stopped driving.

But by 10:13pm, authorities were officially deporting three women:

We are sad to say that we just had a final call from S the lesbian about to be removed on a charter flight to Nigeria. She said 1 more person from #YarlsWood was taken off the bus, there are just 3 of them from YW now being put on @Titanair flight. #StopCharterFlights (1/4)

There‘re also men from detention centres around country. looks like either @British_Airways decided not to fly them OR Tascor ‘escorts’ were lying to women to keep people ‘calm’ & sow confusion. Either way exposes brutality & injustice of Charter Flights (2/4) #NigeriaNine

Movement for Justice said that one of the women had only sought UK asylum because her life was under threat in Nigeria:

"I ran here but I did not know about asylum, i was just trying to survive so didn't claim till 2015. The home office do not believe that I am a lesbian but my life is at risk if I am sent home" #StopCharterFlights #Hungerforfreedom #Thesewallsmustfall #SetHerfree #YarlsWood (2/2)

“Everyone in detention is under threat”

Antonia Bright, a lead campaigner with Movement for Justice, told The Canary that everyone at Yarl’s Wood faces potential deportation:

Everyone in detention is under threat, though they may still be going through cases and working on applications. The risk of what will happen, or what each person stands to lose, is the critical reason why they are fighting to stay. And that doesn’t change just because they get a refusal or don’t fit some category.

Bright also explained how cruel the deportation process is:

There were rumours about a problem with the flight, and that they would use a passenger flight instead. Also, the group of women were driven around for hours and hours, [while] they reported being taken to Heathrow. They had been separated the day before, then been split up and driven around. Being given false or confusing information by escorts adds to the anxiety, which is part of the cruelty of these deportations.

According to the latest Home Office statistics, 2,545 people are currently held in detention centres. Up to 400 of these are women held at Yarl’s Wood, in conditions that Green Party MP Caroline Lucas has called “psychological torture”:

In 2017, there were 12,321 “enforced returns”, though not all of these were from detention centres. But as the Windrush scandal highlighted, there are serious issues with Home Office immigration policy.

We can all help

But although these deportations are cruel, we can help. A video recently went viral after Elin Ersson refused to take her seat on a plane in Sweden. She stopped the deportation of an Afghan man. As Bright told The Canary, there’s been similar “resistance” elsewhere, which “is powerful and impressive”. She also said:

Public awareness helps. For one thing, it makes opportunist removals harder to cover up. For example, there have been people grabbed who were never given a ticket for a flight or who have outstanding claims. Putting a spotlight on what is happening means people know and can challenge it.

Pressure on foreign embassies is another powerful tool of resistance, because individual countries could block this process. As Bright explained:

On Thursday 2 August, the Nigeria High Commission staff are visiting Yarl’s Wood. They have been called on many times to stop participating in the misery suffered by putting an end to charter flight deportations. They can say ‘no’.

A petition has also been set up to put pressure on BA and other airlines to refuse to “work with the Home Office to deport immigrants from the UK”.

Black Activists Rising Against Cuts (BARAC UK) set up the petition and explain why it’s so important:

People deemed as illegal immigrants are detained and removed using these flights – sometimes this whole process happens in as little as 2 weeks. This leaves very little time to get legal support and to appeal the Home Office’s decision. As a result people who actually have the right to be in the UK, are at risk of being deported – and disgracefully they have been.

Virgin Airlines, meanwhile, recently claimed it will stop deportations on its flights. And public pressure could force other airlines to do the same.

Together, we can stand up to the inhumane and brutal deportation process. From pressure on profit-making airlines to sharing information and raising public awareness, or brave acts like Ersson’s – we have the power to save lives.