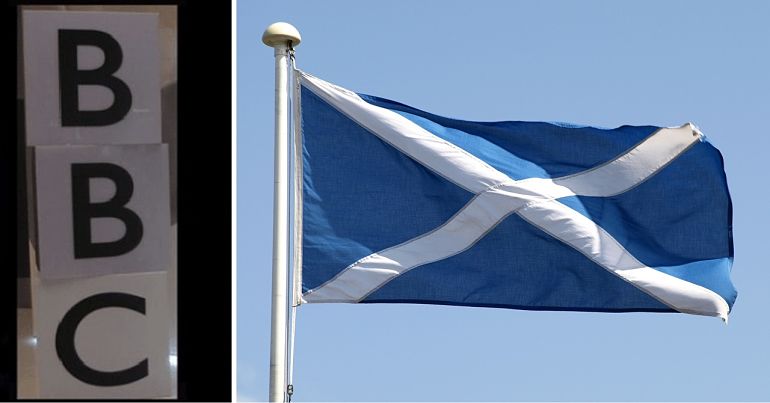 Copyright complaints from the BBC have closed down [paywall] the YouTube channel of Wings Over Scotland. Stuart Campbell, the most well-known blogger supporting an independent Scotland, runs the household name.

Following the complaints, Campbell has accused the BBC of a “crusade against pro-independence sites” and of “launching mass takedown demands that get your whole channel killed before you can respond to them”. Over the last weekend of July, BBC complaints also triggered[paywall] the shut down of prominent pro-independence blogger Peter Curran’s YouTube channel.

The BBC insists that the copyright charges against YouTube videos that include BBC footage are part of the broadcaster’s standard procedure, claiming it takes action “irrespective of the political views” of social media pages.

But the pro-independence bloggers say[paywall] that the content falls under “fair dealing”, which is an exception to copyright law that allows for criticism, reporting and review.

What constitutes ‘fair dealing’ is open to interpretation. There are only guidelines and each case is examined individually under the law with regard to what’s “reasonable and appropriate” and any commercial interest.

Pro-independence campaigners believe the copyright claims are not to do with ‘fair dealing’ and are actually politically motivated. Campbell rejects the BBC’s defence [paywall] that it acts against individuals and sites “from across the political spectrum”. He points to YouTube channels such as conservative outlet the Spectator and the Scottish Conservatives. These are among the many channels that host swathes of BBC material, with unedited footage extending beyond 15 minutes.

With that in mind, former UK ambassador and pro-independence blogger Craig Murray claims that the BBC‘s copyright complaints must be politically motivated:

Removal of criticism is the BBC’s only purpose here. The BBC is not protecting a state asset – the old news clips in question have zero commercial value

It’s worth noting the well-documented accusations of BBC pro-Union bias. The organisation Inform Scotland campaigns to highlight how the broadcaster is apparently “misreporting” the country’s politics.

Defending itself, the BBC tried to shift some responsibility onto YouTube. The broadcaster said [paywall] that its:

action is normally limited to asking for individual videos to be removed and the BBC did not ask or demand for these whole channels to be taken down. That was a decision for YouTube alone.

But, speaking on Good Morning Scotland, Campbell disputed the BBC‘s argument. He said [paywall] that the broadcaster’s lawyers:

know perfectly well that YouTube has a three strikes policy and it operates a presumption of guilt. It’s their job to know that, and everyone with a YouTube channel knows that. So they know fine that if they file 13 take down demands that will definitely lead to the entire channel being killed

The blogger behind Wings Over Scotland rounded off by saying [paywall]:

It’s surely in the public interest for the views of politicians to be readily available. Given the sheer volume of channels hosting BBC content, the broadcaster targeting prominent pro-independence blogs isn’t a good look.