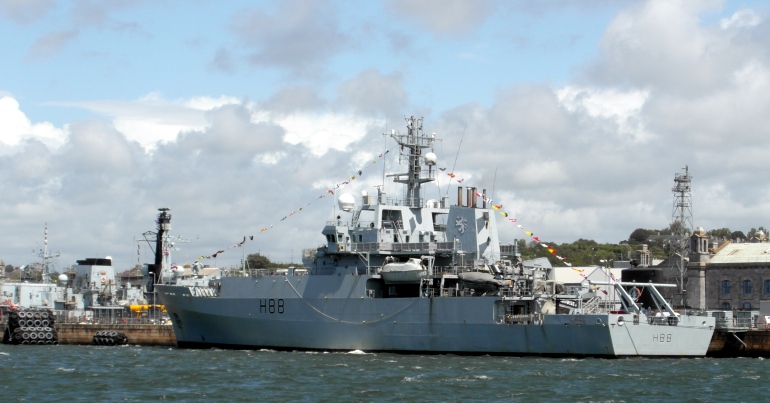 The man responsible for the 2017 suicide bombing in Manchester is in the news again. The Daily Mail has reported that the Royal Navy “rescued” Salman Abedi from “war-torn Libya” in 2014. Right-wing media has labelled Abedi as ungrateful for betraying the country that saved his life.

The Daily Mail reported the news as though Abedi was part of an evacuation of British citizens. However, it failed to mention that MI5 knowingly sent British citizens, including Abedi’s family, to Libya in 2011 to support the uprising.

The role of MI5

Revealed not only did MI6 & MI5 help UK jihadists go to #Libya to fight Gaddafi (see tweet above), but that in 2014 the UK navy was sent to rescue them back to UK. Three years later one of those rescued, Salman Abedi, killed 22 in #Manchester terror attackhttps://t.co/5SALgzARdj

Shoebridge referred to an earlier tweet, where he shared an article from Middle East Eye which reported on MI5’s role in detail.

It’s clear that the government used British-Libyans for its own agenda by allowing them to fight for regime change in Libya. Through interviews with those affected, Middle East Eye described how MI5 facilitated travel to Libya during the uprising. Members of the Libyan Islamic Fighting Group (LIFG), an anti-Gaddafi militant group, were among those allowed to travel.

An interviewee said travel restrictions were lifted and passports returned within days of British military involvement commencing in Libya:

These were old school LIFG guys, they [the British authorities] knew what they were doing.

Another interviewee stopped at the border after returning from Libya in 2011, said the MI5 officer questioning him went on to say: “the British government have no problem with people fighting against Gaddafi.”

Abedi would only have been about 16 at the time of the uprising. While his presence in Libya around that time is unconfirmed, a source in the article describes running into a group of young British-Libyans in Misrata: “They looked about 17 or 18…They had proper Manchester accents.”

The same source also described British support towards public relations for the Libyan rebels. He was responsible for editing films of British and Irish special forces training Libyan rebels, with the intention of distributing the videos to international media.

How anti-terror hysteria leads to racism and Islamophobia

Another unfortunate consequence of the news about Abedi’s rescue is that people are using it to argue against taking in refugees and migrants. Although there was no way for the authorities to know at the time that Abedi would commit such a crime, the Daily Mail suggested that news of his rescue would devastate families of the victims.

The general reaction to the news on Twitter is a combination of xenophobia, racism and Islamophobia. Apparently, the acceptable alternative would be to leave British citizens in areas of military conflict rather than risk bringing them back to Britain where they might commit terrorist acts. If these citizens are brown (or black) and Muslim, all the more reason to fear what they may become.

The real question is why the R Navy ferried the Manchester bomber to the UK. Useless border agency moto should be : if in doubt keep them out!

If the British government had not encouraged travel to Libya in the first place, it’s likely the Royal Navy wouldn’t have had to evacuate people. MI5 supported an extremist group such as LIFG, with alleged ties to Al Qaeda, to facilitate Gaddafi’s downfall. But when exposure to extremist ideology propelled Abedi to violent action, the media labelled him a terrorist and a traitor.

As so often in public opinion, Muslims, refugees and immigrants are the enemy. British media has reported Abedi’s ‘betrayal’ widely, without giving thought to the government’s role in the making of home-grown terrorists.

A community member from the mosque Abedi attended in Manchester shared how Abedi’s family had returned to Libya, which may have contributed to his isolation and made him more vulnerable to extremist groups. “I guess if your family is away from you that sense of belonging dissipates”, said the British-Libyan, choosing to remain anonymous.

Salman Abedi is an unfortunate example of how interference in the politics of foreign countries can have repercussions far beyond the control of British intelligence agencies. Yet as long as the media continues to make Islam, Muslims and immigrants the enemy, the institutions responsible for our protection will never be held to account.

– Read our other articles on the Manchester bombing.