The DWP's policies are now so hateful, the Scottish government's been asked to make them instead - Canary 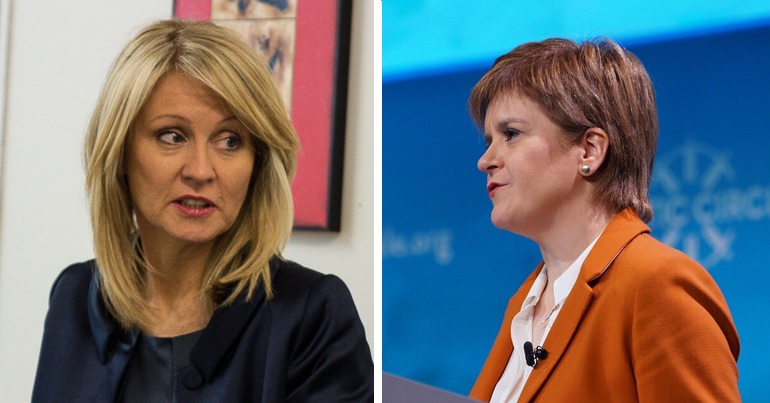 The Department for Work and Pensions’ (DWP) policies have become so hateful that MPs have essentially told it to let Scotland make them instead.

MPs on the Work and Pensions Committee made the recommendation. This advises that the DWP “engages quickly and positively” with the Scottish government to implement one of its policy ideas.

The committee took the step after it found that a DWP policy was facilitating domestic abuse and putting people “at risk”.

The Work and Pensions Committee carried out an investigation into the impact of Universal Credit on domestic violence. It found that, as it stands, the new benefits system “could put claimants living with domestic abuse at risk of harm”.

Under Universal Credit, claimants receive one payment per household rather than individual payments for each person. But this leaves the door wide open for the economic abuse of claimants. Because abusers can administer, manage and limit the payment in ways that control or threaten others. During its investigation, the committee said that it:

heard evidence that, for a minority of claimants, single household payments of Universal Credit can make it easier for perpetrators to abuse and control their victims.

The Scottish government, however, is planning to implement a split payments system, whereby each claimant receives a payment rather than each household. This would, of course, limit an abuser’s ability to withhold or manage funds in a way that controls another person. The Scottish government needs the DWP to adapt its IT system before it can move ahead, though.

the Government engages quickly and positively with the Scottish Government, seizing the opportunity to pilot different ways of splitting payments and to reach an evidence-based conclusion on whether there is a case for splitting payments by default in the rest of the UK.

In cases where dependents are involved, it also recommends that the main carer should get all or a “higher proportion” of the payment.

The UK government has recently concluded a consultation on domestic abuse. In it, the government vows to ‘transform’ its response to those affected by it – including economic abuse. Yet it previously saw fit to implement a policy that clearly holds the risk of perpetuating domestic abuse.

Now, a committee of MPs has effectively ordered the DWP to look to Scotland for ideas. But that’s not surprising. Because the Scottish parliament has voted in a number of measures to mitigate some of the worst aspects of the UK government’s benefits regime.

The committee’s conclusions are both damning and embarrassing for the DWP. Because the whole matter shows the department is now so incompetent and callous that Scotland’s government is essentially being called forth to write kinder, workable policy for it.

The DWP is truly not fit for purpose.