Amid a divided Britain, a grassroots festival is giving people the chance to 'make change, together' - The Canary 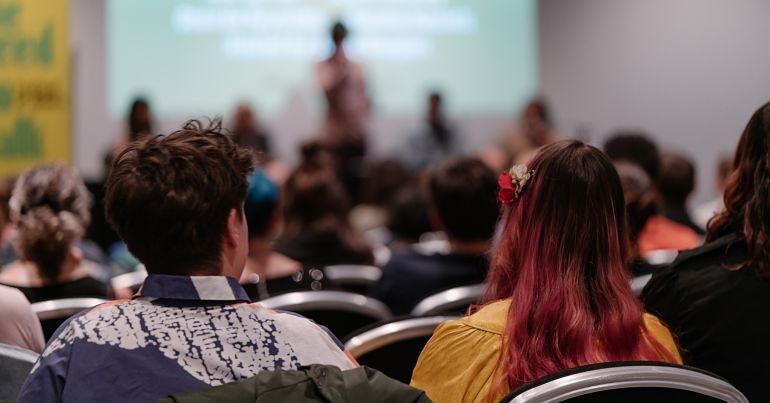 Amid a divided Britain, whose citizens are largely dissatisfied with how its ‘democracy’ functions, a grassroots festival is giving people the chance to come together and “make change”.

The Festival of Debate will return to South Yorkshire for its sixth year in April. More than 130 public events will take place in the region between 14 April and 31 May as part of the festival.

As the festival organiser Opus Independents noted in a press release, three out of five people in the UK are currently dissatisfied with their so-called democracy. Meanwhile, thanks in no small part to Brexit, the country is deeply divided. So the festival organisers say it will “provide an urgent and necessary platform for communities to come together and discuss what matters to them”. Festival programmer Joe Kriss commented:

At a time when Britain has been increasingly polarised along lines of North and South, young and old, left and right, the Festival of Debate creates a critical platform for communities to have these conversations in public. Our hope is that the festival encourages people to participate in their communities and try and make change, together.

The events will tackle key political and social issues. The climate crisis, of course, fits that bill. So environmental campaigners like broadcaster Chris Packham, journalist George Monbiot, and David Attenborough will feature in the festival.

Labour MP David Lammy, Novara Media‘s Ash Sarkar, and campaign group Led by Donkeys are all speaking at the festival too, along with a myriad of other well-known and lesser-known names. Feminist Gloria Steinem is also due to be the focus of one event. Her campaigning for gender, ethnic and social equality has recently been made into a Hollywood film.

Meanwhile, the festival will feature more Northern-centric figures as well. Gina Martin, who led the successful campaign to make upskirting illegal, will appear. So will Donna Hall, a former chief executive of Wigan Council who’s responsible for the Wigan Deal which transformed how council services interacted with communities.

Other speakers include Jason Williamson, frontman of the politically-charged Sleaford Mods, and David Olusoga, the British-Nigerian historian and BBC documentary host.

The festival debuted in 2015, aiming to encourage debate ahead of that year’s general election. Its organisers put issues rather than politics at the heart of its festival, though, which is co-programmed by over 100 individual partners in Sheffield, Rotherham, Doncaster, and Barnsley.

It aims to engage with communities across South Yorkshire. As such, most events are free to ensure there’s no financial barrier for people to attend.

In short, the organisers have put together a varied and critical programme on issues such as the climate crisis, health and well-being, democracy, equality, and more so people can come together, debate, and “make change”.