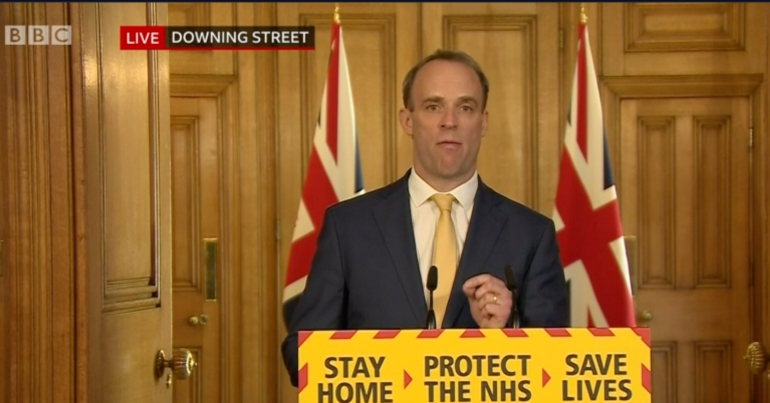 On 16 March, Boris Johnson launched the first of the government’s daily briefings on the coronavirus (Covid-19) pandemic. In total, by 8 April, there had been 23 briefings led by different members of the cabinet.

But there’s been one startling omission from every single one. Not one briefing has been led by any of the women in the cabinet.

Battle of the sexes

There are several high-profile women in Johnson’s cabinet. But in particular, there are women running departments directly affected by the pandemic. These include:

Given that the pandemic has meant a massive increase in police powers, and controversy about how those powers are implemented, Patel’s absence is perhaps the most surprising. Trade is also hugely impacted by the coronavirus pandemic. And Coffey’s Department for Work and Pensions has seen nearly a million people apply for Universal Credit in just two weeks, many of whom are facing myriad problems.

In other words, there has been variation, especially as cabinet members keep needing to isolate with coronavirus symptoms.

Yes, England’s deputy chief medical officer Dr Jenny Harries has been present at many of the briefings, alongside other women experts. And yes, it’s easy to argue that we might not be missing much from the ‘bring back hanging‘ home secretary. But this isn’t the point. This is about senior members of the government who are noticeably absent.

Women’s representation in politics has long been an issue. Even with a parliament with record numbers of women, two thirds of MPs are still men. And after Johnson’s landslide victory, he actually cut the number of women in his cabinet. Just a quarter of the posts are occupied by women.

Serious questions need asking about where the prominent women cabinet members are during this crisis. Because 23 daily briefings in succession run by men is just not good enough.