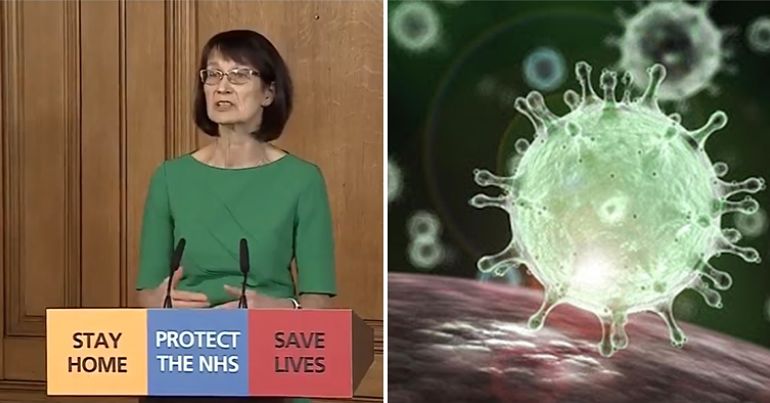 On 29 March, England’s deputy chief medical officer Dr Jenny Harries said it could be “three to six months” or more before life in the UK returns to normal from the coronavirus (Covid-19) pandemic.

Dr Harries was praised for being “calm, collected and coolheaded”. Another commentator claimed she was ‘inspired’ by the “dignified” medical officer:

I think Dr Jenny Harries is very dignified and a great communicator, she inspires me. #CoronaUpdate

But some people must have been scratching their heads at all this, given Dr Harries’ position on dealing with the pandemic just a few weeks earlier. So others took to social media to remind us of her recent track record.

Everyone praising Dr Jenny Harries must have forgotten two weeks ago she was telling us to go Cheltenham and outdoor events were fine as the virus doesn't last very long outdoors.

Stooges, every fucking one of them.

banned big sporting events and they’ve stopped mass gatherings of one kind or other.

He asked her to explain why the medical advice was not to do the same “in this country”. Dr Harries replied:

in general, those sorts of events and big gatherings are not seen to be something which is going to have a big effect

The decision to allow Cheltenham to go ahead came in for widespread criticism. Even the tánaiste (Irish deputy prime minister) Simon Coveney criticised the UK government for allowing it to proceed. Some who attended Cheltenham since claim to be showing symptoms of the virus.

In the first half of March, Dr Harries supported the government decision to keep schools open. Meanwhile, schools across Europe began to close and some UK parents kept their kids at home. In a response to former cabinet minister Rory Stewart’s call to close schools, Dr Harries said she rejected [0:03m] it “on a scientific basis”:

"I would beg to differ on a scientific basis with Mr Stewart"
Deputy Chief Medical Officer, Dr Jenny Harries, tells #BBCBreakfast their advice on how to deal with the #coronavirus in the UK is based in scientific evidence ⤵️
More here: https://t.co/QE7rPNYWtD pic.twitter.com/ILeA7XKuPs

But then from 20 March schools across the UK closed their doors until further notice.

The UK government got it wrong

The initial approach of Johnson’s government to the pandemic of creating a “herd immunity” was slammed by the World Health Organisation (WHO). Finally that strategy appeared to change.

But still NHS staff aren’t equipped with adequate personal protective equipment (PPE). Some staff have had to buy DIY clothing to compensate. This is despite a claim by Dr Harries on 20 March that:

The country has a perfectly adequate supply of PPE.

A few days later she reiterated that “there is kit available to go around the country currently”:

Award-winning editor-in-chief of the Lancet Richard Horton called the lack of PPE equipment a “national scandal”. He said the government wasted time in beginning testing and getting PPE ready when it “knew in the last week of January that this [coronavirus] was coming”.

As The Canary has reported, not only does the government approach of moving from one strategy to another not inspire confidence, it could cost lives. So while the ‘honesty’ of predicting an effective six-month lockdown may be welcome now, British people needed action much sooner.

Now people need to know they can trust what leading figures say and do at this critical moment. Let’s hope the government and its advisers have finally got it straight.