While the British media portrays Johnson as a hero, poor and BAME people are dying at alarming rates - The Canary 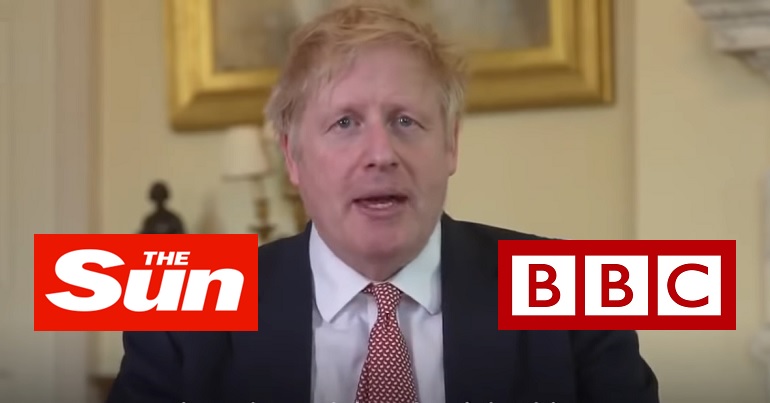 On Sunday 3 May, the Sun published an exclusive interview with Boris Johnson detailing his experience of coronavirus (Covid-19). It seems the British media is prepared to do anything to try and distract from the government’s woeful handling of the pandemic. And it’s also shifting attention away from the people the pandemic is harming the most.

An article on the Sun‘s website showed an image of the print headline, “Docs were ready for me to die”: 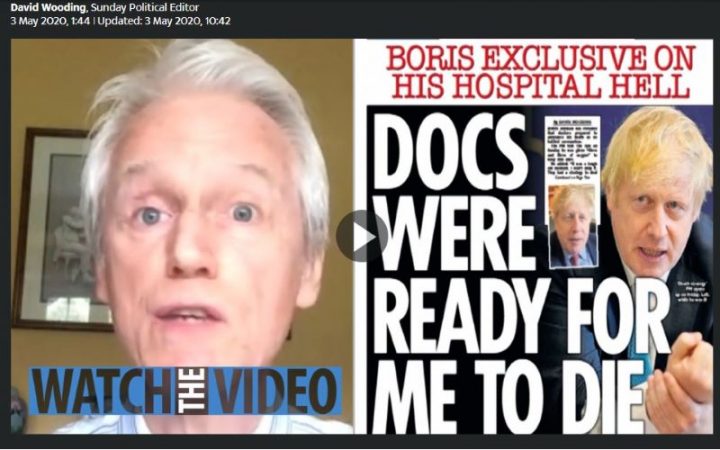 The details of Johnson’s condition will be known only to him and his doctors. But a timely story on his ‘near death experience’ does serve as a convenient way to evade public scrutiny.

Johnson’s claims were later repeated uncritically on the BBC. In his Sunday morning show, Andrew Marr remarked on “how close to death Boris Johnson actually got”. Johnson’s belief that he wouldn’t really die because of an attitude of “buoyancy” was also repeated on the show. Twitter user Mary-Ellen pointed out why this framing can be so harmful:

Dear god, it gets worse. Johnson's recovery is purportedly due to his 'buoyancy'. The corollary being that the 28000 who died had the wrong attitude. UK leads on victim blaming. Press lead on blatant attempt to to remove the sting of 3rd highest death rates. #Marr

Where is the accountability?

While the media’s role should be to hold the government to account, this clearly doesn’t seem to be the case in the UK. Mary-Ellen is right to point out that we must remember the number of deaths and the fact that the UK currently has the third-highest coronavirus death rate in the world.

The portrayal of Johnson as some kind of hero who survived coronavirus on account of his “buoyancy” is bordering on propaganda. Moreover, it minimises the suffering of thousands who actually have died from the disease. Let’s also not forget that being prime minister would have helped Johnson to be prioritised for hospital admission. Yet the current strain on hospitals has meant that even severely ill patients, including NHS staff, haven’t been admitted to hospital.

The virus does discriminate

Media framing is a funny thing. On the one hand, we were told that Johnson falling ill meant the virus “does not discriminate”; that the prime minister is just like anyone else. On the other, we’re sold exceptionalism by being told that Johnson’s resilience helped him to overcome death.

Research into how coronavirus has affected different demographics, however, shows that the virus very much does discriminate. Recent figures from the Office of National Statistics have shown that the death rate in poorer areas is double that of less deprived areas. The Joseph Rowntree Foundation explained the reasons for this in a press release:

It can never be right that someone’s life chances are so profoundly affected by where they live or how much money their family has.

It’s crucial that all aspects of the spread of this virus are carefully examined, but we know that people in more deprived areas are less likely to have jobs where they can work from home. This means they may have to face a very significant drop in income or keep going to work, facing greater risks of catching the virus. They are also more likely to live in overcrowded homes, increasing the risk for whole families. This just is not right.

The Canary has previously reported on how low paid workers are at greater risk of catching the virus. Among other factors, this is due to precarious contracts, poor working conditions and many not having the option to work from home. The disproportionate impact of coronavirus on Black, Asian and Minority Ethnic (BAME) communities has been reported widely. The situation is not a coincidence – in an article for the Independent in 2017, Ash Sarkar noted:

BAME households in the UK are twice as likely as their white counterparts to be amongst those hardest hit by austerity and BAME workers are over-represented in insecure and low-paid forms of employment.

Reflecting on the causes, for higher death rates among BAME people, Omer writes:

Alongside the unprecedented death toll and financial strain, the pandemic has shone a harsh light onto the working conditions of our key workers from black, Asian and other immigrant and ethnic minority backgrounds. While many of those people – the healthcare professionals, the care workers, the bus drivers, the cleaners – have been telling us of the problems that they face for some time, it is only now, in a time of extreme crisis, that we have begun to listen.

Omer goes on to say:

We must not forget that in these numbers and statistics lie the human stories of very real, complex, people across the country. People like 36-year-old mother of three Kayla Williams, a black woman living in south London, who died in her flat after having called 999 with severe coronavirus symptoms. She was told she was “not priority”.

Some BAME NHS staff have also reported concerns around bias in assigning them to care for coronavirus patients. As a junior doctor tells Omer, “It’s just another one of those things where black and brown bodies are seen as expendable”.

At the end of the day, to suggest that Johnson recovered from the virus because of some innate ability to survive is simply victim-blaming. It suggests that those who died from the virus could have survived, if only they had applied Johnson’s ‘buoyant’ attitude. And for the media to report such claims uncritically is highly irresponsible.

Johnson managed to recover from the virus because he was fortunate enough to be admitted to hospital in time. Many people privileged enough to work from home and avoid public transport are able to shield themselves from exposure to the virus. White NHS staff don’t have to worry about racial bias affecting their chances of being allocated to wards with coronavirus patients. The pandemic has, if anything, only made the gross inequalities embedded in our society even more obvious. And now, at an alarming speed, it’s killing those who are most disadvantaged.